Jihan Wu, the former CEO of Bitcoin [BTC] mining equipment manufacturer Bitmain and massive Bitcoin Cash [BCH] proponent has decided to call it quits with the crypto-camps, opting to make his way into the institutional fray. In a stark turn of events, Wu has reportedly established a FinTech start-up Matrix that will veer away from the retail space.

BTCKING555, a popular figure within the online cryptocurrency community tweeted that they received a “pitch deck” from an “insider” for the aforementioned start-up. The tweet detailed that Matrix, its touted name, would cater specifically to institutions; this follows Wu’s ousting from Bitmain’s upper echelons, which occurred earlier this year. 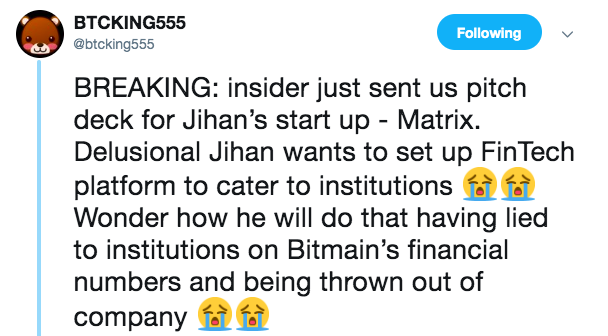 The latter half of BTCKING555’s tweet references another one of the Twitter handle’s accusations against Bitmain. Back in March 2019, the handle stated that Wu “duped” the mining giant’s “Asian investors” amounting to “$12-$14 bn” on the basis of a “promise of IPO”. 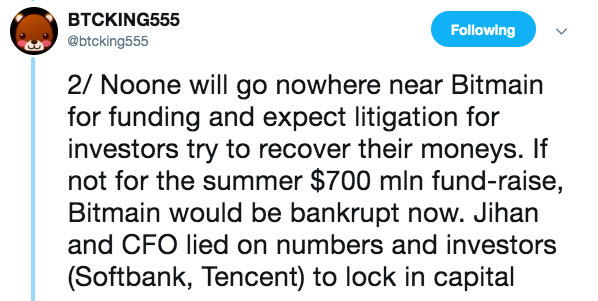 BTCKING555 added that this warning was mentioned earlier in August 2018, with the handle pleading with investors not to pledge their funds with Bitmain. Citing unconfirmed sources, the handle also added that a “class action” was “in works in Hong Kong”.

In light of Wu backing Bitcoin Cash and Roger Ver, the CEO of Bitcoin.com and ardent BCH proponent, BTCKING555 finds it curious that BCH was not mentioned in “the deck”. 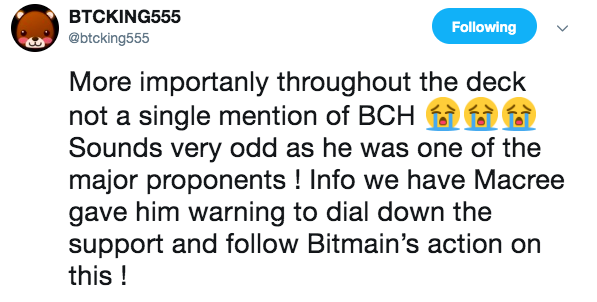 This follows the January exodus of Jihan Wu from the position of CEO of Bitmain following his siding with Bitcoin Cash, which proved to be fatal for the company. When the BCH hardfork ensued in November 2018, the poor performance led to Wu being demoted from director to supervisor with further speculation that Wu and Ketuan Zhan, another co-founder would be removed in December 2018.

Jihan Wu’s Matrix news follows the failed prospects of the Bitmain IPO by the hands of the Hong Kong Stock Exchange (HKEx). Bitmain’s IPO with HKEx surpassed its six-month expiration date in late-March, based on the exchange’s listing rules citing lack of confirmed reports of a Committee hearing.

BTCKING555 also added the below picture: 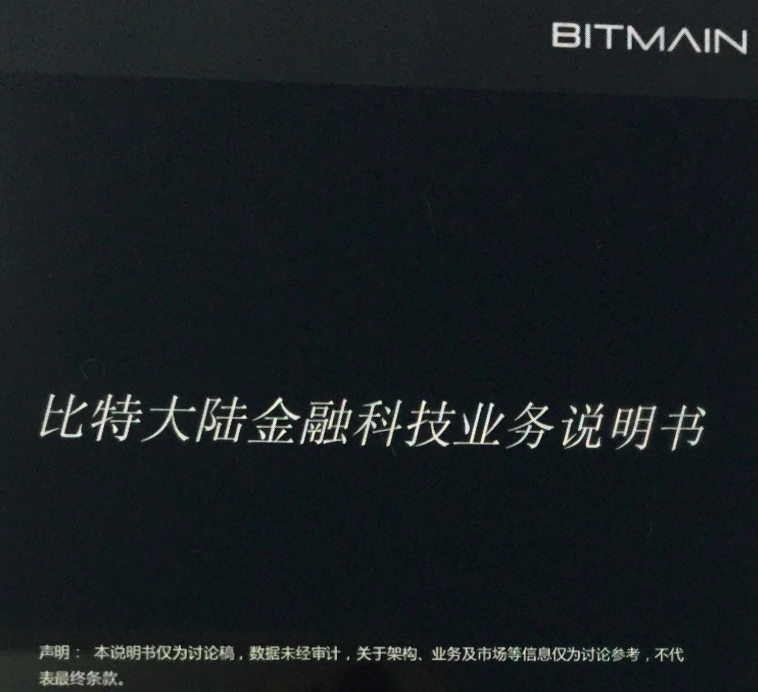 The post Bitmain: Jihan Wu rumored to have established FinTech platform Matrix with no inclusion of Bitcoin Cash appeared first on AMBCrypto.