The prices of most cryptocurrencies spiked on May 26. However, the ongoing market trend raised several eyebrows, with respect to this sudden surge. Whale Alert, a tracker of large cryptocurrency transactions, flagged many large USDT transactions from Tether treasury, Bitfinex, and other unknown wallets. 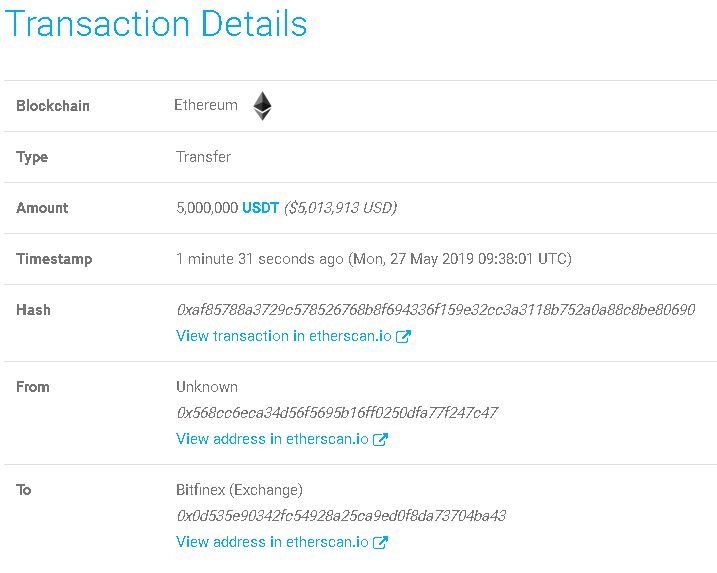 The sender of this lump sum amount to Bitfinex was identified to be the same wallet address that received 9,990,000 USDT from Tether Treasury on May 27 at 06:24:35 UTC. 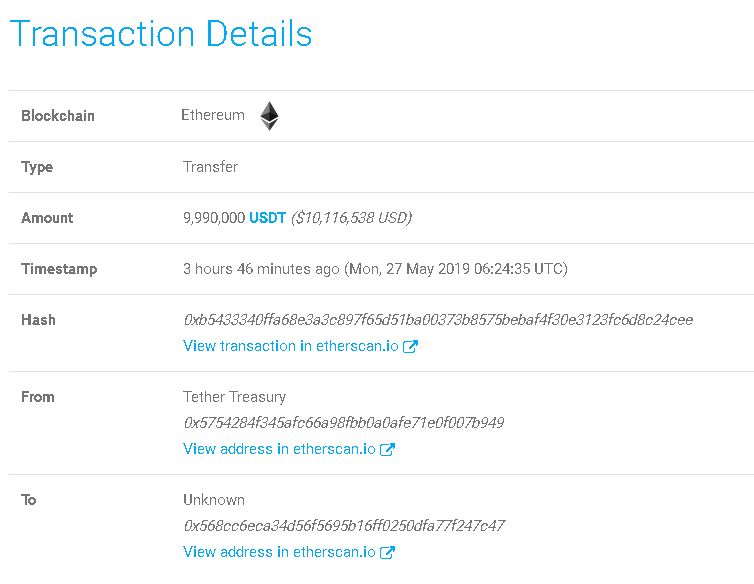 Three days ago, Bitfinex transferred 15,000,000 USDT, which was worth $10,037,112 USD, to Tether Treasury, while Tether transferred a sum of 20,000,000 USDT to Bitfinex. There are many addresses that are not recognized even by Whale alerts and are termed to be unknown. However, these accounts have been fundamental to several transactions of significant value over the past few days.

The post Bitfinex receives 5,000,000 USDT from an identified, yet unknown wallet address appeared first on AMBCrypto.