Bitcoin price on Bitfinex dropped to 1.2 percent in comparison to other exchanges, and the premium of the iFinex-operated top stablecoin Tether [USDT] is 0.4 percent, as attested by Larry Cermak, an analyst at TheBlock. Cermak added that this is an indication of “less risk” percolating in Bitfinex. He tweeted: 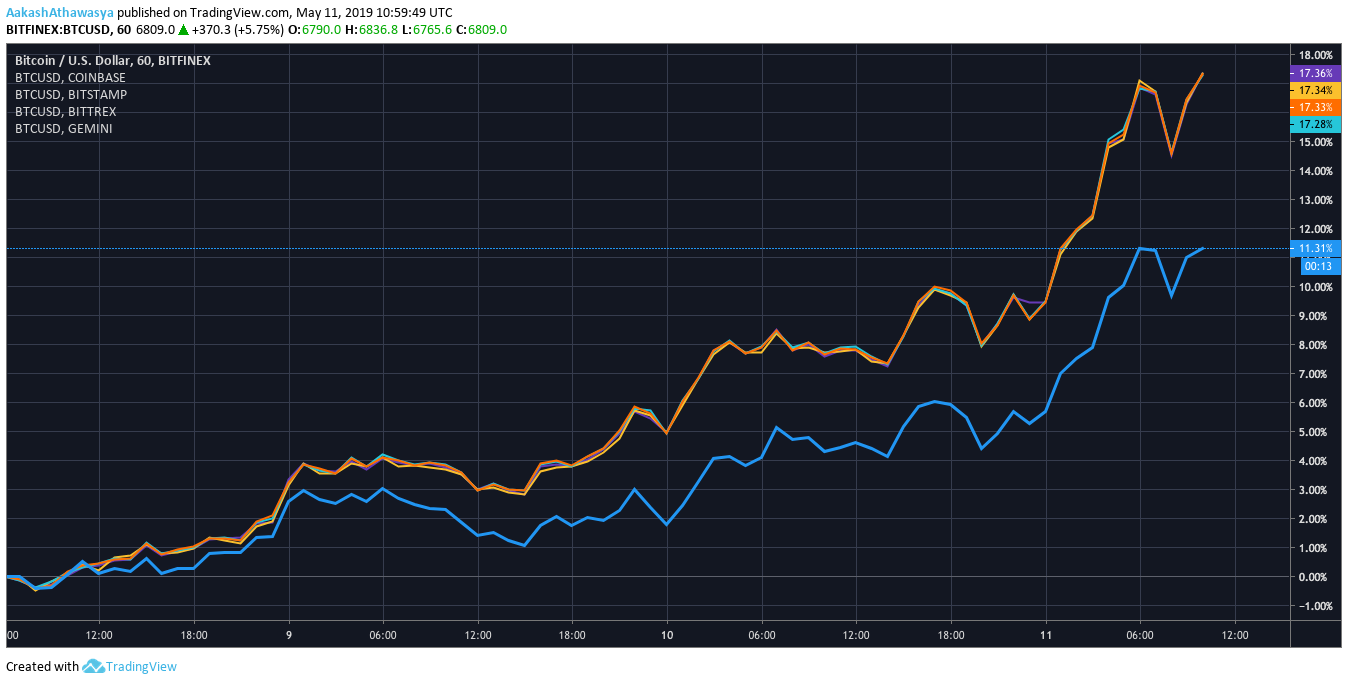 As can be seen from the BTC price on Coinbase, Bitstamp, Bittrex, Gemini as opposed to Bitfinex, the price listed on the first four exchanges is around $6,840, with a deviation as low as $3, while Bitcoin is traded on Bitfinex at $6,809, a reverse movement, but still closing the gap between its contemporaries.

Following the release of a report by the New York Attorney General citing the cover-up of undisclosed losses amounting to $850 million, the price of Bitcoin was inflated on the exchange, resulting in several arbitrage opportunities for traders. The report added that Bitfinex used its Tether [USDT] reserves to hide the losses, leading to the stablecoin’s premium also rising.

Since the debacle surfaced, the exchange hit back at the NYAG questioning the body’s jurisdiction, legal standards and authority over the matter, but, more importantly, to remedy to the fiasco, Bitfinex launched their own native tokens, LEO. The first positive sign for the exchange in weeks was that the tokens were “oversubscribed”, according to Fundstrat’s Tom Lee, indicating a decline in the spread and a return of investor confidence.

In light of this Bitfinex return, Mati Greenspan, a senior market analyst at eToro, stated on May 9:

“Bitfinex premium is finally eroding. Now just $75 higher than the rest of the market.”