Bitcoin [BTC], the largest cryptocurrency by market cap, made another record for the year yesterday as the price surpassed its previous all-time high for the year. The coin marked a new resistance level as it closed in on the $9000 level, hours after it broke through the $8500 level.

According to CoinMarketCap, at press time, the largest cryptocurrency was trading at $8717.71 with a market cap of $154 billion. The 24-hour trading volume of the cryptocurrency was $30.791 billion and the coin recorded a hike of over 10 percent in the past seven days.

This parabolic rise of Bitcoin however, continues to be fatal for Bitcoin short traders. With the coin reaching its all-time high, around $131.4 million shorts were liquidated on BitMEX, a leading cryptocurrency exchange and derivatives trading platform. The trading platform enables traders to either short or long their Bitcoin, based on the market condition, with the exchange providing leverage of up to 100x on some of its products. 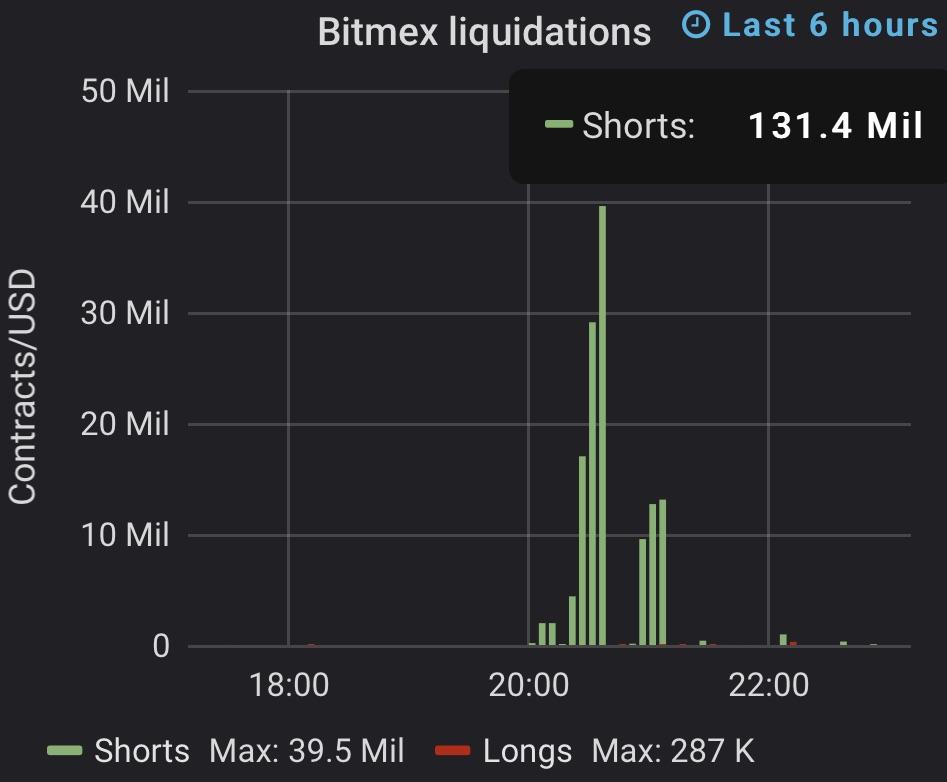 “Before crypto, retail never had such an easy way to trade with margin. And now all the noobs are getting rekt. It just shows how “trader” psychology works.”

“Bitmex is the biggest winner of this whole market. These guys are making a sick amount of money.”