Bitcoin [BTC] might be over $10,000 from breaking its all-time-high [ATH] against the world’s premier fiat currency, the US Dollar [USD]. However, another prominent national currency is now left in the king coin’s wake. The Argentinian Peso cannot hold its own against Bitcoin, with the virtual currency breaking its ATH against the former.

ARSUSD charts show the Latin American currency dropping from $0.053 in January to $0.021, at press time, almost replicating the virtual currency’s movement, but in the opposite direction.

Following this most recent price pump, Bitcoin broke its ATH against the Argentinian peso, on the basis of GDP per capita, placing it under 394,000 ARS, which the coin was trading above. This price surge placed Bitcoin’s price above the December 2017 high, a time when BTC’s price closed-in on $20,000. 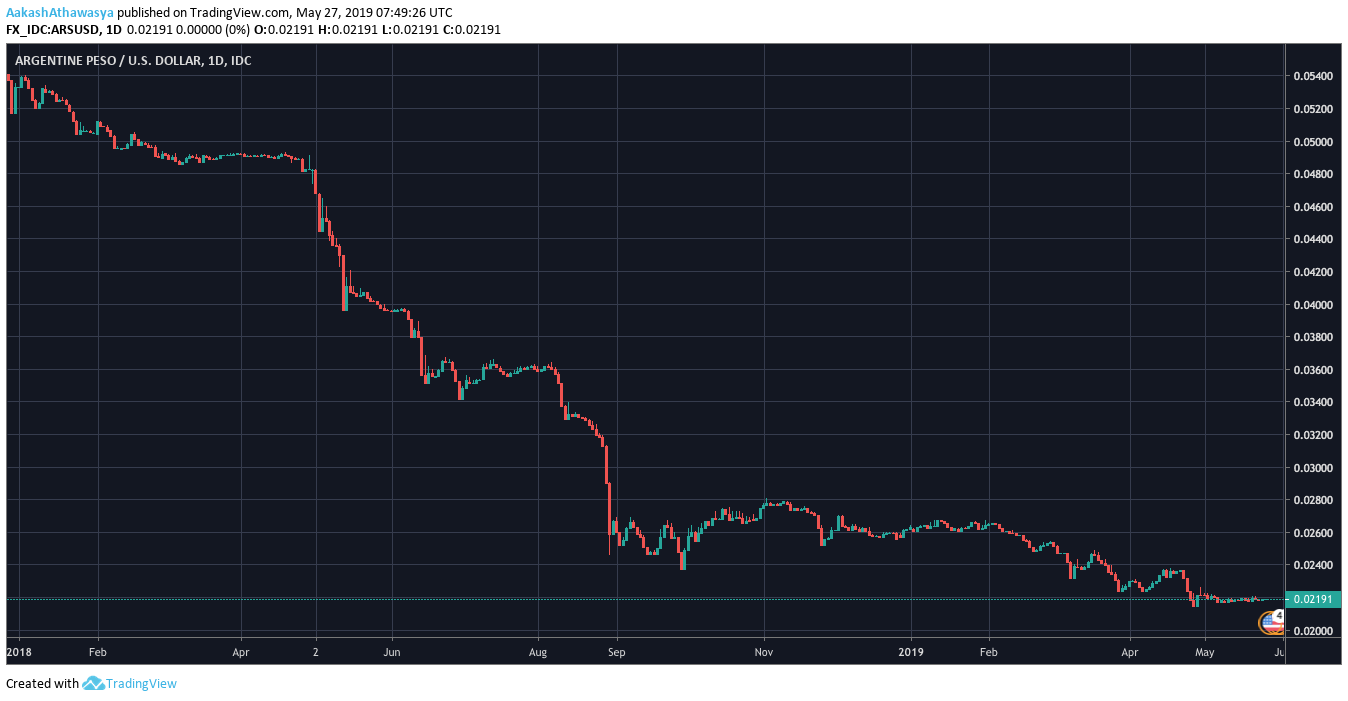 Bitcoin’s bullish movement aside, Argentina’s financial woes have greatly contributed to this plummet. With the country set to face national elections in October 2019, political turmoil has adversely impacted the country’s economic situation.

Financial Times quoted several analysts at Amundi Asset Management, stating that if ex-President Cristina Fernàndez de Kircher returns to power, “asset prices” will “react negatively.” To add to this, the interest rated in the country is set at 70 percent, in an attempt to lull people into the Peso.

Bitcoin’s overtake of the ARS is indicative of two things, both positives for the cryptocurrency community. First, the price of the cryptocurrency is rising and as many analysts point out, will continue to rise as it is the year before the halving. Second, with the economies and fiat of countries such as Argentina and Turkey struggling, the argument of crypto-over-fiat is strengthened.

The Turkish lira [TRY] is another fiat currency that is firmly in the cross-hairs of Bitcoin. The fiat currency has been plummeting and is now only 20,000 TRY away from the BTCTRY all-time-high. To put that difference in perspective, prior to Bitcoin even breaking $4,500, the top cryptocurrency was priced at around 23,000 TRY. 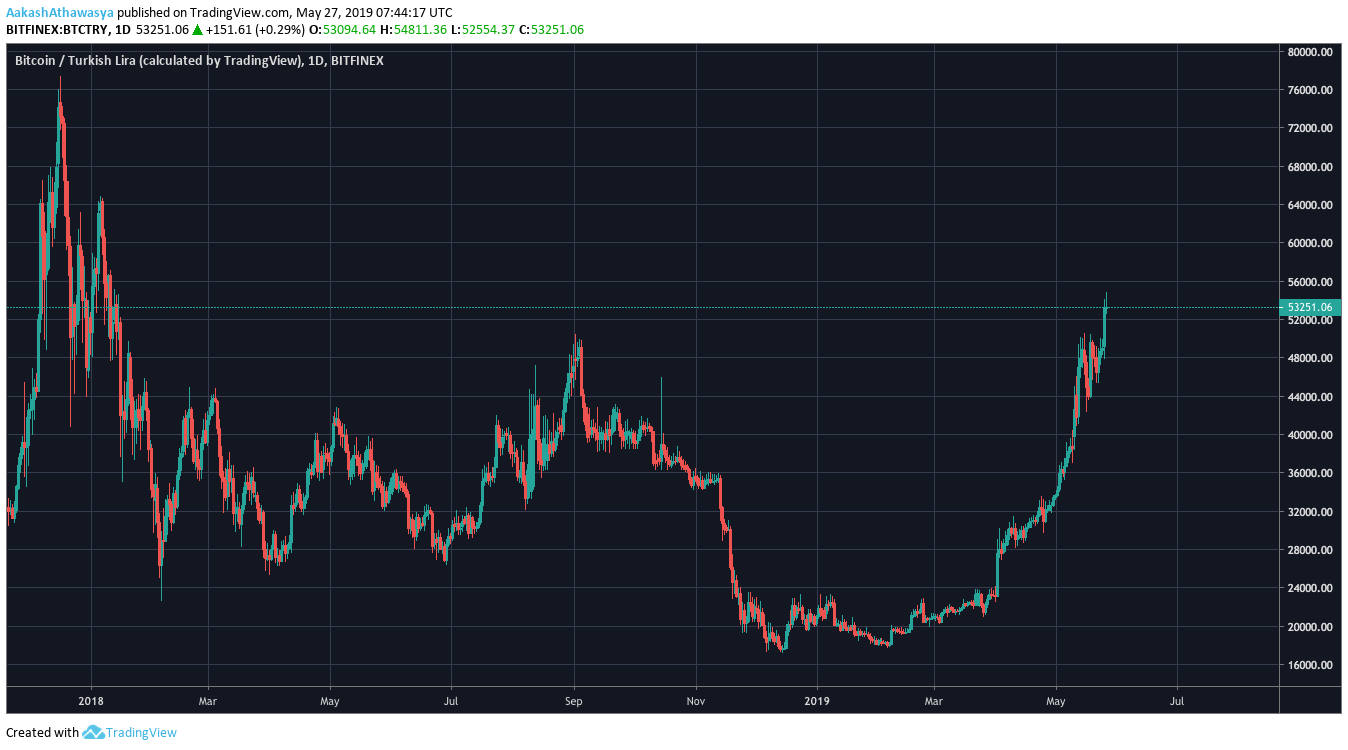