All of the transactions were sent from one wallet: 18mkjbVaHAcMauL6iiy7zm9VjMYCjy4UU1, which was the 15th largest Bitcoin wallet, according to BitinfoCharts.

At the time of writing, there were only 2 confirmations for this transaction and it cost about $25 in fees. All transactions except one, do not have more subsequent transactions, i.e, the 12,000 BTC transaction to the 33LcXfaeL8jPUUntAXXJbNGxDnxGtRfnbc wallet address. 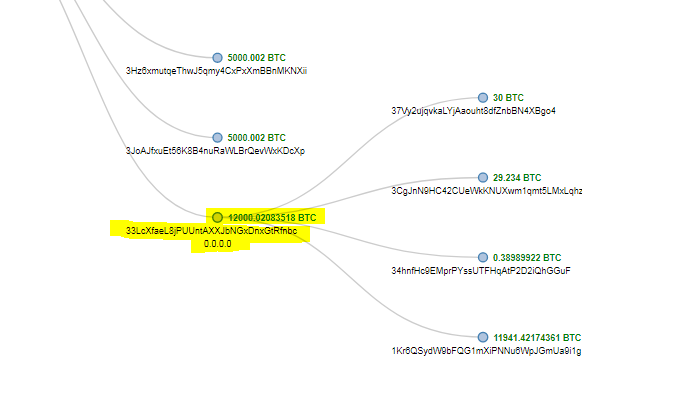 This transaction, highlighted in yellow, was further split into four transactions to different wallets. According to Whale_Alert, this wallet (that is highlighted) belongs to Bitfinex. The sender of the 45,000 BTC, at press time, had zero balance.

Bitcoin’s rally that started on April 30 and May 01 does not seem to be stopping anytime soon, as it is undergoing a snowball effect from the whales that have entered the market.

The post Bitcoin worth $363 million transferred from single wallet to multiple wallets appeared first on AMBCrypto.