Bitcoin worth $356 million, at press time, was moved from a single wallet to two different wallets, with no further transactions occurring. This transaction contained a total of 48,000 Bitcoins.

This transaction as seen on the Bitcoin blockchain makes one of the receivers the 14th largest Bitcoin wallet. The sender has had the balance of 48,000 since December 29, 2018, but came down to zero, at press time. 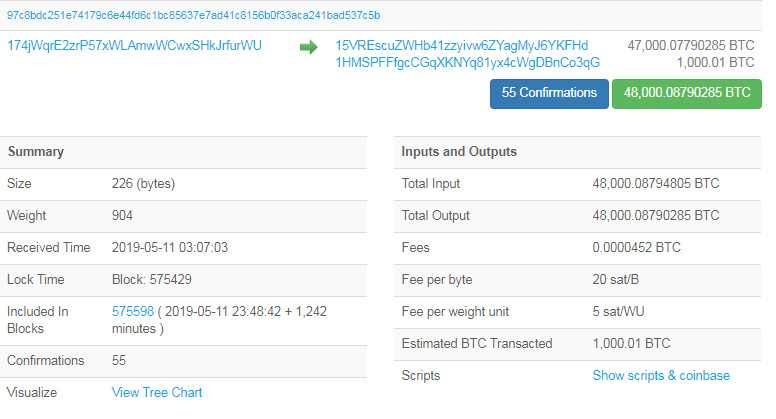 The recent pump in Bitcoin’s prices has brought forth a frenzy last seen during 2017 bull rally; however, some believe that this rally could be a short squeeze. Others speculated that Bitcoin’s rally will come to dump once Binance activates withdrawals and deposits that were closed after the hack.

A bunch of other people speculated that this rally is similar to the one that occurred when CFTC first filed a lawsuit against Tether in 2017. @Bitfinex’ed, a  Twitter user commented:

Bull run or not, there are massive transactions of Bitcoins being moved to and from wallets, bringing all of the dormant Bitcoin bulls out of the closet.

The post Bitcoin worth $356 million was moved to two separate wallets appeared first on AMBCrypto.