The cryptocurrency market has been a victim to multiple hacks where exchanges and users lost various cryptocurrencies. One of the recent examples was the Binance hack where 7,000 BTC were stolen from Binance’s hot wallet. However, with vigilant tracking apps, these funds can enter the system and it is difficult to identify when mixed with other funds. Many websites actively help move black money when converted into crypto and other illegal activities.

Whale alert, a tracker of large cryptocurrency-related transactions, could be used to follow suspicious transactions. A recent Whale Alert highlighted a transaction on May 24, where a large sum of Bitcoin [BTC] exchanged hands between two anonymous wallets. According to the alert the transaction took place at 22:13:23 + 1 minutes and 5,000.00001092 BTC was transferred from an unknown wallet, with address 19SiCYaYKZh9A8HUjuh14eg5wtYzKxiFbB, to another unknown wallet with address 14GcjGjxwadzcpmq9EG3KUgTKATjurbnWt. The hash rate for the transaction was reported to be 7178961eed5844d218b36d0b17b2ec6758d28311449a1c14d98176aa99b63fb7. 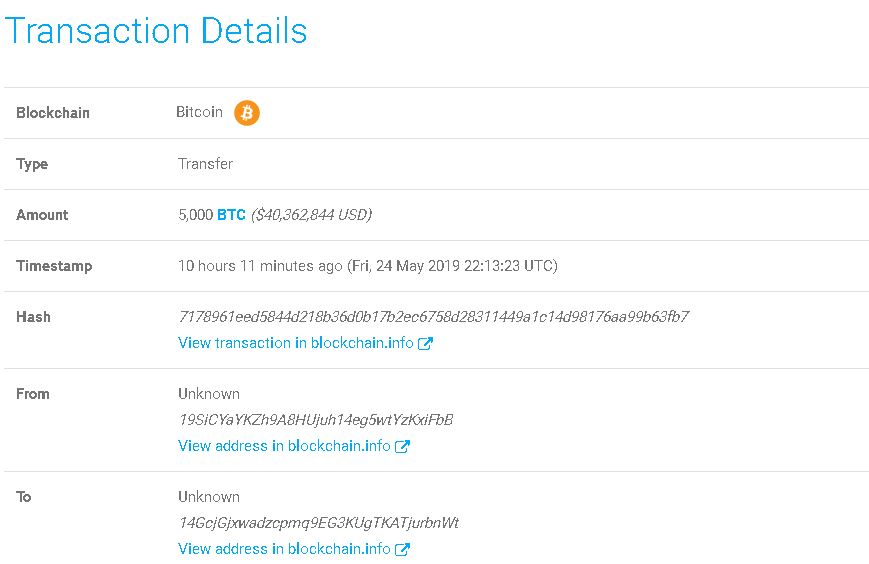 The Output from the recipient’s account was split into approximately 103 Bitcoin bech32 wallets, where each account received 49.74996413 BTC, except one regular Bitcoin wallet that received 25 BTC.

While investigating further this thread, three OP_Return transactions were found with addresses 17A16QmavnUfCW11DAApiJxp7ARnxN5pGX, 1JpiTWauQdtysbynNp88dWeuyg2gBbKDcT, and 1Q7cu7WkeDurYgffeEc9CEnA6zLohbh9iQ.

The addresses had messages in Hex which translated into

And another similar text that read:

“BESTMIXER.IO | MIX YOUR BITCOINS TO STAY SAFE AND PROTECTED!” 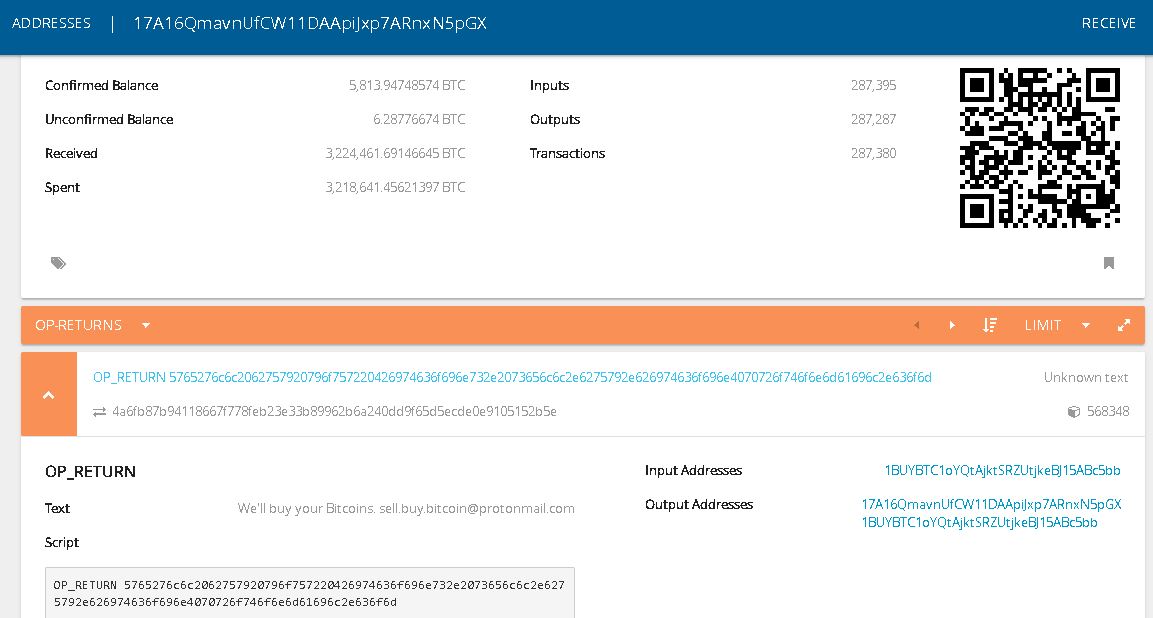 Even though AMBCrypto found three such addresses without going through all the transactions on this thread, there could be multiple websites working towards helping people hide cryptos by mixing them under large transactions. The above sites offer to buy a person’s BTC and sell it through a different market. The organized behavior of these transactions from one to many doesn’t hint at a manual approach.

Apart from moving large volumes of BTC for a probable dump, many other cryptos have been transacted through various platforms. Whale Alert had been flagging many USDT transactions to and fro from Bitfinex and Tether Treasury, and other accounts. Recently, 100 million USDT was printed, increasing Tether’s market cap, reaching its all-time high.

The post Bitcoin Wallet receives part of 5,000 BTC; speculated to be linked with wash trading and mixing appeared first on AMBCrypto.