Bitcoin Satoshi Vision [BSV], the eighth largest cryptocurrency, soared by over 16 percent earlier on May 29, with the coin reaching its all-time high of $198.99 on Bittrex against Tether [USDT]. Nevertheless, the price of the cryptocurrency seems to be undergoing a correction as it recorded a slump of over 4 percent in the past one hour, according to CoinMarketCap. 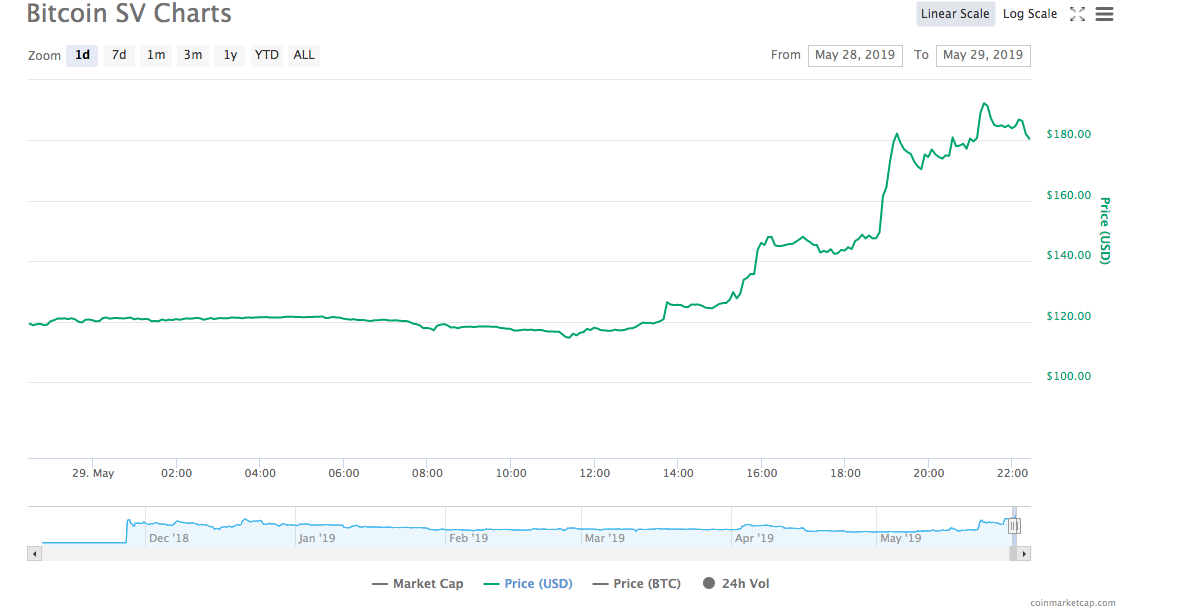 Dovey Wan, a Founding Partner at Primitive Ventures, stated that the reason behind the sudden hike was because of a “false news” concerning Craig Wright, the self-proclaimed Satoshi Nakamoto. She stated on Twitter,

The trick is easy and constantly used by many scams – all chinese crypto media circulate the breaking news via picture as above in wechat, instead of news link. So anybody can just use the same theme template and photoshop one

She further stated that the message translated to Craig Wright transferring 50,000 BTC from “the biggest” Bitcoin wallet to Binance. Interestingly, the transactions “confirmed” that Craig Wright was indeed “the real Satoshi” because of which Changpeng Zhao, the CEO of Binance, was going to re-list the cryptocurrency on the platform and also make an “official apology on Twitter”.

Wan went on to state,

“[…] it’s fake af but many retail will believe it for a while before they figure out it’s fake. I don’t know how much this contribute to the pump, but this fake news snapshot went viral in many Chinese retail groups around the same time and folks (thought it was real) got super excited abt it CHINESE RETAIL IS THE BEST HERD EVER”