Spencer Bogart, the General Partner at Blockchain Capital, recently released an analysis on Bitcoin titled ‘Bitcoin is a Demographic Mega-Trend: Data Analysis’. The analysis was based on an online survey conducted on 2029 American adults, concerning their views on Bitcoin. The survey provided insight into their awareness, familiarity, perception, conviction, propensity to purchase, Bitcoin preference rates, and ownership rate, along with a comparison to October 2017 data.

The report stated that 28 percent of people believed that Bitcoin would be used by a majority number of people in the coming 10 years; their answers ranged of ‘strongly’ and ‘somewhat’, which was a rise of 5 percent compared to October 2017.

In terms of purchasing Bitcoin in the next five years, 27 percent out of the 2029 American adults indicated they were “very” or “somewhat” likely to do so, indicating an increase of 8 percent in comparison to October 2017’s 19 percent. 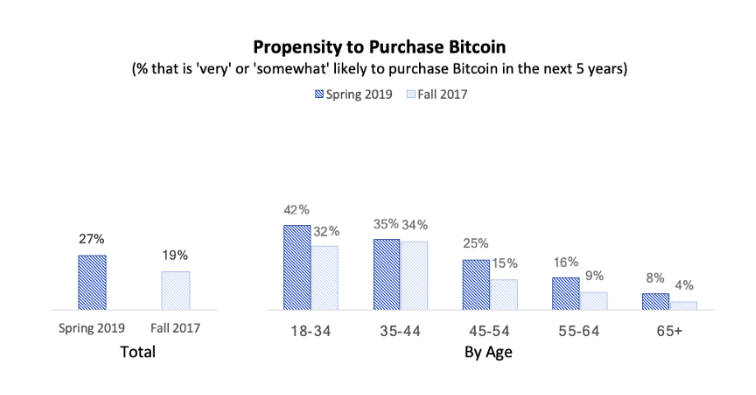 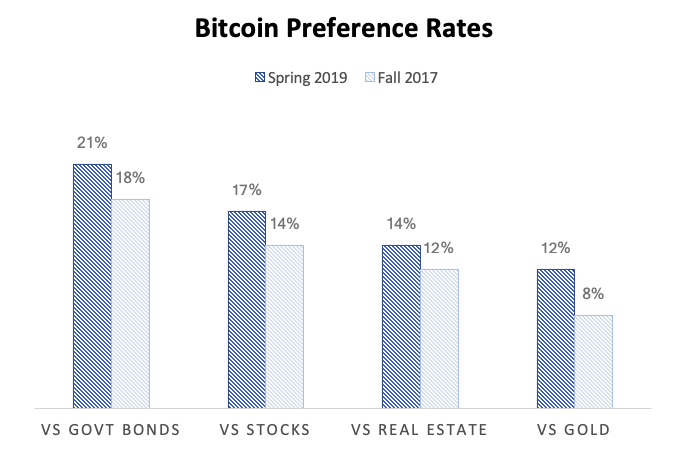 “In total, 11% of the population owns Bitcoin — including 20% of those aged 18–34 and 15% of those aged 35–44[…] To help put the millennial proclivity to Bitcoin in perspective: Only 37% of people under 35 are invested in the stock market -  so the data point that 20% of those in the same group own Bitcoin is particularly surprising.” 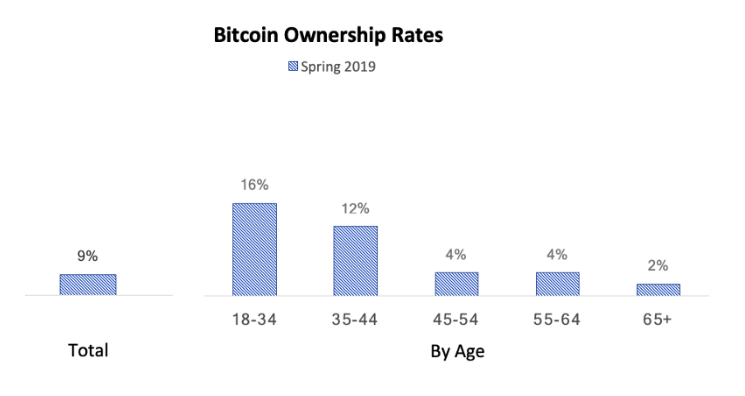 “Takeaways: Despite the bear market, the data shows that Bitcoin awareness, familiarity, perception, conviction, propensity to purchase and ownership all increased/improved significantly The results highlight that Bitcoin is a demographic mega-trend led by younger age groups.”

The post Bitcoin [BTC]: Younger demographics lead the way in terms of conviction and ownership appeared first on AMBCrypto.