Opinion: Bitcoin’s rally from April surprised everybody as the price increased by 107% in under 45 days in a bear market. This made a lot of the users believe that it was the start of a bull run. However, a few people in the ecosystem think otherwise and are waiting for the confirmation of the start of the actual bull run.

But why isn’t this a bull run?

Bitcoin has risen dramatically, which shouldn’t come as a surprise considering the previous rallies. Usually, there is momentum behind such rallies, and the momentum reduces as time progresses, which leads into a correction phase. If it is a reversal of trend, then the price creates a higher high. In Bitcoin’s case, this hasn’t happened yet and hence a lot of users are waiting for the correction which is a confirmation.

Proceed With a Grain of Salt

History of price action gives an idea of the things to come, but it has to be taken with a grain of salt. The price of Bitcoin has a history of increasing significantly the year leading to halving. The third halving is set to happen on May 23, 2020, which leaves us with a year and a few days.

The chart attached below gives a similar view of the things to expect with Bitcoin’s price in the year 2020. From the charts, it can be clearly seen that Bitcoin was making higher highs and surging a year leading to the halving date. 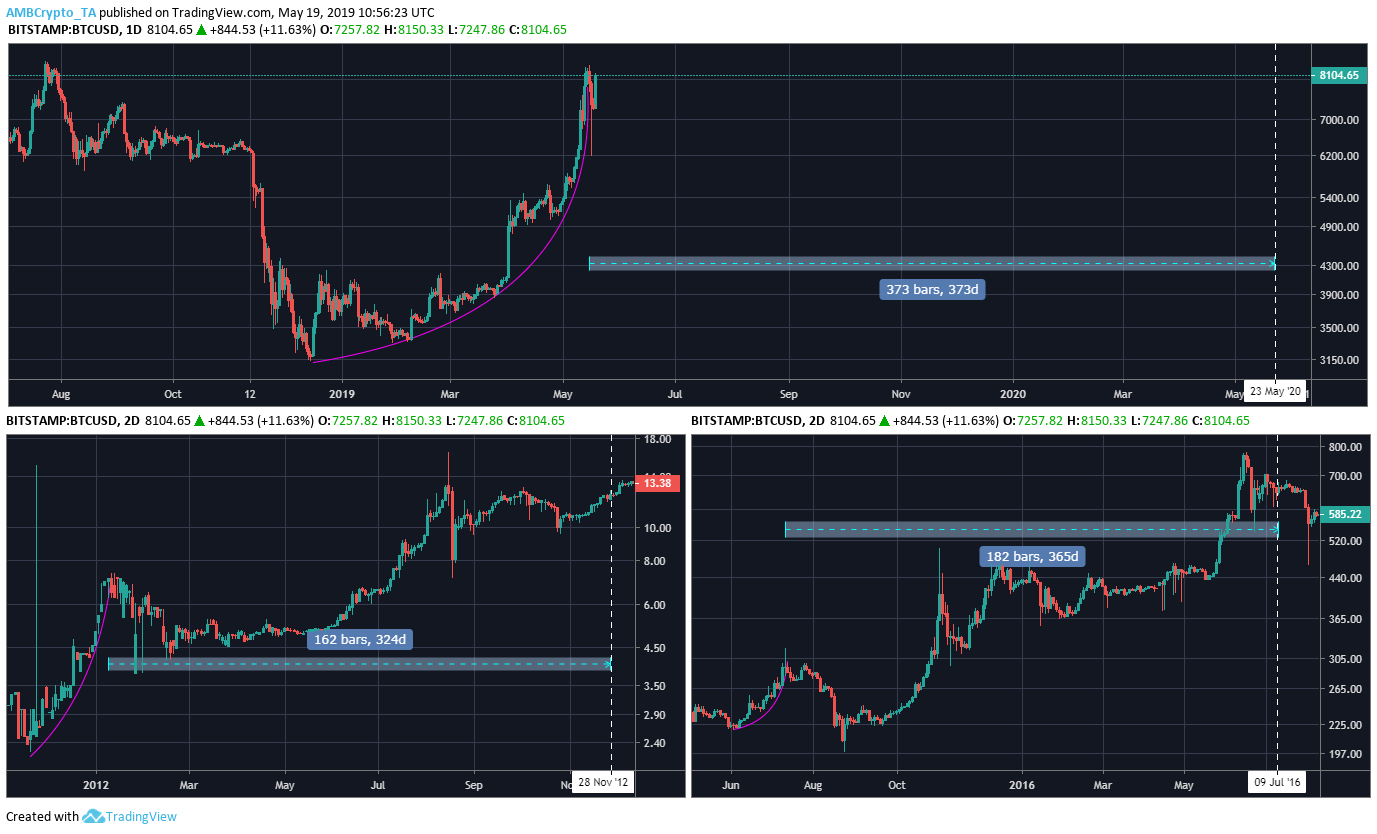 The main focus on the chart is the parabolic move that Bitcoin has performed, not once, but thrice, and this is approximately a year away from the halving. This parabolic move always leads to a sharp correction, proceeded by a bull run, which is a longterm action. Looking at a short-term price movement, the price has undergone a correction of approximately 30%.

If the same is to repeat itself, and the price of Bitcoin corrects itself by 30% it would put the price of Bitcoin in the $5,800 ballpark. Bitcoin started this correction on May 15 but failed midway when a huge sell order was executed on Bitstamp, causing the price to dip by 20% in a few minutes.

The repetitive nature of price pattern is usually attributed to market psychology and the Bitcoin market largely runs on emotions. Moreover, there needs to be a higher low formed to further confirm the change in market trend.

Conclusion? Readers can be cautiously optimistic.