Bitcoin has had an amazing first half of the month in May, as the coin registered significant gains to conquer the market. During the course of the month, Bitcoin managed to sustain its momentum and breached multiple resistances to trade at over $8,000, at press time. Relying more on investor sentiment and developments in the industry and less on technical indicators, the coin now sports a market cap over $100 billion.

Considering its domino effect on altcoins, it may come as no surprise that the king coin is now in close quarters to other real-world assets in terms of valuation and market impact. One of the real-world assets that have lost the race with Bitcoin is government bonds.

Pension Partners’ Charlie Bilello, who is also a prominent analyst and trader, recently tweeted that Bitcoin offered a higher yield than government bonds in 18 countries. Interestingly, the Central Banks of these 18 countries were also attempting to debase their currencies to inflate asset prices.

Bilello also attached a Negative Bond Yield Matrix graph to drive home the point. According to the graph, while Bitcoin had a 0.00% yield rate over the 5-year and 10-year time frame, the yield rates of government bonds of quite a few countries were in the negative. 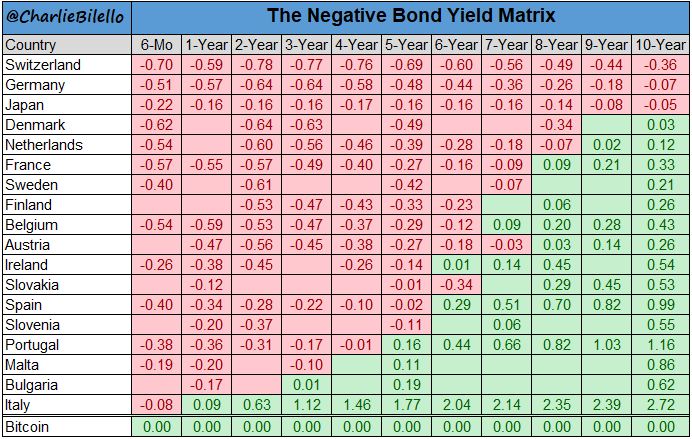 In both scenarios, Bitcoin was the winner, even though its yield rate was 0%.

On his Twitter thread, Bilello also mentioned that Bitcoin was up 112%, with respect to its year-to-date. He further tweeted, 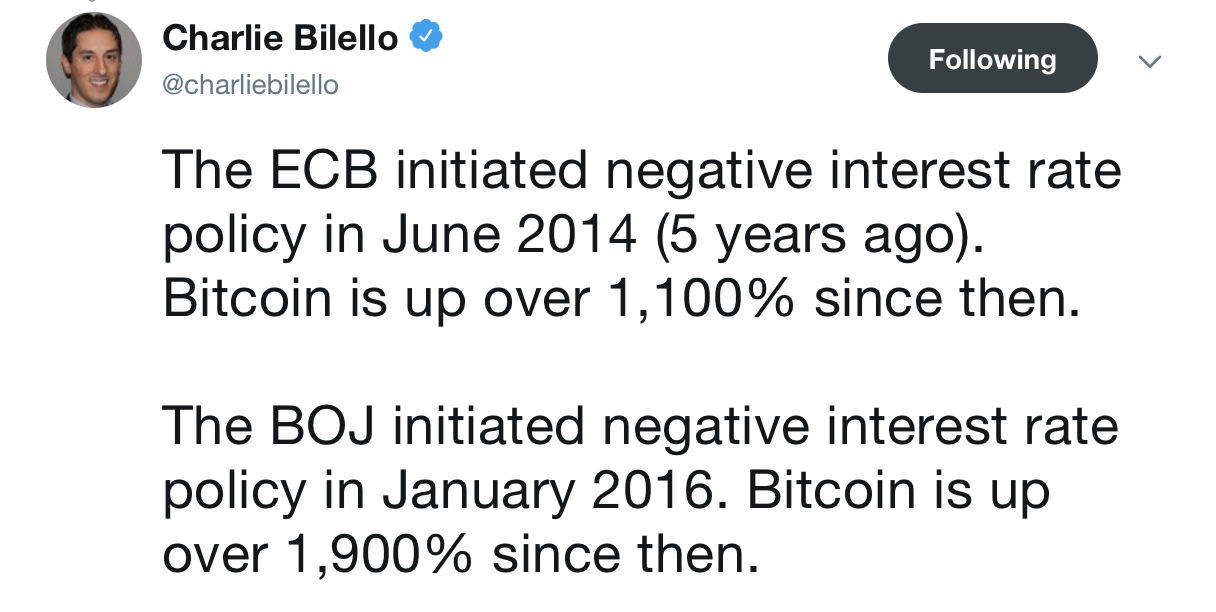