With the market cap nearing $190 billion and Bitcoin inching closer to $6,000, the feeling of caution is giving way to optimism.

Despite market correction and several isolated price pullbacks, the world’s largest cryptocurrency and the coin market remains largely bullish. According to Mati Greenspan, senior market analyst at eToro, this pullback, citing the recent “retracement,” is not “significant” if one were to look at the larger picture.

Quelling the uneasiness in the cryptocurrency community since the May 3 price pump, Greenspan pleaded with his audience to “zoom out” of the price chart to see the trend from January. He added that the recent surge confirmed that “we’re now in an upward channel.”

Further, the markets analyst added that despite any subsequent price pullback, even one as severe as a 12.39 percent drop shaving the price from the press time price of $5,934 to $5,200, the upward channel will still persist. Greenspan’s May 6 tweet stated, 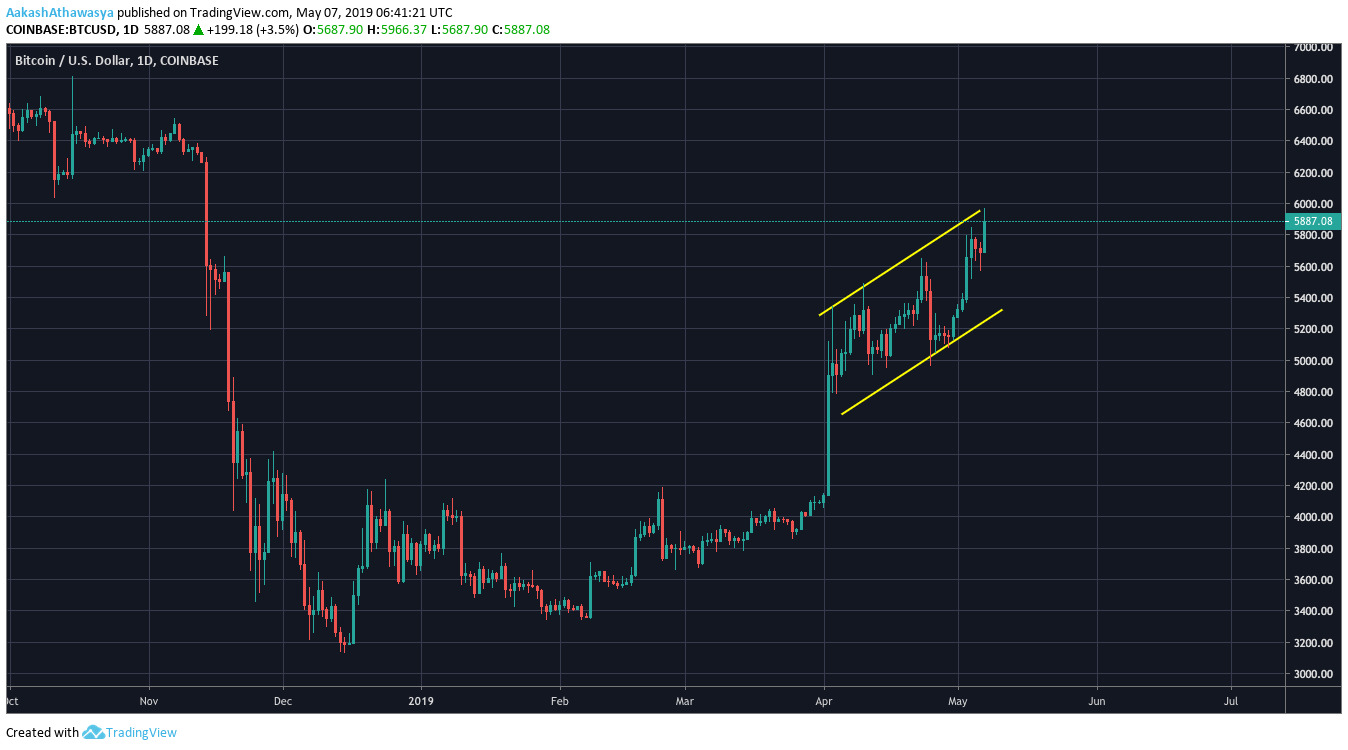 According to the chart attached to the aforementioned tweet, the “upward channel began once the April 2 price rise of over 17 percent in a single day consolidated over the next few weeks.” Bitcoin managed to not only stay above $5,000, it soared higher in the next few days of the month.

Most notably, on April 23, Bitcoin recorded a Golden Cross when its 50-day moving average crossed its 200-day moving average. This was last seen in October 2015, when the coin was trading at under $300 and persisted till the 200-day crossed the 50-day in March 2018, when the coin was priced at $9,000. Several analysts, Greenspan included, stated that this was yet another sign of the ‘bull market.’

Since Bitcoin broke multiple resistances, as well as several psychological and historical support levels, the dominance of the king coin surged to a 7-month high. The top cryptocurrency accounted for just about half the market in March and now, that figure stands at 55.3 percent. The price performance coupled with the market dominance resulted in Greenspan stating that,

“The altseason has come to an end and bitcoin is the market driver once again.”