As the cryptoverse regains its lost shine with the recent bull run and welcomes a new breed of enthusiasts, the bad players in the market have amped up their efforts into conning the naive crowd. One of the upcoming scams in this light is the “digital wallets,” that are being identified and blocked on a daily basis. Pioneering this wave of stopping fraud is @LukasStefanko, who recently highlighted two apps on Google Play. The tweet read,

“Phishing “Trezor Mobile Wallet” app found on Google Play and pops as a second search result. This fake app was phishing for credentials, but still it couldn’t affect Trezor user funds, however it could be used for email phishing.”

The tweet consisted of screenshots that warned the crypto users to download the correct “TREZOR Manager” app, instead of the [fake] “Trezor Mobile Wallet” app. 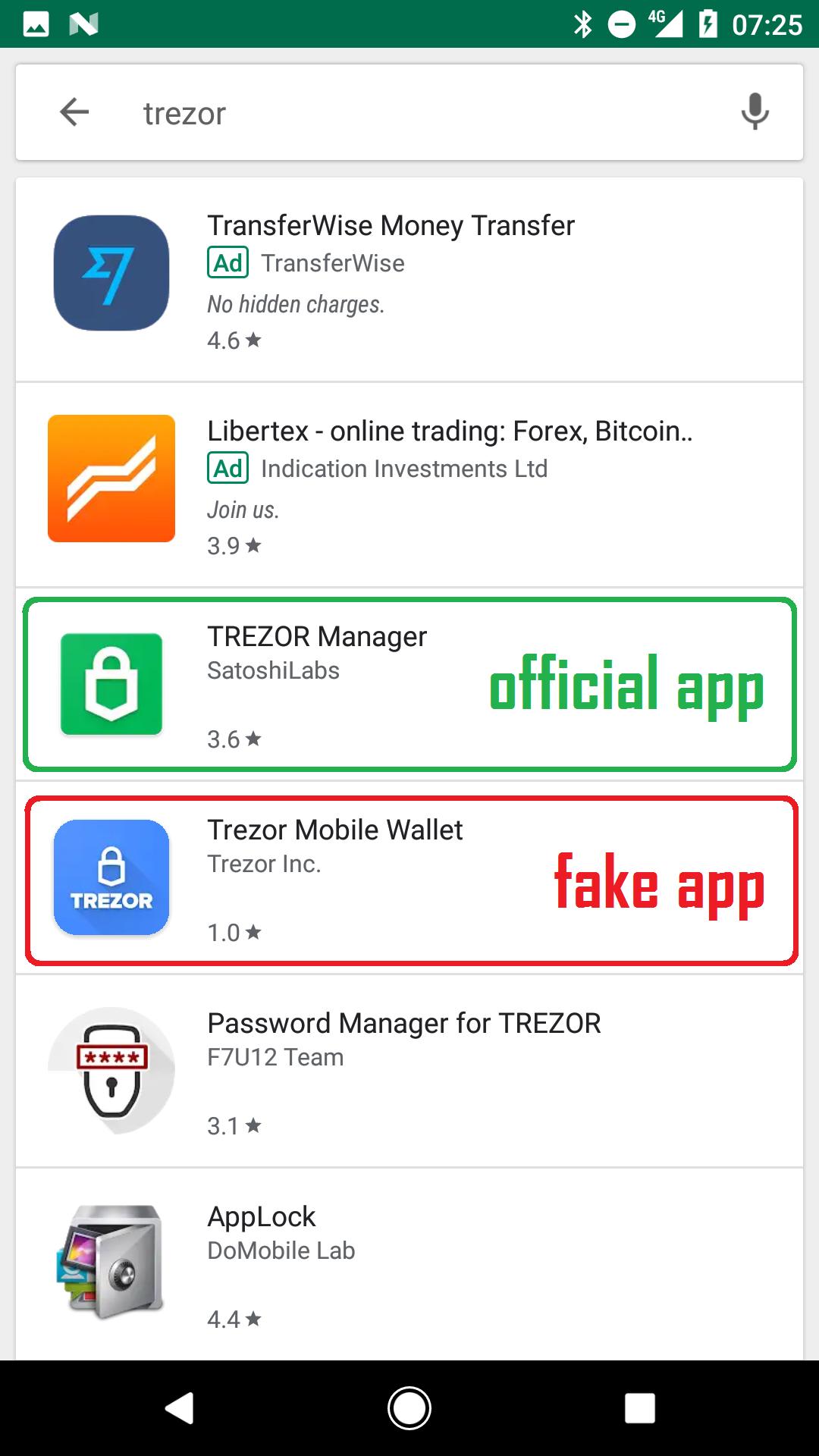 @LukasStefanko further informed Twitter that the fake app was “connected” to “Coin Wallet” service which was another cryptocurrency wallet on Google Play with over 1,000 installs using the same source code and server.” He further informed the readers that  “Trezor Mobile Wallet & Coin Wallet were bought as wallet template for $40” and added a screenshot of the source code as a proof of his findings.

While the apps are still available for download, the recent finding ought to urge users to make use of legitimate sources for indulging in cryptoverse. Currently, Crypto Twitter is spreading the information in the hopes of reducing such scams that surface with BTC hype.