Bitcoin’s [BTC] recent surge has got the entire cryptoverse talking, with many in the space claiming that the king coin will rise to its former glories. According to Binance Research,

“Despite its perceived riskiness, Bitcoin $BTC has provided far higher returns than most traditional assets over the past 2 years based on the following risk indicators/ratios.”

When compared to traditional assets like tech stocks and crude oil, Bitcoin was placed first in terms of 2-year returns. While Bitcoin provided a 306 percent yield on investments, tech stocks could only furnish 46 percent in terms of yields. Gold, an asset that Bitcoin is trying to displace, gave a measly 2 percent in returns. 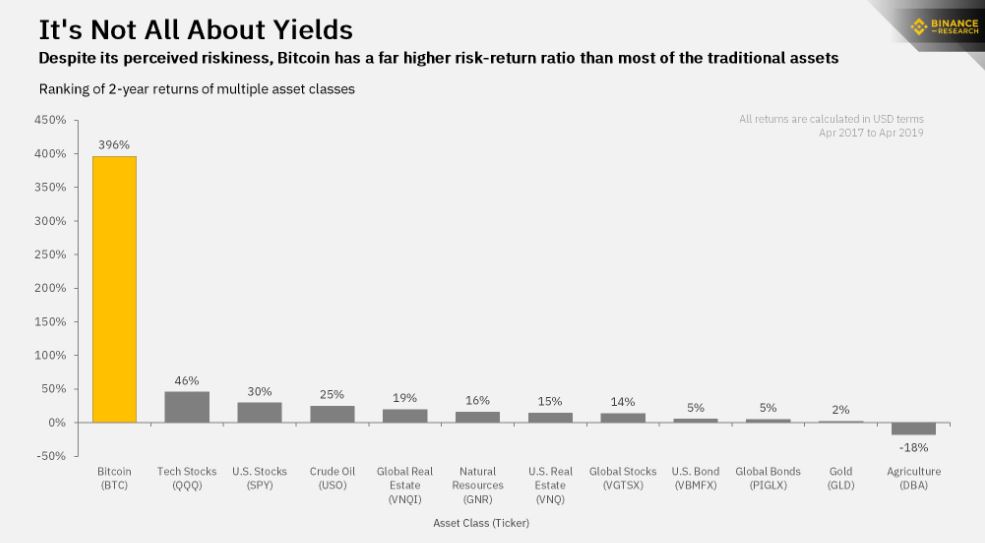 According to the research, there is clear disparity in returns when traditional assets and Bitcoin are compared. Agriculture, which is considered to be one of the most fundamental areas of the industry, was in the negative [minus 19 percent] when it came to appreciating investments in the area.

The Sortino ratio, which measures excess return, stated that Bitcoin noted a 283 percent increase over the past two years while tech stocks came in second at a much lower 190 percent. Agriculture was again the worst performer here, with a downtrend of negative 115 percent. 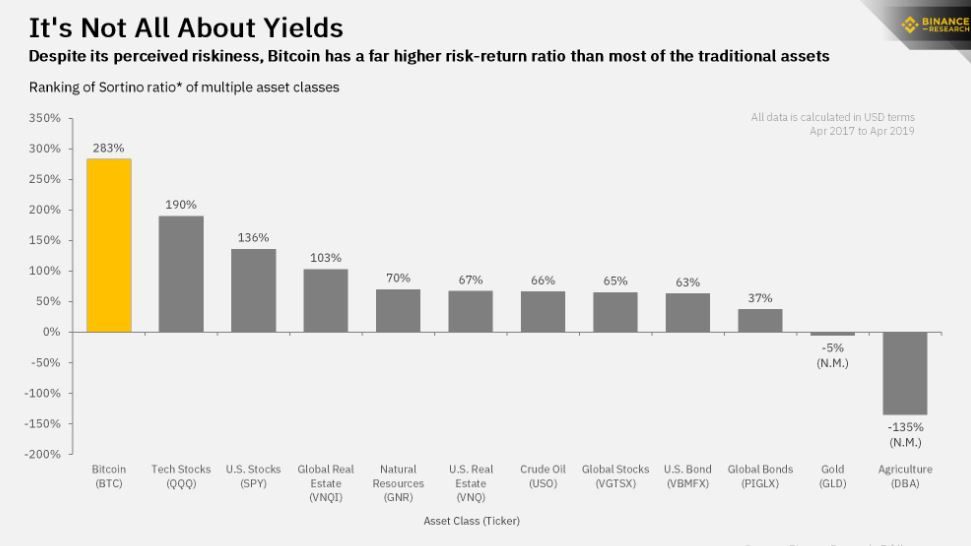 The next parameter that was used to compare the assets was the Sharpe ratio that measures excess returns per unit of both downside and upside risk. Bitcoin recorded a 117 percent increase over the course of two years while tech stocks came in a close second with a 116 percent rise. 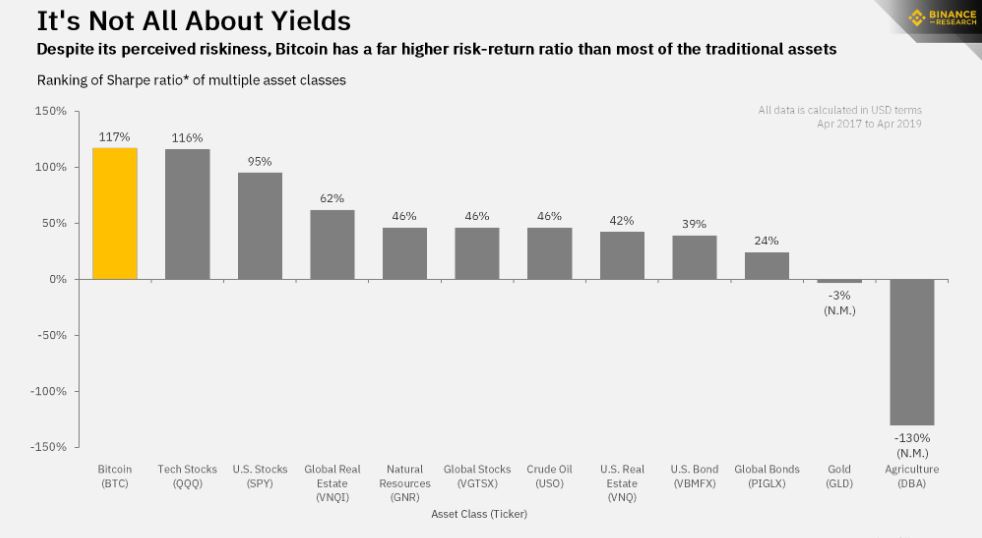 The comparison between Bitcoin and other assets was also raised by Pension Partners’ Charles Bilello, who tweeted that Bitcoin offered a higher yield than government bonds in 18 countries.