In the middle of a significantly bullish May, a public notice was issued by the SEC, announcing a further delay to the hotly anticipated Bitwise Bitcoin Exchange Traded Fund [ETF].

A publicly-traded Bitcoin product could have major implications on the market, both on the retail side and the institutional side. The ETF will likely establish several channels of purchase and trade, allowing unrealized potential capital flowing into the cryptocurrency space. 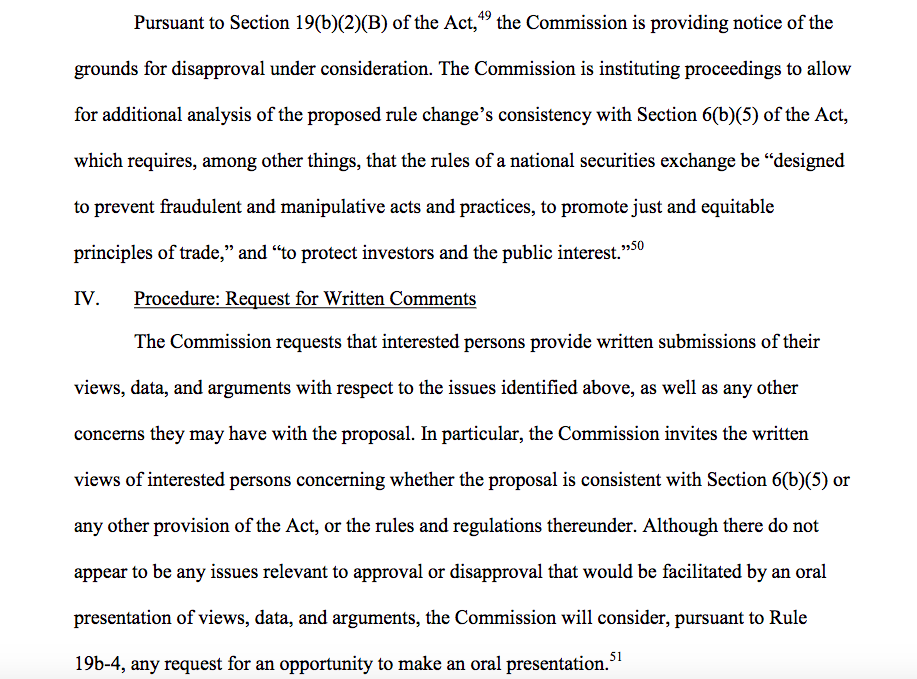 Previously, on March 29, the SEC motioned to delay the ETF proposal by 45 days to May 16, 2019, citing the need for a “longer period” to take this decision.

Currently, before the regulatory body, there are two noteworthy Bitcoin ETF applications, one from Bitwise Asset Management-NYSE Arca, and the other from VanEck-CBOE. However, both respective proposals have been pushed. A previous report stated that the latter’s application will be ruled on by May 21.

In light of this delay, the SEC will make their final decision on the ETF on October 13 for the Bitwise-NYSE Arca proposal. Jake Chervinsky, a member of the securities litigation team at Kobre & Kim, stated that any hearing until the aforementioned dates will merely result in delays and not a final decision.

“The SEC can, and almost certainly will, delay both ETF proposals two more times.
The SEC’s *final* deadlines will be October 13 and October 18, 2019.”