Over the past few months, not only has the price of Bitcoin surged significantly, but the king coin has distanced itself from the rest of the cryptocurrency market in terms of price gain and market dominance. It can thus be argued that Bitcoin has come out of the crypto-winter stronger. However, this is not the case with most altcoins.

According to a recent report by Diar, Bitcoin is overwhelmingly trading above its peers from a one-year price gain standpoint, while “token fatigue” has curtailed altcoin growth. Despite several setbacks putting pressure on the cryptocurrency market, Bitcoin has not shrugged off the bulls.

Conformity is not a strong suit of the cryptocurrency industry and if altcoins’ performance is viewed against Bitcoin’s, this lack of uniform movement is highlighted. 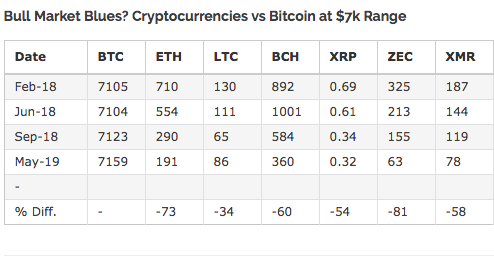 While the king coin’s price has largely remained the same over the four periods, albeit with significant fluctuation in between, the change is almost minimal. In fact, the May 2019 price of $7,159, as mentioned in the report, was higher than its 2018 counterparts.

Ethereum and XRP, the top two altcoins in the market, have fallen by 73 percent and 54 percent since February 2018. The price of the two cryptocurrencies have been slumping consistently, with no letting up. Both Ethereum and XRP are trading below their September 2018 levels, despite the incredible upswing. 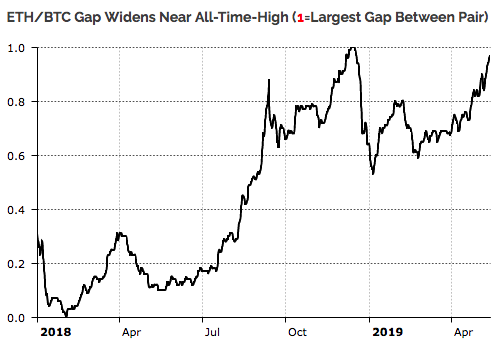 Litecoin, on the back of its imminent halving, posed a notably less prominent decline compared to its February 2018 price level. However, the digital silver dropped significantly in 2018, unlike the king coin. Bitcoin Cash [BCH], unlike the others, increased from February 2018 to June 2018, but then was shot down in November owing to its hardfork. 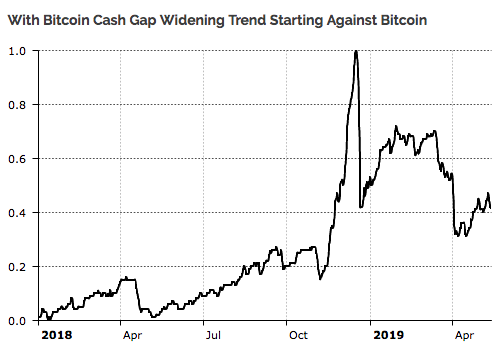 Privacy-centric coins, Monero and Zcash, were dealt the same fate. They dropped consistently throughout 2018. ZEC was trading 50 percent below its price in September 2018, while Monero was 58 percent below its February 2018 price.

Further, investors are taking note of this Bitcoin price dominance relative to the collective market. Bitcoin market dominance reached a two year high, breaking the 60 percent ceiling on May 13.