Peter Brandt, an old school trader and author of “Diary of a Professional Commodity Trader,” posted a tweet suggesting that Bitcoin’s rally might have begun. 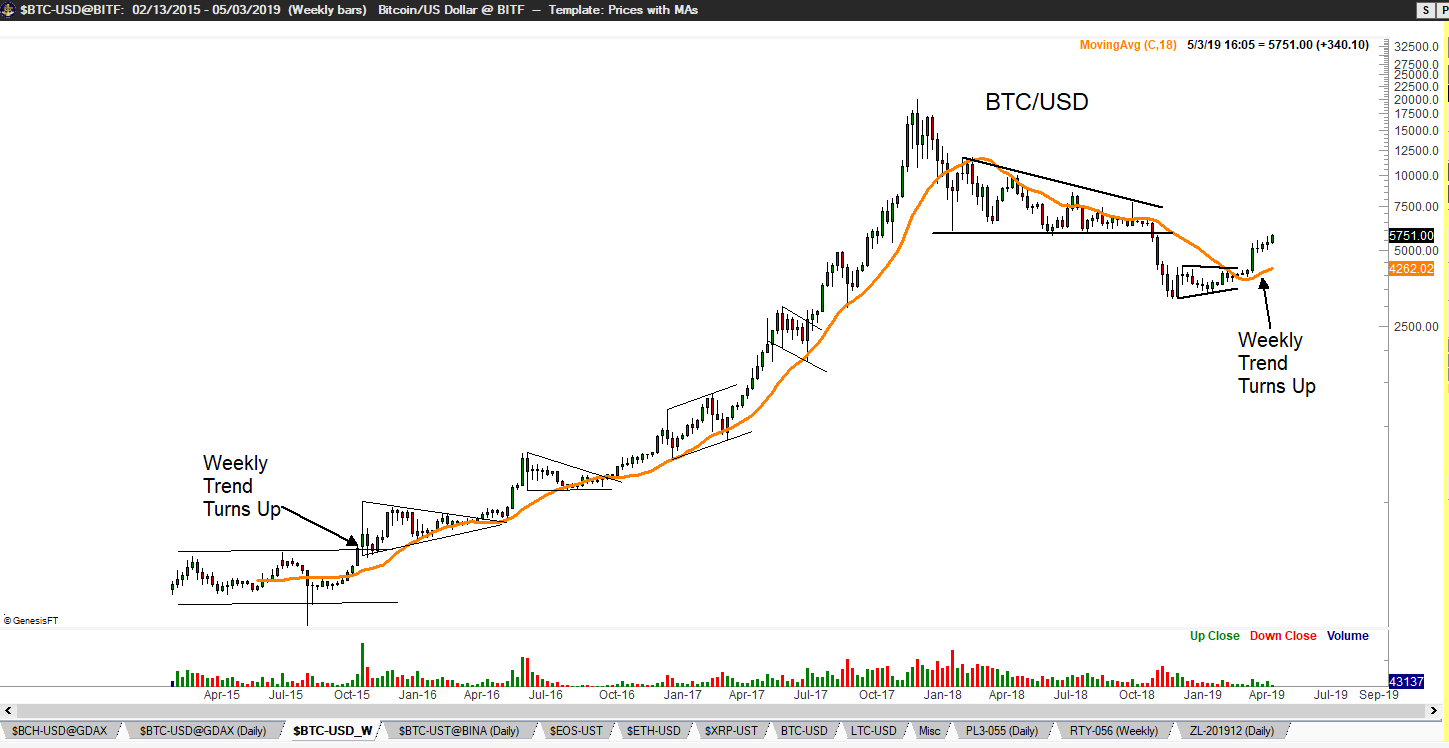 Brandt spoke about BTC prices moving above the Factor’s weekly moving average, which was last seen in October 2015. The rally for Bitcoin started after the price moved above this moving average. From this point on, the price surged from $300 to approximately $20,000, which is an increase of 6,500% over 2 years.

Although Bitfinex and Tether’s drama has gripped the interest of Twitter, Bitcoin’s bottom is probably the most debated topic in 2019. The overall sentiment of the community flipped when the Golden Cross was formed, with people starting to believe that the rally had started.

Brandt’s theory was met with opposition from a trader, @IamCryptoWold, who disagreed with Brandt. Crypto Wolf tweeted,

“Uncle, the last time we found support on the monthly 21 EMA we started the moon walk”

According to the above tweet, Bitcoin’s rally started after the prices moved above the 21-monthly exponential moving average.

The post Bitcoin [BTC]: Coin’s rally has begun, claims Peter Brandt on the basis of past data, technical indicator appeared first on AMBCrypto.