With Bitcoin [BTC] riding a massive bullish wave, breaking resistance after resistance, you would be forgiven if you turned a blind eye to the performance of the altcoins. The massive BTC price rally shrank the altcoin market to under 40 percent at one point, but now it looks like the king coin may face stiff market opposition.

According to Binance Research, the analytics wing of the largest cryptocurrency exchange in the world, altcoins might be on the verge of a comeback. Earlier in the year, many analysts had claimed that it was “altcoin season,” which withered away with the April 2 ascendance when Bitcoin broke $5,000.

However, with BTC’s price looking to consolidate on the edge of $8,000, altcoins have finally made a move, and their market capitalization [denominated in BTC] edged up by 15.75 percent during the period May 14-May 20. During the period, Bitcoin saw a roller-coaster ride, breaking the $8,000 ceiling twice, following which it dropped below $7,100. 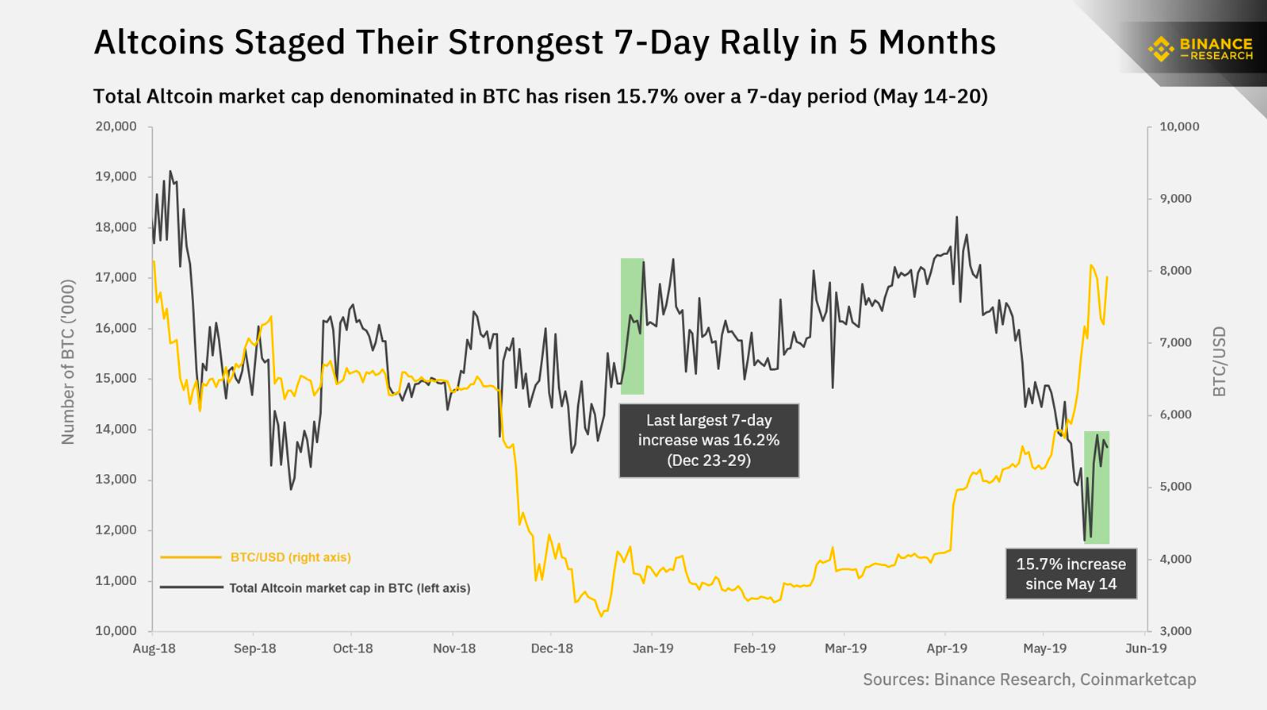 The last time altcoin performance rose by this proportion against the Bitcoin price was from December 23 to 29, where the gain stood at 16.2 percent against the BTC price. During this period, Bitcoin broke $4,000, added another $250 to its price, before falling back down to $3,650.

Since the beginning of April, altcoins have been consistently and severely declining against Bitcoin. Within a period of over a month, BTC price has risen by over 90 percent to its press time price of $7,914, while several altcoins have either slowed down their growth, halted it altogether or are trading in the bearish market.

Further, the total altcoin market cap, as determined by Binance Research “in BTC terms,” has fallen by 34 percent since the price rally began in April. The research further suggested that this Bitcoin market dominance over altcoins is confirmation of a bull-run, based on historical data. 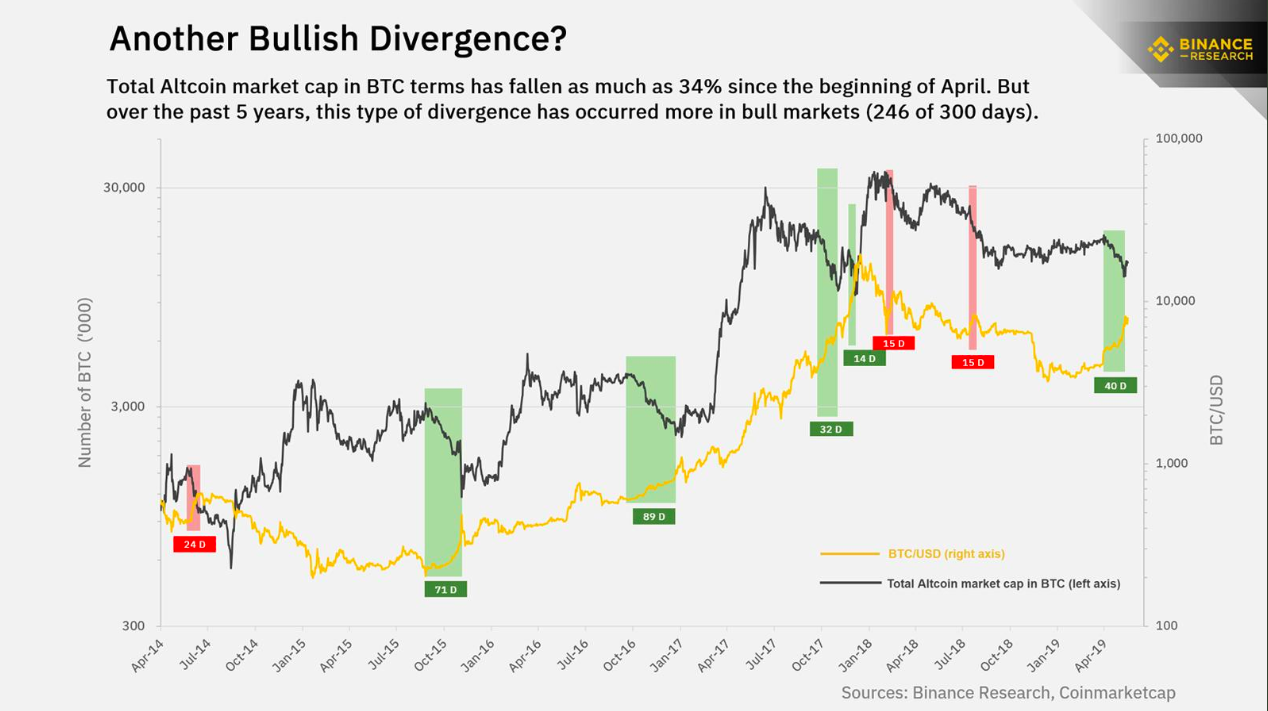 Many analysts have pointed out that the correlation of the altcoin to the US dollar holds more relevance than the altcoin to its crypto-superior, Bitcoin. However, given historical price movements, the information is telling.