One of the world’s largest cryptocurrency exchanges, Binance recently witnessed a security breach in their network, enabling hackers to perpetrate a 7000 BTC heist. The hackers also stole millions of 2FA codes and a large number of API keys.

In the wake of the incident, Changpeng Zhao, CEO of Binance, announced that the exchange would be running a Reorg to rebuild and reinforce the security of the exchange, before scrapping it after public outrage and suggestions that the reorg will destroy the credibility of the Binance network.

While the Binance hack and the subsequent reorg debate made headlines across the twitterverse, The Block’s Larry Cermak put forth a very interesting argument about the hack. 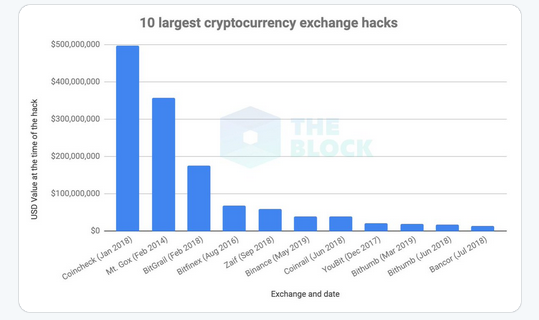 Cermak believes that despite the fact that the hack cost the exchange around $41 million, the hack itself hardly affected the price of Bitcoin [BTC] or Binance Coin [BNB]. This was supported by the fact that the valuation remained the same before and after the hack for Bitcoin, while BNB experienced only a 6 percent drop. Cermak also argued that if this hack, the sixth largest hack in history, had happened two years ago, the price would have dropped by 10% or more.

Larry Cermak also added that he was suspicious about the hack having anything to do with Binance implementing SegWit since none of the exchange’s safeguards were activated.

He furthered his argument, stating that there were 44 outputs in the overall transaction, wherein 21 of them were Bech32 addresses. From there, 99.97% was sent to SegWit addresses. The assumption was that Binance didn’t implement SegWit in the system, which is why the system was unable to catch it when 99% of BTC was sent there.

Previously, CZ had tweeted about the fact that the reorg debate was making more waves than the Binance hack themselves.

The post Binance Hack: Bitcoin [BTC] would have been down by 10% if hack had happened two years ago, claims analyst appeared first on AMBCrypto.