Despite the ongoing Tether and Bitfinex fiasco, USDT movement hasn’t waned. There are massive transactions that have been moving Tether between various exchanges and the Tether treasury.

Two massive transactions involving Tether were recorded, moving in and out of Huobi, a Chinese exchange. 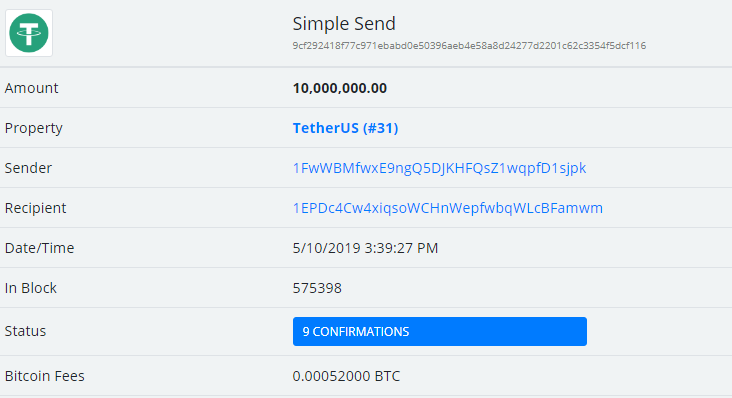 The first transaction transferred 10 million USDT from 1FwWBMfwxE9ngQ5DJKHFQsZ1wqpfD1sjpk to 1EPDc4Cw4xiqsoWCHnWepfwbqWLcBFamwm. The sender had a balance of 22 million USDT, while the receiver had zero balance and this transaction took place on the Omni Explorer.

@Whale_Alert tweeted the same transaction. However, the user mentioned that the above transaction was sent to Huobi from Binance.

Wrong label, not our address. https://t.co/D6BohOL9nY

However, CZ confirmed that this transaction didn’t originate from Binance. 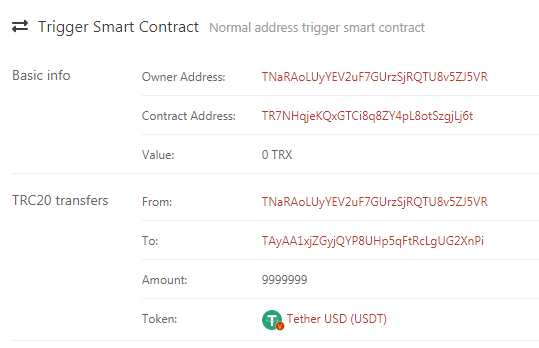 Tron has been a competitor to Ethereum and has already surpassed Ethereum’s all-time high transactions. Tron also launched a program to issue USDT on the TRX blockchain. This was announced on April 17, 2019. However, due to the recent Bitfinex and Tether lawsuit, Tron’s USDT giveaway plan was postponed indefinitely.

The sender of the ~10 million USDT on the TRX blockchain had a total balance 61,103 USDT, while the receiver had 16.3 million USDT.

“best CEO ever = @cz_binance and hack just make him stronger and more open to community. Other exchanges CEO’s this is a great example for you how to #BUIDL and even worst happen still exist with huge community support!”

The post 20 million USDT transferred to and from Huobi exchange to unknown wallets appeared first on AMBCrypto.