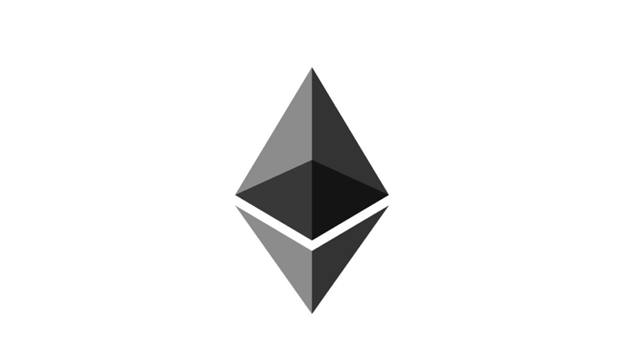 Unlike popular belief, blockchain technology goes beyond bitcoin and cryptocurrencies. It integrates coding, mathematics, science, and cryptography to develop technology products that create wonders in different fields of life.

‘The blockchain cannot be described just as a revolution. It is a tsunami-like phenomenon, slowly advancing and gradually enveloping everything along its way by the force of its progression‘ – William Mougayar

Ethereum, one of the recent products of the blockchain, is a decentralized, open-source distributed computing platform, based on blockchain technology. Ether is a cryptocurrency generated by Ethereum and is transferred between accounts. Its decentralized nature eliminates the need of a single governing entity, unlike organizations and services with a centralized system of governance such as banks.

‘It’s clear to me now that Ethereum is the new currency of the Internet. It is way ahead of where PayPal was in its day, and it is much more exciting to its customers than PayPal ever was’ – Gil Penchina

It is essential to understand that the technology of Ethereum is not merely that of a cryptocurrency. It is a platform with the potential to help users build their programs without any help from a middleman, central servers or other service providers. It authorizes uses to work with the utmost authority and privacy, without relying on any third-party.

Research shows that 94% of blockchain projects launched are developed using the Ethereum network. Ethereum has acquired a market capital of $52.3 billion U.S dollar as of mid-2018.

Mati Greenspan, a senior market analyst, believes that Ether will affect the price of other cryptocurrencies in the coming times. He said ‘Cryptocurrencies are correlated strongly with each other. So anything that’s good for ethereum should be good for bitcoin’ He added ‘the ability to go short is a critical component of price discovery. So this is ultimately a healthy thing for the market’.

The Future of Ethereum

Ethereum is far ahead of bitcoin already and has immense potential to grow in the coming times. The Chicago Board Options Exchange aims to introduce Ethereum as a trading option by the end of the year. It is waiting for approval from Commodities Futures Trading Commission, and soon Ethereum will be traded on the exchange.

‘We are pleased with the United States Securities Exchange Commission’s decision to provide clarity concerning current Ether transactions. This announcement clears a key stumbling block for Ether features, the case for which we’ve been considering since we launched the first Bitcoin futures in December 2017’ – Chris Cancannon, President of CBOE

The interest of the technological giants, economists, and others in Ethereum highlights its potential to become the future of blockchain. Ether is one of the most liquid cryptocurrencies, with increasing demand. In 2017, the price of Ether went by 10,000% for an exponential increase in its demand.

The future of ethereum depends on the inclination of enterprises towards the technology. VeChain, China’s IoT blockchain facilitate from ethereum. Competitors of ethereum are emerging, such as EOS and Cardano. However, ethereum’s technical expertise is not easy to replicate.

Coders, developers, engineers, and computer scientists are showing their interest in ethereum. The interest is grounded in ethereum’s high-end security which is absent in bitcoin. Hackers can manipulate and devalue bitcoin, but ethereum enjoys the first-mover advantage of decentralizing startups and enterprises.

Although bitcoin has symbolic importance, ethereum is taking the game forward with more pragmatic applications and uses.

‘The nature of bitcoin is such that once version 0.1 was released, the core design was set in stone for the rest of its lifetime’ – Satoshi Nakamoto

The Quest of Developers

Vitalik Bulterin is a young developer himself; therefore understands the thirst and appetite of computer scientists of today. The developers resonate with his technological developments, having a more personal aura than that of a centralized system such as banks and software provides. People are searching for ethereum from across the globe, signifying that the most skilled and seasoned developers and businesses are interested in exploring ethereum. China, being the center of business, has shown the most interest in ethereum with the highest number of searches. If ethereum is successful in paving its way into the Chinese market, its growth will know no boundaries.

‘You can conceivably trade anything using Ethereum, but this is not Ethereum’s strength in comparison to other cryptocurrencies. They can all do this. It’s rather the computing language that allows the smart contracts to exist, that makes Ethereum more valuable than BTC’ – Jeff Reed

We see global companies shifting towards blockchain. A relationship between blockchain and global companies will add reliability and sustainability to blockchain’s reputation in the industry. Recently, Facebook announced the integration of blockchain technologies in its business model. Facebook is about the privacy and security of users and its interest in blockchain is a breakthrough for the technology.

‘I certainly don’t think blockchain is an existential threat to Facebook today. Could it be? Yes, in the longer term. That’s why they want to be smart and stay engaged’ – Spencer Bogart

Ethereum takes another step and grows beyond cryptocurrencies. It allows individual users to work in their independent space, without having to work with a centralized system. This has raised concerns, as a decentralized system eliminates the need of a moderator such as banks and governments. Some are reluctant to take the risk or endorse it, for it has the potential to change the world order.

However, ethereum continues to grow and expand in different useful dimension. With such high interest of developers and programmers, ethereum is likely to become the future of blockchain and the fundamental idea of several other technological wonders to come.

Vitalik Buterin is optimistic for the future of ethereum. He says ‘There are a lot of banks that are interested in private blockchains. In some cases, they are happy with public blockchains as well. The opposition to just doing things on a public blockchain is smaller than some of the strongest detractors think’.