Mt. Gox, a cryptocurrency exchange popular for its heist, is back in the limelight with a new twist in the civil rehabilitation program. The next court hearing on the same topic is going to be held towards the end of this month, February 2019, and this time the court will have to decide whether the victims of the hack should be the first to reclaim their loss or not.

According to the latest reports, Peter Vessenes, the co-founder of CoinLab and former Chair at Bitcoin Foundation, is taking part in the rehabilitation program as well. The former chair is claiming over  1.6 trillion in Japanese Yen, which is a claim of around $16 billion. If this claim is passed by the court, then there would have a huge impact on the funds left for the victims of the hack.

Daniel Kelman, an attorney was one of the first to notice the claims. He said on official Twitter handle:

“Peter @vessenes is now confirmed as the party claiming ¥1.6 JPY in damages from MtGox. He apparently thinks MtGox victims should get nothing” 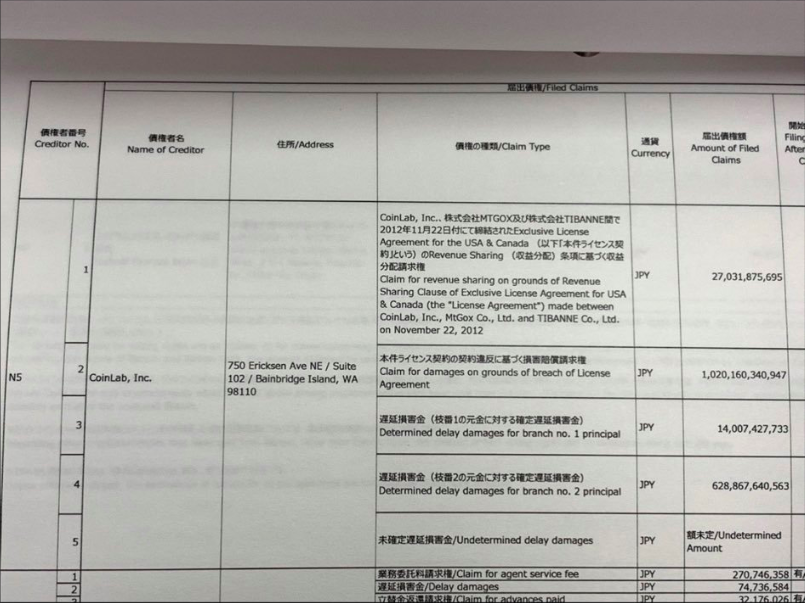 Notably, this not the first time CoinLab is appealing for claims from Mt. Gox, the two have had an edgy relationship in the past. According to a report by Bitcoin.com dated for the year 2016, CoinLab had first filed a lawsuit against the exchange in 2013, months prior to the hack. The lawsuit was filed over allegations that the exchange breached a partner contract for the U.S and Canada by not disclosing information pertaining to their existing clients.

Mt. Gox was noted to be one of the biggest Bitcoin exchanges in the world, with the platform handling over 70% of all of Bitcoins transactions. However, the platform soon succumbed to a security breach, resulting in the loss of over 7% of Bitcoin [750,000 of customers funds and 100,000 of its own funds], worth around $475 million. This eventually led to the exchange filing for bankruptcy with the Tokyo District Court.

To this, Jesse Powell, the CEO of Kraken said on Twitter:

“Unbelievable balls on this guy to hold up payouts to thousands of victims for years with an entirely frivolous claim over a botched partnership attempt. How could you think that your $16B claim should be senior to the actual account holders’? How do you show your face?”

“this shows incompetency of a court dealing with the case/ legal system. Victims should get paid 1st and then anything other. Prediction markets would solve this much more effectively IMHO.”

The post Mt. Gox tale back with a new twist with the ingress of CoinLab appeared first on AMBCrypto.