JPMorgan Chase, the most notable American multinational bank across the globe, is reportedly facing an online banking and mobile outage across the United States. This news breaks through days after the largest bank in the United States announced it they would be stepping into the cryptocurrency space by launching its own digital currency, JPM Coin.

To add on, this outage is similar to the one faced by Wells Fargo, another leading multinational financial services company in the United States. The bank faced a massive outage on February 7, 2019, wherein its customers were unable to access their accounts or avail their banking services online or through the mobile app. Furthermore, customers were facing problems with the ATMs as well.

The severity of the Chase outage is not unknown, but according to customers, their social media handles, website and mobile apps are currently not working. The bank’s mobile app, online website, ATMs and merchant access have been down since 2:47 AM UTC. To add on, this outage has hit several major up-and-running cities of the United States, and customers aren’t even able to access the bank’s customer service, resulting in the hashtag #Chasedown trending on Twitter as complaints flood the social media platform.

The bank also gave an official statement pertaining to this matter on its official customer service account on Twitter. It stated:

“We know some customers are having trouble accessing the mobile app and our website. We want to let you know that we are working on it. Thank you for your patience.” 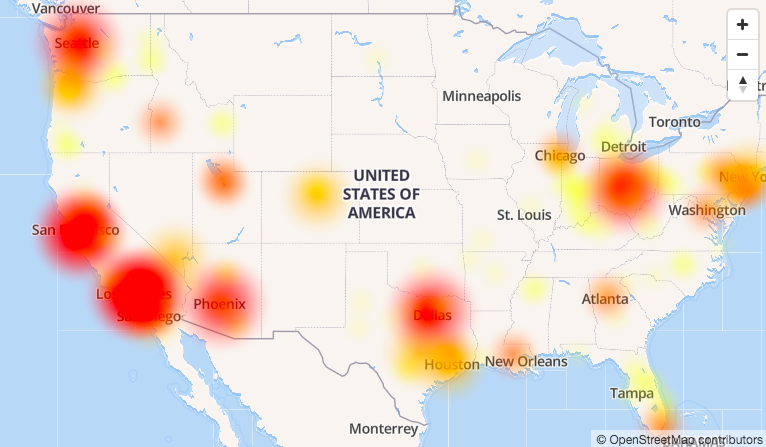 Bellamari, a customer of JPMorgan Chase, said on DownDetector:

“HAHA…their site gives link to “contact us” which goes right back to their website and have to log in, but can’t. Wow, good thing I’m not taking that seriously.”

“Chase Bank has been down for hours. They say it’s scheduled maintenance, but that’s BS, since I always get a warning from them a few days in advance of scheduled maint. Hacked? #chasedown”

To add on, the coin has three main purposes, according to a report by CNBC. The first one is cross-border payments, the area that is currently targeted by Ripple, a leading cryptocurrency firm offering services to banks and financial institutions with products based on XRP, the third-largest cryptocurrency in the market. The second area the coin will be targeting is securities transactions, and the third is noted to be transaction consolidation.

“JPM Coin is currently designed for business-to-business money movement flows, and because we are still in a testing phase, we don’t have plans to make this available to individuals at this stage. That said, the cost-savings and efficiency benefits would extend to the end customers of our institutional clients.”

The post JPMorgan Chase down: Mobile app, website outage reported across US a day after announcement of cryptocurrency launch appeared first on AMBCrypto.