The cryptocurrency market saw most of the coins registering tremendous growth on February 24, however, most coins soon plunged at the same rate. Basic Attention Token [BAT], which ranks 27th on the CoinMarketCap list, saw a late reaction to the soaring market as it is now showing a growth of 45% over the past day.

At the press time, BAT is valued at $0.1903 with a market cap of $235 million. The token has a 24-hour trading volume of $31.5 million while noting a staggering growth of 27% over the past hour. The token has registered a growth of 35.79% over the week and now reports a 45.53% growth over the past day. However, as seen on the one-hour chart of the token, market correction has already started. 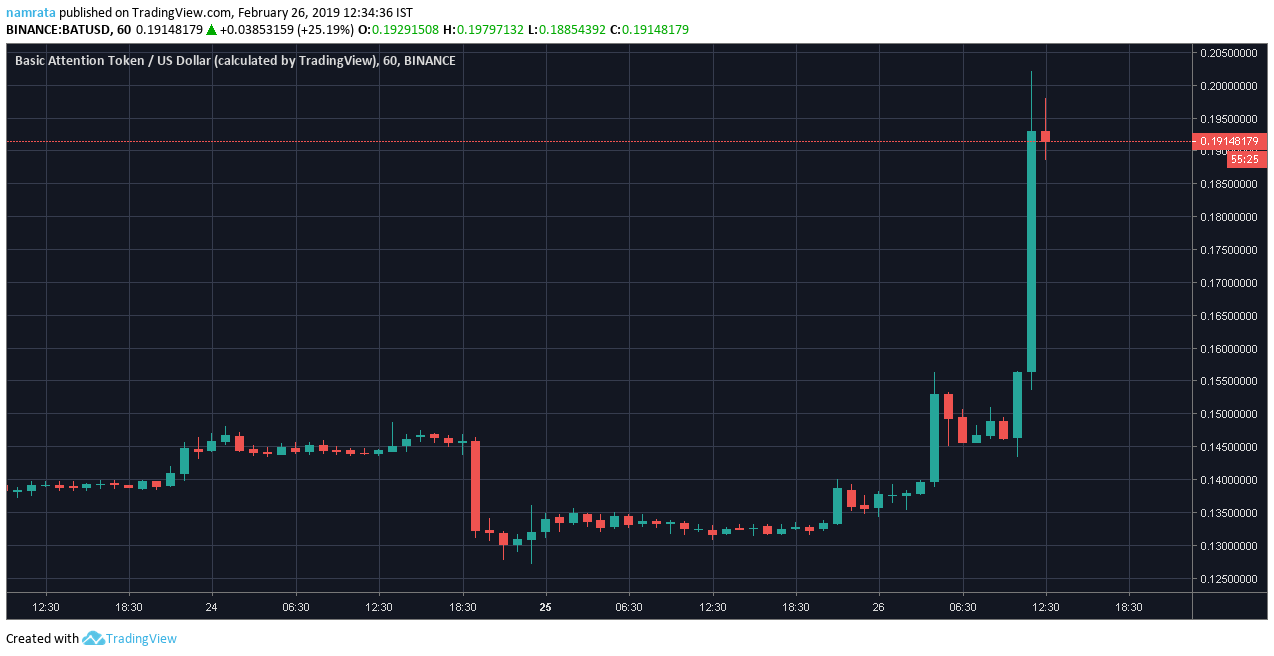 Though the exact reason for the hike cannot be pinpointed, Twitter user @DJThistle01 had a theory:

“$ZRX dropping into a support block
$BAT just pumped. they both were added to coinbase and experienced the same type movement back then.”

“Had to take some profits on $bat with a +50% gain at 5100, still have my long position but that flip was just way too tempting.”