Just when the cryptocurrency market recovered from its 2018 lows and reached a 2019 high [today], everything turned upside down. Everything from Bitcoin to all other cryptocurrencies crashed by a big margin in the past one hour.

Bitcoin, although, witnessed only a 6.3% crash in the past hour, EOS, Litecoin, Ethereum and Bitcoin Cash have lost value in double digits. More so, EOS, after experiencing a 30% hike in the past week, saw a massive crash today.

Bitcoin, at press time, was trading at $3876 recovering after hitting a low at $3853 [BTCUSD:BITFINEX]. Bitcoin plunged from trading at $4200 to the low price of $3800 in just under an hour. Heavy trading volumes from Bitmex, was reported by CoinMarketCap.

Many from the community have already started picking this up.

“Bitcoin manipulation! (the green candles obviously since it’s only manipulation when it’s going up.”

Ethereum’s hardfork was postponed to later this month, but the coin saw a considerable increase in its price despite this news. Earlier this month, on the 6th of Feb, ETH was trading at $102/ETH, and started to rise after two days to reach a high of $170 on Bitfinex today. Ethereum, at press time was trading at $143/ETH. 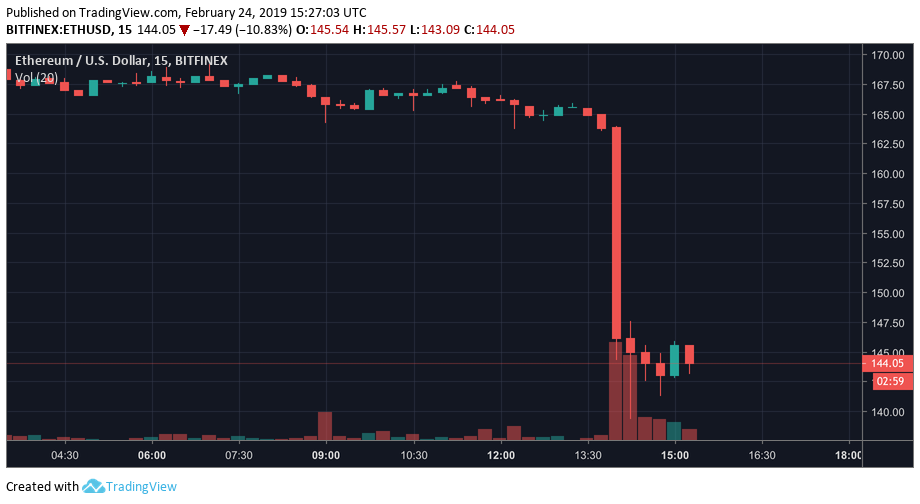 Source: TradingView | Ethereum crashing in the past hour today

EOS, which saw a monumental growth over the past week, was infact trading at only $2.3/EOS at the beginning of this month. The mini-bull run past week saw EOS jumping to its 2019 high at $4.5 today right before the price started crashing. 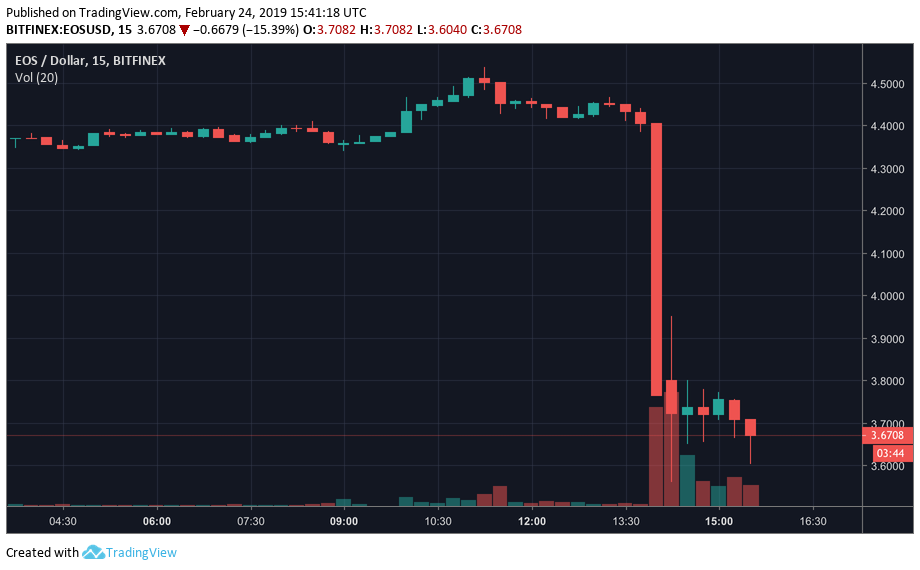 Source: Tradingview | EOS Crashing in the past hour