The cryptocurrency market opened on February 9 to an incredibly bullish wave following weeks of sluggish movement. Bitcoin Cash [BCH] experienced a bittersweet rise, as the coin pushed above the $2 billion-mark, and added close to $300 million to the market cap, but was surpassed by the ‘digital silver’ Litecoin [LTC], on the back of a remarkable 30 percent increase.

Bitcoin Cash has seen a whopping 11.26 percent price increase against the US dollar in the past 24-hours and the coin’s market cap currently stands at $2.28 billion. 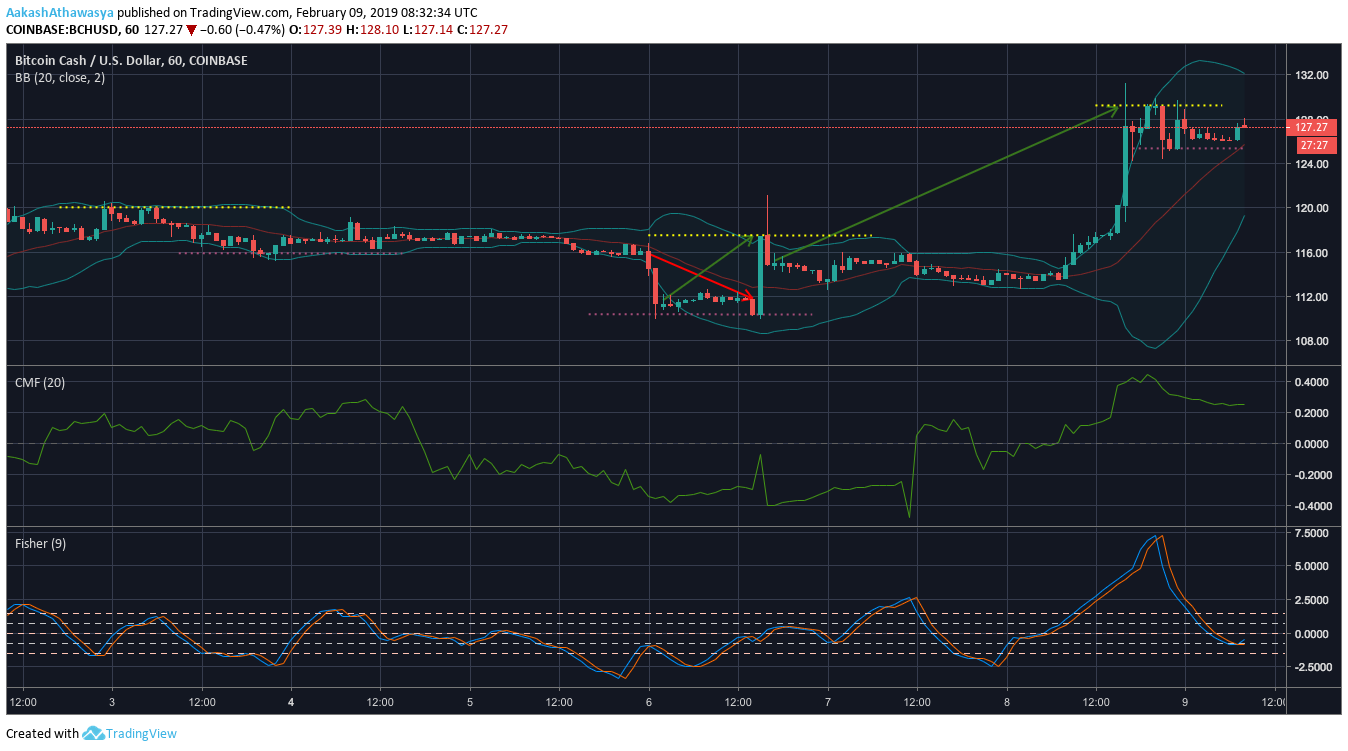 The one-hour Bitcoin Cash chart shows an incredible spike in the BCH price, as the collective market rose by $9 billion. Bitcoin Cash saw a massive uptrend during the same stretching from $115.24 to $129.06, following the mid-week downtrend from $115.86 to $111.8.

Bitcoin Cash’s immediate support level prior to the recent rise stood at $110.36, which now stands at $125.37, while the coin now poses an immediate resistance level of $129.25, capped off by the high of the bullish swing.

The Bollinger Bands point to a massive increase in volatility of the coin, and the Moving Average line shows a return of the bulls.

The Chaikin Money Flow indicator points to an increase in the money put into Bitcoin Cash as the market looks bullish.

The Fisher Transform line shows a cross-over into a bullish swing as the Fisher Line has overtaken the Trigger Line in the BCH market. 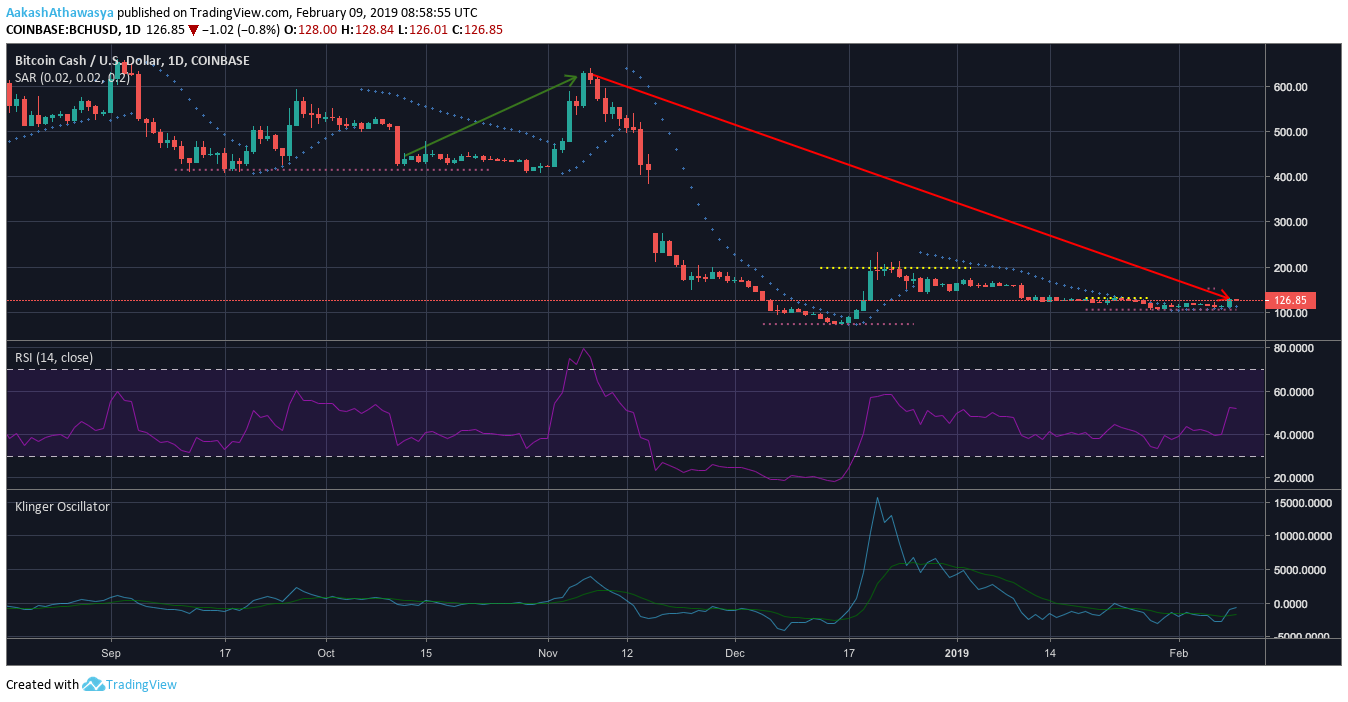 The one-day trend line of Bitcoin Cash shows a string of stabilization after the coin’s post-hardfork bearish spree. The coin experienced a prolonged downtrend from $626.58 to $130.75.

The Parabolic SAR points to a bullish swing for the coin, even in the long-run, as the dotted lines are aligned below the coin’s trend line.

The Relative Strength Index shows that investors are increasingly purchasing BCH as the market has switched to green. At press time, the coin’s RSI has shot up from 32.58 to 51.95.

The Klinger Oscillator shows that the Bitcoin Cash market is bullish following the recent increase in the price.

Bitcoin Cash has been pushed up significantly by the collective market resurgence which has signaled a return of the BCH bulls in the short-run. In the long-run, the coin is inching closer to its resistance level of $130.75, as major indicators point to a bullish takeover for the coin after weeks of sluggish stable movement.