The turn of the year has not been kind to cryptocurrency exchanges as their trading volumes have declined to depths not seen since 2017, indicated a study conducted by the Cryptocurrency and Blockchain-centric research group Diar.

Cryptocurrency exchanges’ trading volume could be set to hit a plateau, as the volatility of the collective crypto-market has been decreasing since the beginning of 2019. After closing 2018 with significant recorded volatility, owing to the collective market cap dropping from over $825 billion in January to under $103 billion, in December, 2019 has shown early signs of being relatively stable.

In the course of the study, Diar tracked the trading volume of four of the biggest exchanges in the world, namely, Binance, Coinbase, Gemini and OKEx. Binance, the largest crypto-exchange in the world saw a 40 percent decrease in its BTC/USD trading market to just above $3 billion, which was the exchange’s worst period since it began operations in 2017. This drop was after the final three months of 2018 saw a small but consistent increase in the trading volume. 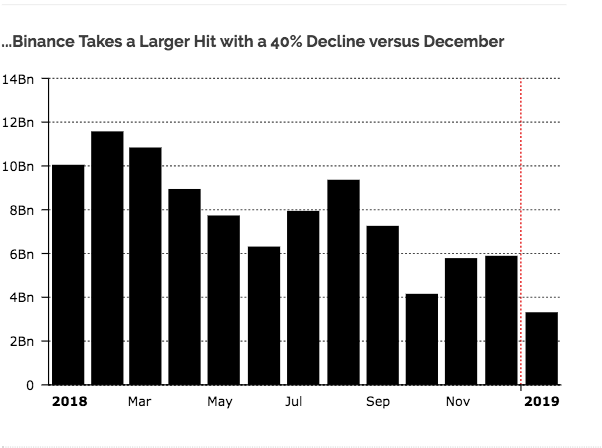 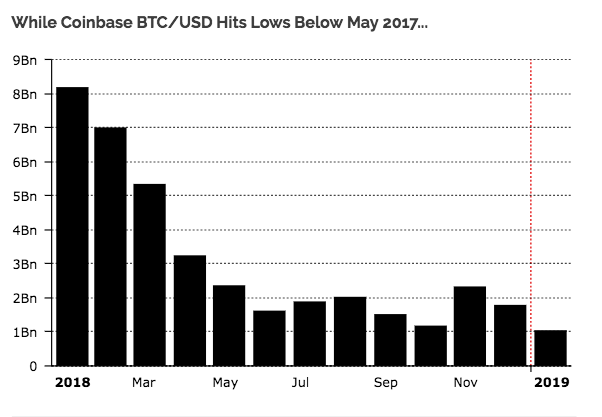 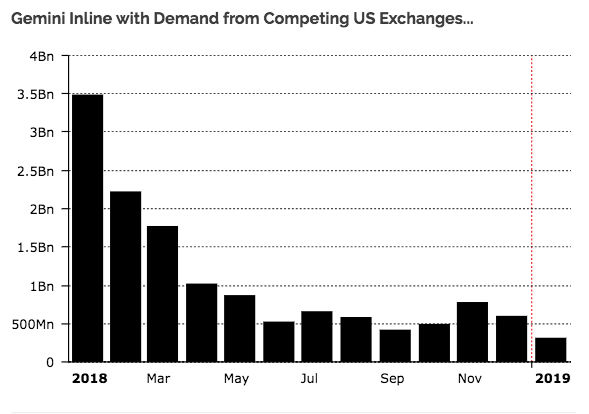 OKEx, was the only cryptocurrency exchange that did not follow the same trend as the above three exchanges, with its trading volume increasing from September 2018 till the end of the year.

The Hong-Kong based exchange had a September 2018 trading volume of $1.9 billion which rose to around $5.5 billion by the close of the year. Following its three-month consistent increase, the exchange’s trading volume dropped in January 2019 to under $4 billion. 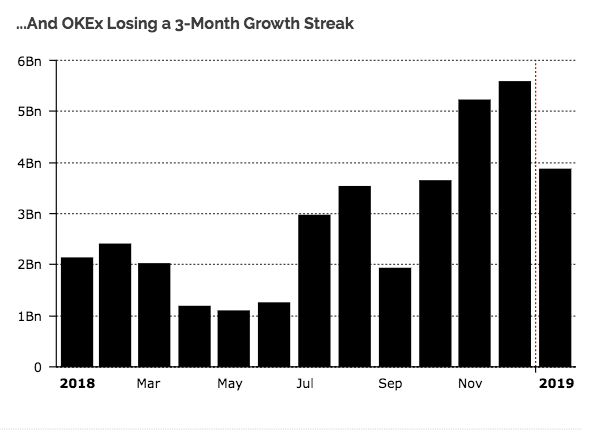 Cryptocurrency proponents might be worried looking at the dropping trading volumes, but the people behind these exchanges are not. Back in November 2018, Changpeng Zhao, the CEO of Binance said that he was not too concerned with the dropping volumes as it is an inevitable aftereffect of the ongoing bearish market. He further added that Binance’s November trading volume is a tenth of the January 2018 trading volume but was significantly higher than that of previous years.