Since its launch, BitTorrent Token [BTT] has seen considerable adoption amongst major exchanges. The token’s launch on Binance’s launchpad was a huge success and Tron Foundation has been actively promoting the token by carrying out various activities, including airdrops. Binance too has now joined the foundation in promoting the token by designing a BTT trading competition.

The exchange made the announcement on February 21 via Twitter. 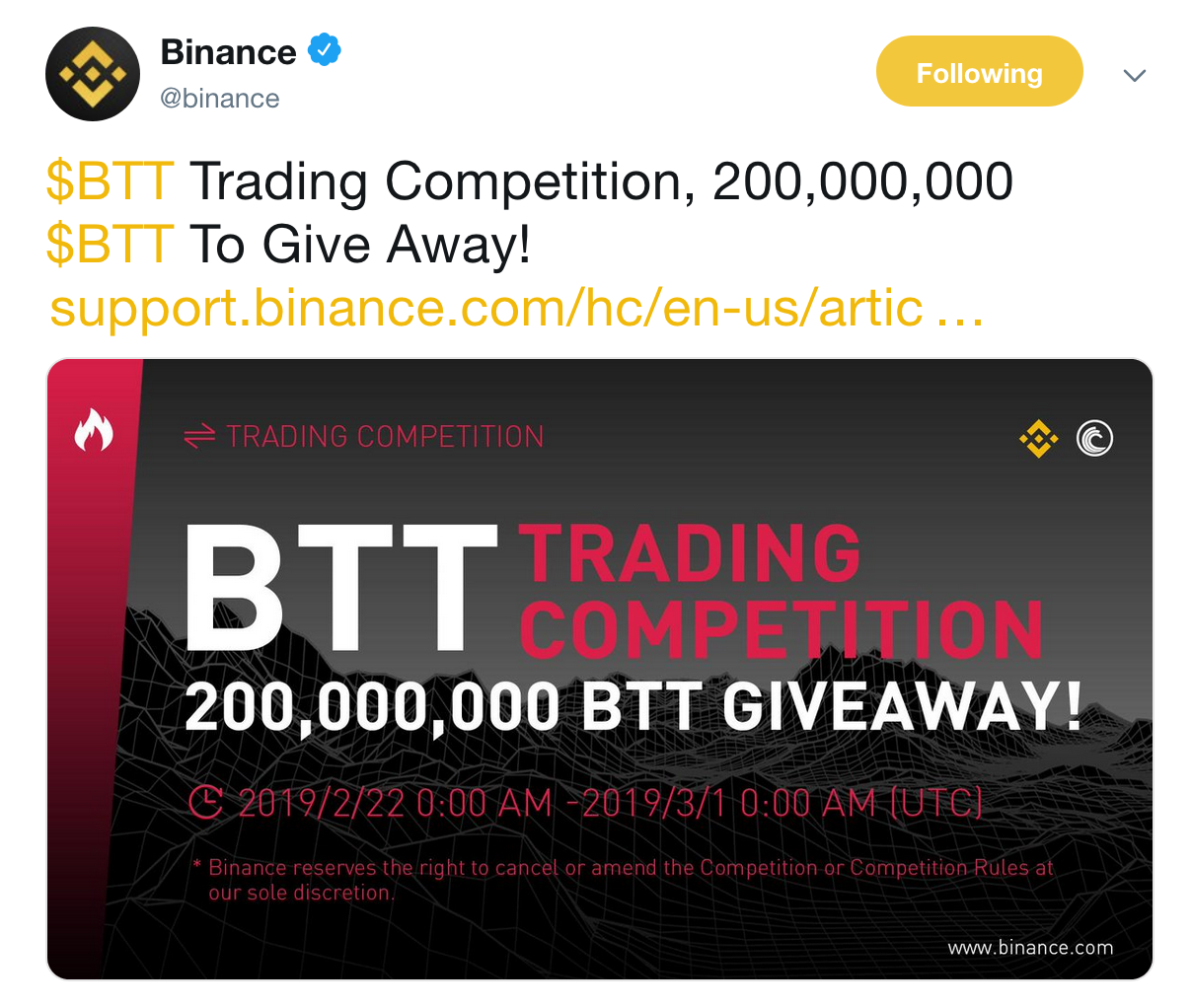 Binance stated that the competition is being hosted to celebrate the successful launch of the BTT token and the team committed a total of 200,000,000 BTT in prizes. Binance has divided the giveaways into four categories, including Deposit Promotion, Trading Competition, Reward Calculation, and Lucky Draw. The competition will start on February 22 and will go on till March 1.

The exchange has also laid down certain norms like disqualifying trades which are believed “to be wash trades or display attributes of market manipulation”.

However, some Twitter users feel that this is an orchestrated attempt to pump the market. Twitter user @Brad2pointO tweeted on the same thread saying:

“Attempts to pump it so they can dump it at new ATH’s lol.”

Another Twitter user, @bitcorn__ also, joined the bandwagon and said:

“I don’t like this token, but even I think it’s gonna pump now, actually I’ll probably buy some now ffs”.

Some users seemed concerned about the giveaway as they believe that it could negatively impact the coin’s price. @harake_hussein opined:

“I do not like giving away competition, it reduces the value of the coin. How would you convince me to invest in something that you are giving away 200,000,000 for free”.

There were a handful of users like @Kumar62399018, who looked at this competition with a positive outlook and said:

“This is what we were waiting, let’s do it. I converted some of my BTC to BTT. Waiting for tomorrow to start trading.”