The past few days have been very difficult for the cryptocurrency market. The market is on a sideways movement with sudden fall and recovery in a day’s time. Tron [TRX], the ninth largest coin, has been following a similar pattern. However, it has been competing head-to-head with other major coins. 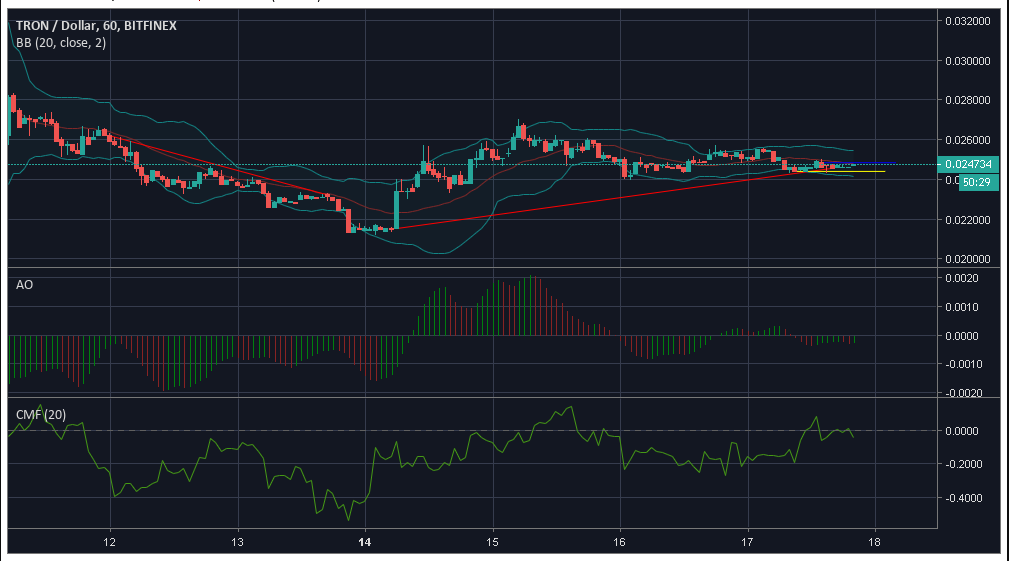 Bollinger Bands is at a converging point, indicating a decreased volatility in the market. The moving average line is observed to be above the candlestick marking a bearish trend.

Chaikin Money Flow indicates a bearish market as the marker is under zero. 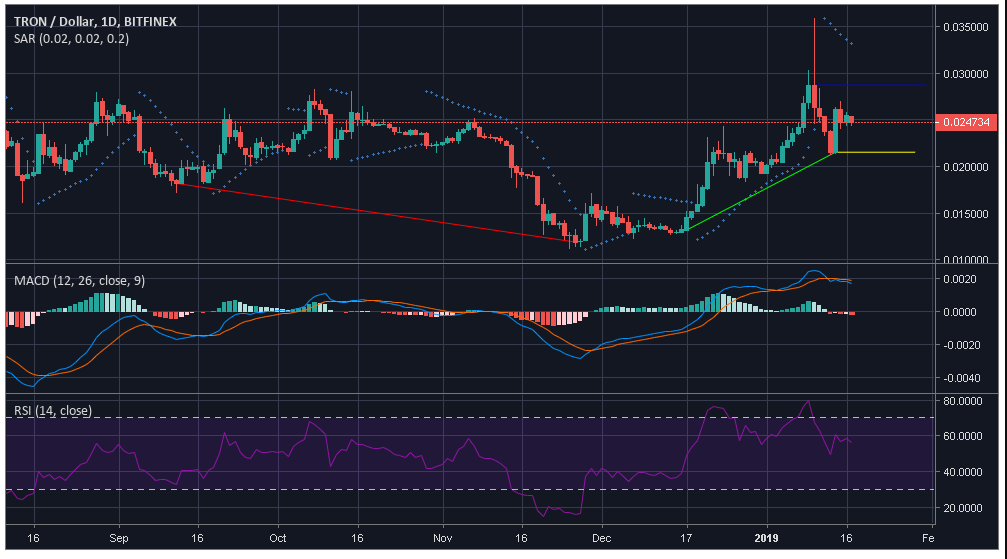 Parabolic SAR indicates a bearish market as the markers aligned themselves above the candles.

MACD line is under the signal line pointing towards a bearish market.

Relative Strength Index indicates that the buying and the selling pressures are evening each other out.

As per the indicators, Parabolic SAR, MACD, Bollinger Bands, and Chaikin Money Flow the market is bearish but Awesome Oscillator predicts a bullish market. However, going by the majority, the chances of a bear market is higher.