Emin Gün Sirer, a well-known cryptocurrency and blockchain technology influencer, made a remark against the ninth-largest cryptocurrency, Tron, on his official Twitter handle. The remark gained the attention of Vitalik Buterin, the co-founder of Ethereum Foundation, who also contributed to the criticism of Tron as well.

The Cornell professor has always been best known for his contributions in peer-to-peer systems, operation systems, and computer networking. To add on, the professor developed SPIN kernel as a grad student and is also working on scalable protocols for sharding blockchains, along with Vitalik Buterin and Vlad Zamfir, one of Ethereum’s lead researchers.

When Tron claimed itself to be one of the largest-operating systems in the world, the professor was quick to criticize it. He said: 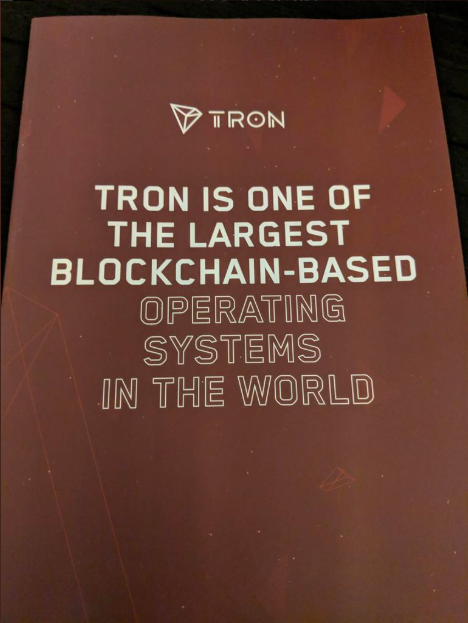 “Sirer’s Blockchain Rule #73: Anything billed as a “blockchain operating system” is an embarrassing mess.”

This was soon followed with Vitalik Buterin contributing to the remark against Tron. He said on Twitter:

“But what about legitimate blockchain operating systems like $AVA and $SUB? (I *think* that’s how one of the more recent twitter shilling tricks works…)”

“The trick is to throw your coin into a list of other coins that you know the recipients of your shilling already approve of and get them to associate your coin as “one of the pack”. Also the dollar signs. The darned {{deity}}-awful dollar signs…”

This is not the first time Buterin has spoken against Tron. The co-founder has had several face-offs with Justin Sun, the founder and CEO of Tron Foundation. Notably, the above statement made by Buterin seems to be related to one of the feuds with Sun.

This was soon met with Buterin’s dissent, who stated that the “anyone who puts a dollar sign followed by a ticker symbol in their tweet is basically a self-identified shill and not worth listening to.”