Think of all the ways you could be a victim of a crime.  Do you register any of those as inevitable? In nearly every case, it’s not even close with one major exception…identity theft. 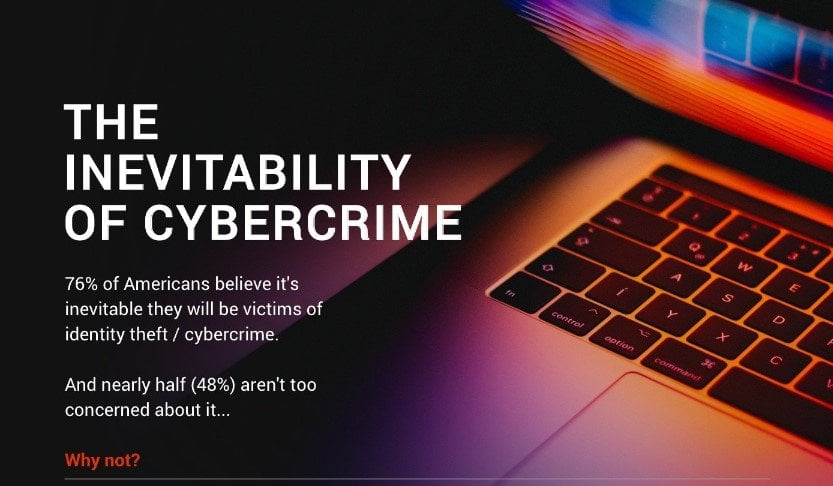 Results of a recent survey by ERP Maestro show that 76% of Americans now believe that it’s inevitable that they will fall victim to identity theft or cybercrime in their lifetime. And the sad part? Nearly 48% of them aren’t even concerned about it.

ERP Maestro surveyed 2,000 Americans to better understand their relationship with cybercrime and identity theft in 2019.  Here’s what they learned:

76% of Americans believe it’s inevitable they will be victims of cybercrime or identity theft. Nearly half of American’s aren’t even concerned about it.  Why is this?

If something does happen, 57% of Americans believe they can get the damages reversed. 25% of American believe that thieves may steal some information but feel that they can’t do much with that information. 18% believe it is statistically unlikely that they will have any serious consequences because of identity theft.

37% of Americans have already been victims of identity theft. Here’s a breakdown of what happened as a result:

The survey also asked about the consequences that resulted from identity theft and cybercrime.  Listed below are the top five consequences of cybercrime and identify theft in America:

Nearly one third of respondents said there were no real consequences to identity theft. Is this true or are most Americans not aware of said consequences?

EPR Maestro also asked what people are doing to actively prevent identity theft. Listed below are the top results:

To see the full analysis on cybercrime and identity theft in America in 2019, check out the infographic below.

The post The Inevitability Of Cybercrime And Identity Theft appeared first on ValueWalk.