The whole cryptocurrency market started the new year pained green, with some of the coins rising in double digits. However, the bear has managed to regain its control over the market, as several coin are seen severely injured because of its attack. Even top coins such as Bitcoin [BTC], Ethereum [ETH], XRP, and Litecoin [LTC] succumbed to the bear’s attack.

Litecoin [LTC], a leading cryptocurrency in the market, aka the Vegeta to Bitcoin [BTC]’s Goku, is pictured bleeding the market. The coin has lost its bid over the seventh largest position by market cap to Tether [USDT] and is currently placed at the eight position.

According to CoinMarketCap, at press time, Litecoin was trading at 32.29 with a market cap of $1.93 billion. The cryptocurrency has a trading volume of $551.6 million and has plunged by over 6% in the past seven days. 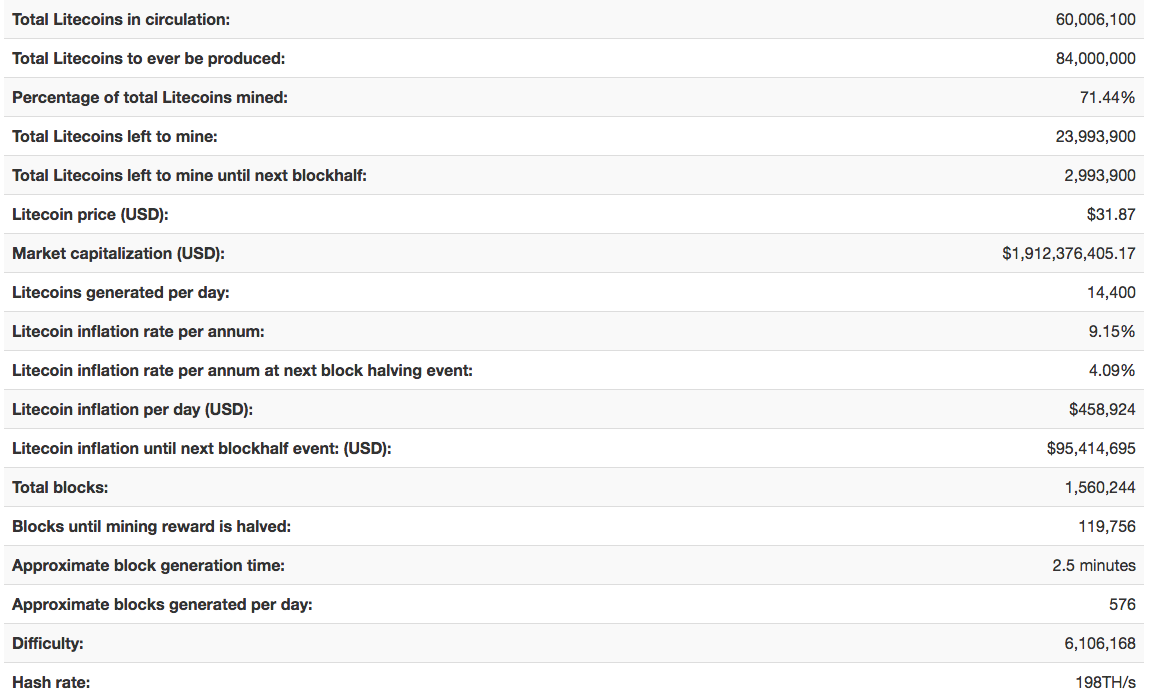 Additionally, according to Litecoinblockhalf, the next block half reward is going to take place in about 207 days, wherein around 3 million more coins would be included in the total coins in circulation. The block reward will effectively drop from 25 Litecoin to 12.5 Litecoin.

“To clarify more, think of last Christmas when demand was pretty high and the price of litecoin. In 20 years the supply will no increase much yet the demand effectively can continue to increase. Happening is a great thing for price”

“And 100% of it is owned by less than 1.4 million people. 70% of the total supply in the hands of less than 1/10 of 1% of the world. Pumping out your supply this quickly ensures that global adoption is off the table.”

“I’ll just wait till the bubbling starts and all those hoarders try to cash out for fiat and tank another crpyto currency just like bitcoin. Literally a inflation scam.