In what is welcome news for many in the cryptocurrency, and especially the Litecoin community, Charlie Lee today announced that Litecoin will be made more fungible, and that confidential transaction features will be implemented in a future release of the full node. Although Lee hasn’t put forward a specific time-frame for the release, he did suggest that he expected it to be implemented sometime in 2019.

Charlie Lee has long been interested in fungibility and incorporating Gregory Maxwell’s Confidential Transactions features to Litecoin. Confidential Transactions, in his opinion, offer a comprehensive solution to Litecoin’s fungibility problem and will finally allow it to be recognized as sound money. Now it would seem, however, that Lee has moved on from SegWit and is moving ahead to soft fork this in. 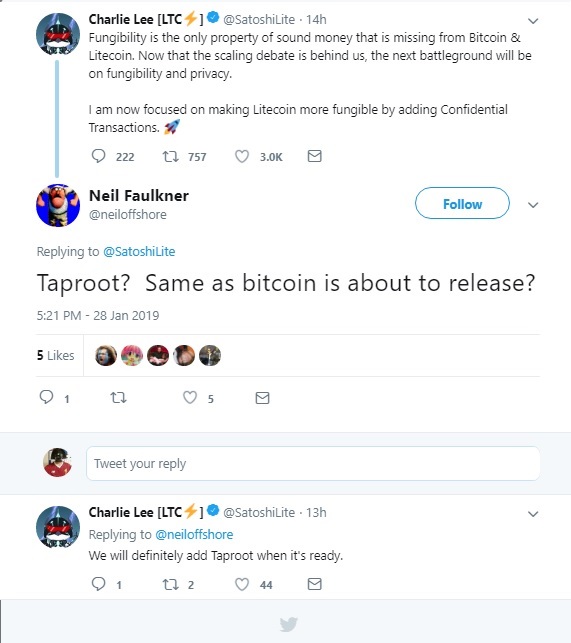 With Confidential Transactions, users will no longer be able to find out how many coins the other party owns, a useful tool for individual privacy and the security of financial transactions. This feature, like Zcash, will be optional only initially and not mandatory like Monero as although the latter offers more privacy and fungibility, it is difficult to achieve via consensus.

Charlie Lee also confirmed that Taproot, a feature that offers smart contract flexibility and more privacy options will also be part of such a release when ready. Taproot uses the Schnorr signature and combines it with the Merkle tree to offer more privacy solutions to the ever-increasing network and was first offered to be implemented on the Bitcoin network. 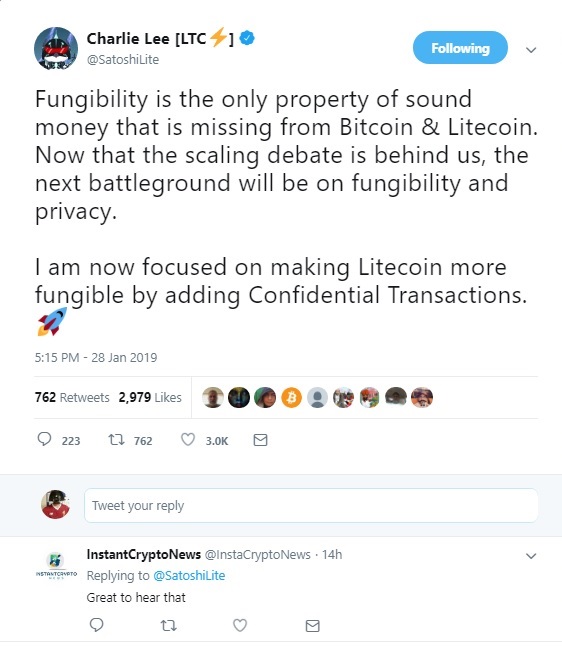 The move to add CT and make Litecoin more fungible does have its detractors, however. For instance, many on Reddit have pointed out that block size will be thrice the present size after CT is implemented (Charlie Lee has suggested that it isn’t a present concern though). Some have also suggested that making the CT and privacy features an opt-in would defeat the entire purpose of the development as often, users don’t even use them because of the added formality to a transaction.

Fungibility, or the ability of a good to hold equal value when interchanged with individual units of the same good has long been an issue for cryptocurrencies such as Litecoin and Bitcoin. Bitcoin, in fact, has long suggested that it is fungible. However, the fact that the Bitcoin blockchain’s pseudo-anonymity allows anyone to differentiate between clean and tainted coins, making the former more valuable than the latter, adversely affects the coin’s fungibility.