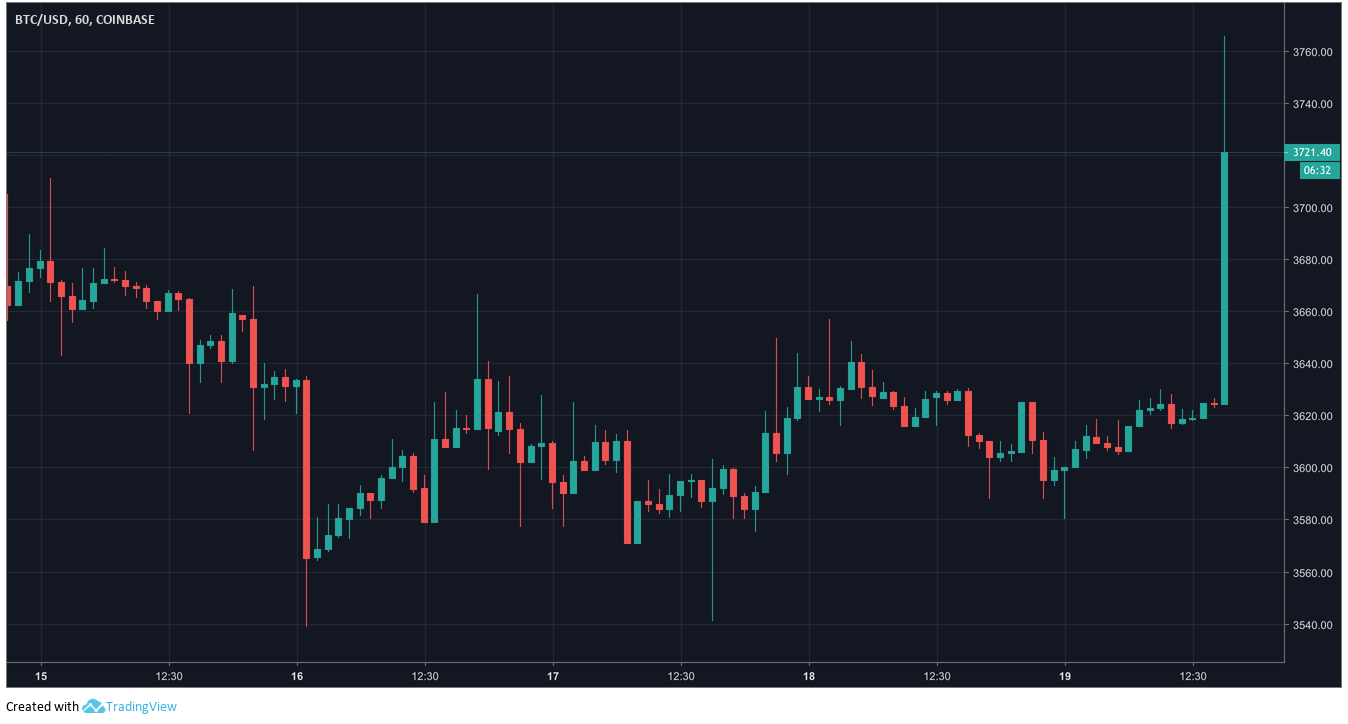 The one-hour candle has 45 minutes more to close, with the prices still rising. The trading volume for Bitcoin was below $5 billion just a few hours back and it has now risen to $5.3 billion.

Bitcoin’s price so far has held the $3,400 support line steadily and it doesn’t look like the prices are going to fall below this line anytime soon.

This flash hike of Bitcoin’s prices will face resistance at $3,778, which was created after the recent drop in prices on January 10, 2019.

BitMEX exchange, which trades Bitcoin derivatives, shows the price of Bitcoin at $3,738 at the time of writing. The depth chart for BTC shows that the buyers and sellers are almost equally distributed, which is quite shocking as Bitcoin’s prices are spiking sporadically.

CoinMarketCap shows that the price of Bitcoin in the one-hour, 24-hour and the seven-day time frame have all increased by approximately 2.25%.

BitMEX exchange provides the most trading volume from its derivates of Bitcoin as it contributes a total of $857 million in volume via trade pair BTC/USD.