Since then, the commission has taken several steps in order to protect the investors. The regulatory body has also made a decision on several projects for not abiding by the rules related to the issuance and trading of security tokens.

One such project that made to the crackdown list of SEC was Paragon. The project that was initiated in July 2017, promised the investors and enthusiasts a change in the cannabis industry. The team assured to transform the industry into a ‘safer, more transparent, and more accessible’ haven. The company raised over $12 million from an approximate of 8,232 investors by selling the green dream.

However, in the month of November 2018, the commission announced that the project was caught under their radar, resulting in an administrative cease and desist order. In the official announcement, the regulatory body has stated that the ICO conducted by Paragon can be classified as a securities offering. The commission had added that this was clearly mentioned in their report on Digital Autonomous Organization [DAO], the project that led to a split in the Ethereum blockchain.

As a result of not registering with the commission, the company had violated the securities act. This resulted in the firm opting for a settlement that included a penalty of $250,000 imposed on the cannabis centric-firm. Along with submitting a monthly report to the commission, the firm was also required to compensate those investors who underwent a loss because of their investment in the token. This was for all the investors who had purchased the token on and before October 15, 2017.

Soon after agreeing to settle, the firm released a claim form for all the investors who had taken part in the ICO. The form had stated that the investors would be paid in full, i.e., the original amount invested to buy the token plus interest.

Earlier this month, the coin grasped the attention of the entire market again because of the surge in its price. According to CoinMarketCap, on January 1, 2019, the price of the coin witnessed a rise of more than 6000%, as the value jumped from $0.165866 to its high valuation of $10.28. The cryptocurrency had a market cap of over $25 million and a trading volume of over $3 million. The highest value of the cryptocurrency was recorded on YoBit, a Russian-based cryptocurrency exchange. 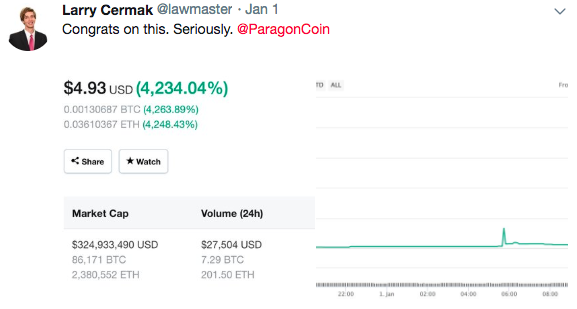 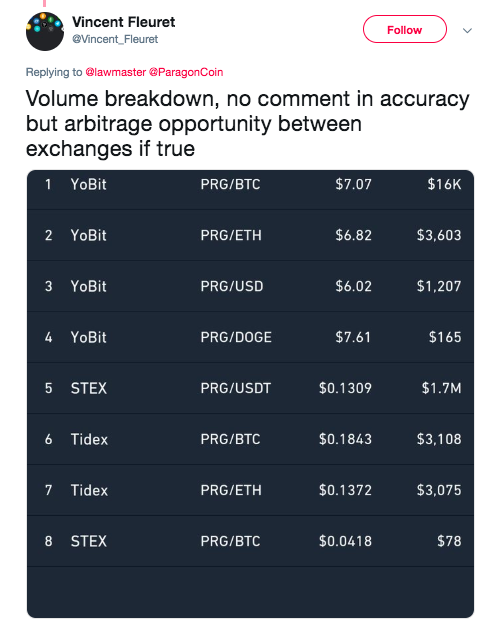 Notably, the exchange platform that the currency was trading at its highest price had announced that they would be organizing pump and dump schemes on their official social media handle.

YoBit announcement regarding the pump-and-dump scheme

Post the announcement, the first cryptocurrency that was pumped by the exchange was PutinCoin, which surged by over 800% within a few minutes. They had also stated on Twitter: