The week started off quite poorly for Bitcoin Cash [BCH], with the coin being pushed down from its long-held fourth position on the coin ladder, two spots below. The collective market lost in excess of $8 billion on January 29, causing a major reshuffle in the top-5, as Tether [USDT] and EOS [EOS] overtook the Bitcoin hardfork.

Bitcoin Cash fell below the $2-billion market capitalization mark for the first time in over a month and the price of the altcoin was pushed under $110, after enjoying weeks of trading between the range $120-$130.

In terms of exchange dominance, BitMart holds the top spot with $25.75 million or 9.66 percent of the global BCH trade volume in the BCH/USDT trading pair. Following up is P2PB2B in the trading pairs: BCH/USD, BCH/BTC, accounting for 5.42 percent and 5.29 percent respectively. 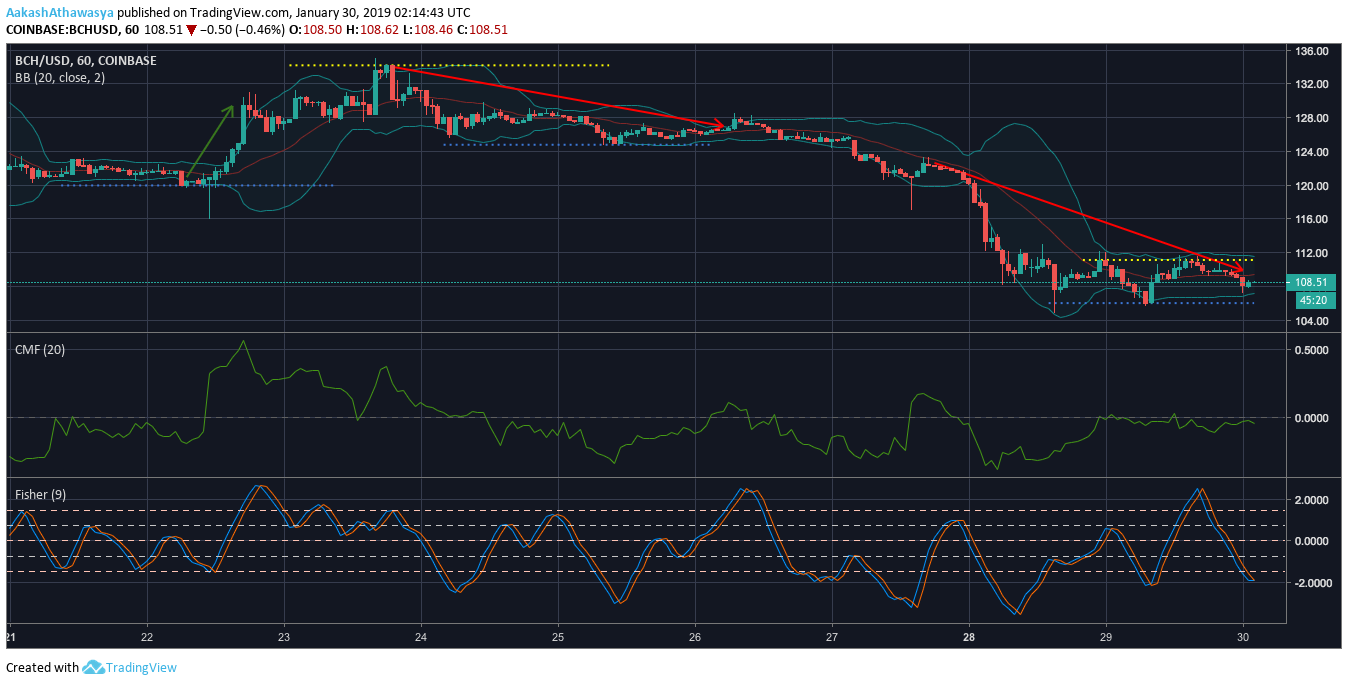 The Bollinger Band show a decline in volatility as the market’s downward swing is decreasing in severity and prices are stabilizing with the Moving Average line pointing to a bearish market.

The Chaikin Money Flow points to a mildly bearish swing, as investors are decreasingly pulling out their money from BCH, given that the CMF line is just below 0.

The Fisher Transform tool shows a bearish crossover in the Bitcoin Cash market. 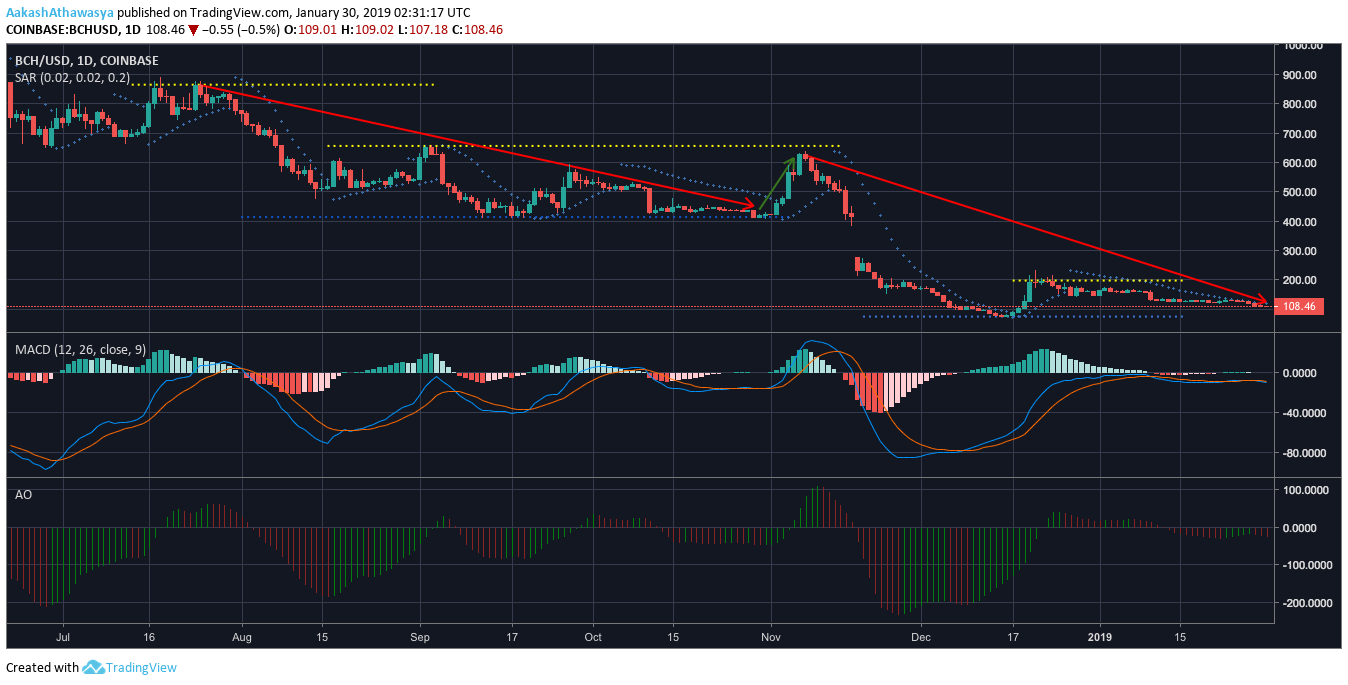 The downward sloping trend line in the short-term is mirrored in the long-term, as the coin has not managed to shake-off the November hardfork bears. As indicated by the one-day trend line, the coin has seen two noticeable downtrends, the first, prior to the split from $862 to $451, followed by from $624.33 to $125.18.

Bitcoin Cash’s immediate resistance level is $197.69, which the coin is nowhere close to touching, and the immediate support level is $74.98. If the bearish market persists, Bitcoin Cash could slip below the aforementioned support level, replicating the mid-December market.

The Parabolic SAR indicates that the coin is in a mildly bearish market in the long-run, despite the recent slip-up.

The MACD line still shows that BCH is trading with bearish momentum.

The Awesome Oscillator further confirms the above trends, as it indicates a bearish market for Bitcoin Cash.

The recent market meltdown severely hurt Bitcoin Cash, pushing it below support levels, shaving the market cap below the $2 billion-mark and even allowing EOS and Tether to overtake it, but the long-run trend line shows no significant change as the indicators only suggest a mildly bearish market. However, if current market sentiments persist, the coin could slip below its long-run immediate support level as well.