The cryptocurrency market has been bleeding from the past few days and Bitcoin Cash [BCH] has been the biggest loser as of December 8. At the time of press, the coin was valued at $161.53 with a market cap of $2.8 billion. The coin registered a trading volume of $193 million with a fall of 0.66% in the past day. The coin has recovered but the overall growth of the coin is only 0.11%. 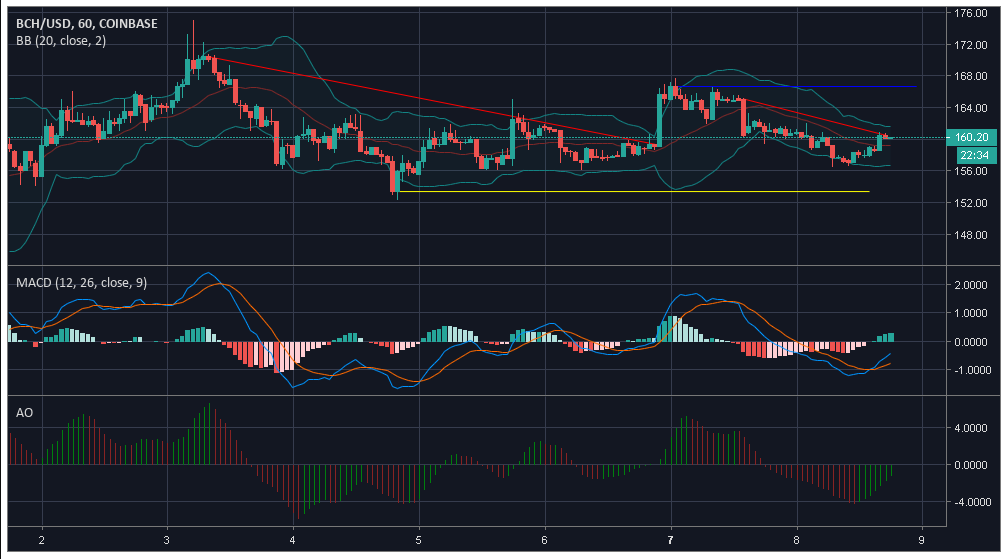 Bollinger Bands appeared to be converging, and the moving average line was under the candlestick, indicating a bullish market.

MACD line over the signal line pointing towards a bullish market.

Parabolic SAR points towards a bearish market as the markers align above the candles.

Chaikin Money Flow indicates a bearish market, as the marker dunks under zero.

Relative Strength Index indicates that buying and selling pressures are evening each other out.

As per the indicators, MACD, and Awesome Oscillator the market is predicted to be bullish, however, a majority of the indicators, Bollinger Bands, Parabolic SAR, and Chaikin Money Flow forecast a bearish market taking over.

The post Bitcoin Cash [BCH] Technical Analysis: Bear picks up the pace taking over the market appeared first on AMBCrypto.