The collective cryptocurrency market saw the most significant tremor of the new year which resulted in major shifts in the coin ladder. Bitcoin Cash [BCH], the Bitcoin hardfork emerging in August 2017, has been pushed down 2 places as the market shaved more than $8 billion.

On January 26, the collective market cap was valued at $121.75 billion and in just two days it dropped by 8.34 percent to $111.6 billion to its lowest point since December 17, with the now sixth largest cryptocurrency, Bitcoin Cash, bearing the brunt of the decline.

Bitcoin Cash began the week flirting with its support level, recorded on January 28 as $120.87, with the coin currently trading significantly below at $109.22, indicating a steep fall. The coin now finds support at $107.6, but the prospects of a push above the same look bleak. 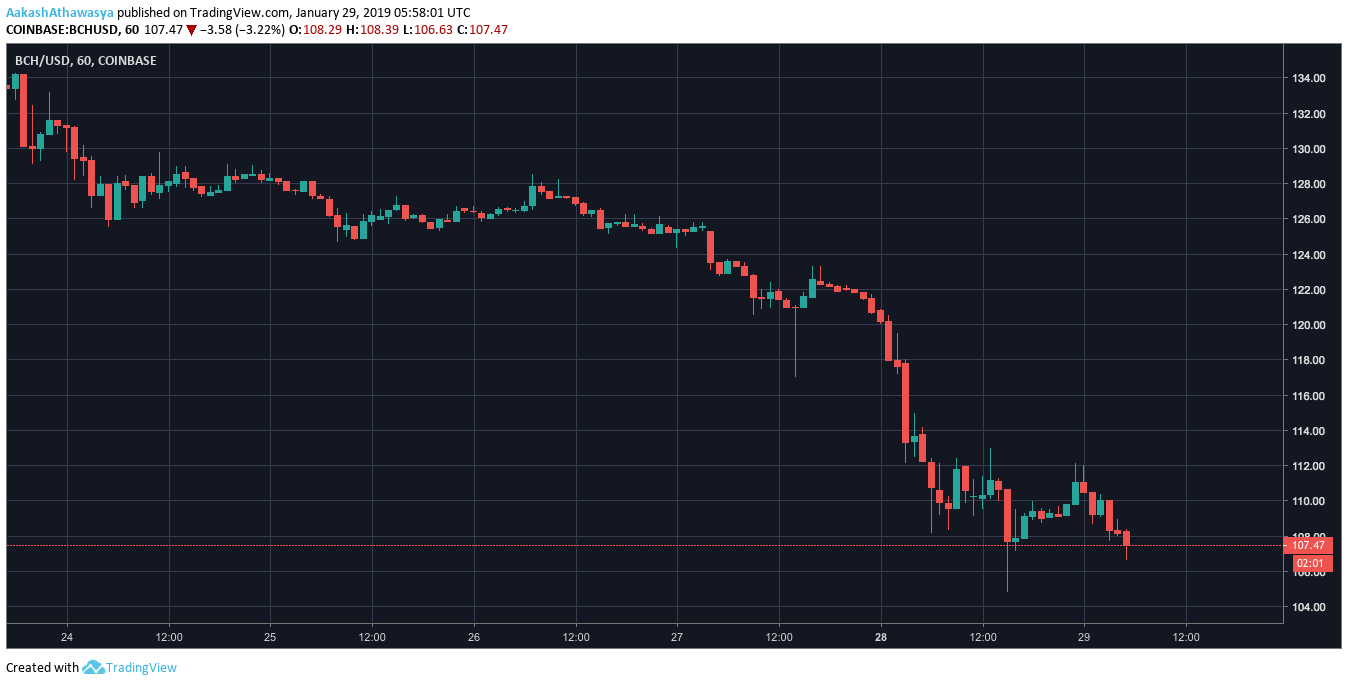 The sixth-place cryptocurrency is by no means the only loser in the market, as the collective market is on a downturn triggered by Bitcoin’s slip below $3,500, currently trading at $3,450. All major coins, barring the prime-stablecoin, Tether [USDT] are flushed in red, but the severity is pronounced in BCH leading to its slip.

EOS [EOS], the decentralized applications [DApps] focused cryptocurrency trailing Bitcoin Cash for the fourth spot, has faced bittersweet success. EOS rose above Bitcoin Cash with a current market cap lead of under $100 million but saw Tether hold firm, as investors look to offload their cryptocurrency as the market took a bearish switch.

In all this mayhem, Bitcoin Cash also saw its market capitalization slip below the $2 billion mark to $1.92 billion, at press time, its lowest market cap since mid-December. EOS [EOS] has cut over $240 million from its market cap and is hovering just over the $2 billion mark and if market conditions persist, EOS will follow the BCH trend. Furthermore, EOS is now priced at $2.21, slipping just below its immediate support level placed at $2.22, the first time the coin has slipped below this price mark for over a month. Tether has swapped spots with Bitcoin Cash, and overtaken EOS in the process, as the market meltdown continues, pushing coins to one-month lows.

Despite the overwhelming shift, Bitcoin Cash is not the worst-performing coin on the market. That feat is taken by Stellar Lumens [XLM] which is staring down a 7.06 percent decline against the US dollar as its market cap now stands at $1.61 billion. Stellar Lumens, placed on the ninth spot on the global coin ladder has seen its worst decline since December 2017. The coin now languishes at a market cap of $1.607 billion, which it has not witnessed for over a year. At press time, the price of XLM is $0.0838, with the coin trading well above $0.11 one month prior. 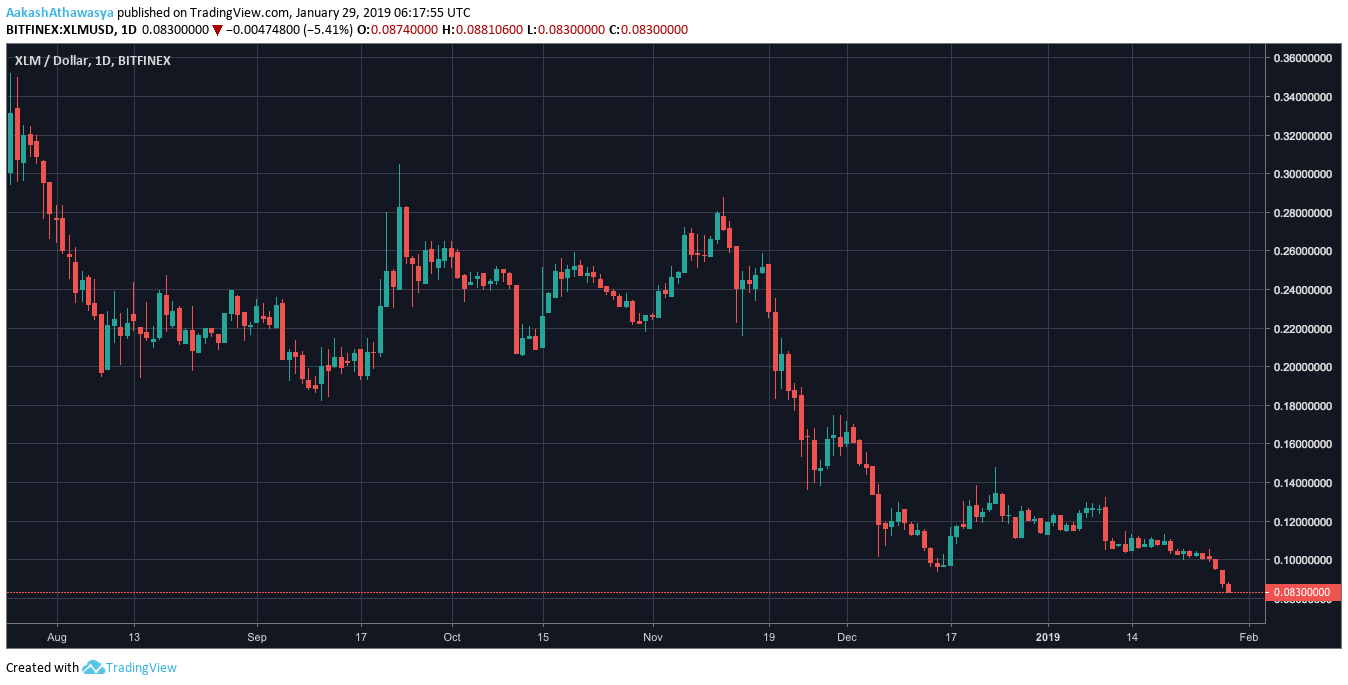