The cryptocurrency market battled the bear for a long time before observing growth on January 13. The market has witnessed new normalcy as the coin is rising and falling almost in a rhythmic pattern. Bitcoin [BTC] has been observing a bearish market ever since Ethereum [ETH] started to soar. The biggest coin in the major coin list, BTC has still not attained stability. 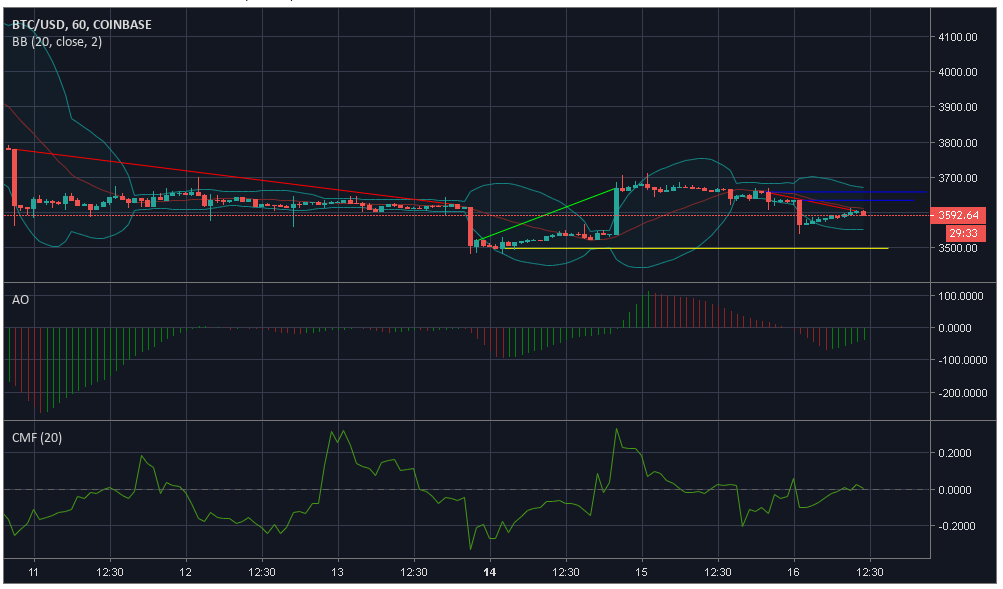 Bollinger Bands appear to be at a diverging point, increasing the volatility in the market. The moving average line is above the candlesticks pointing towards a bearish market.

Awesome Oscillator, on the other hand, indicates a bullish market losing momentum.

Chaikin Money Flow is above zero marking a bullish market. However, the marker might fall under zero soon. 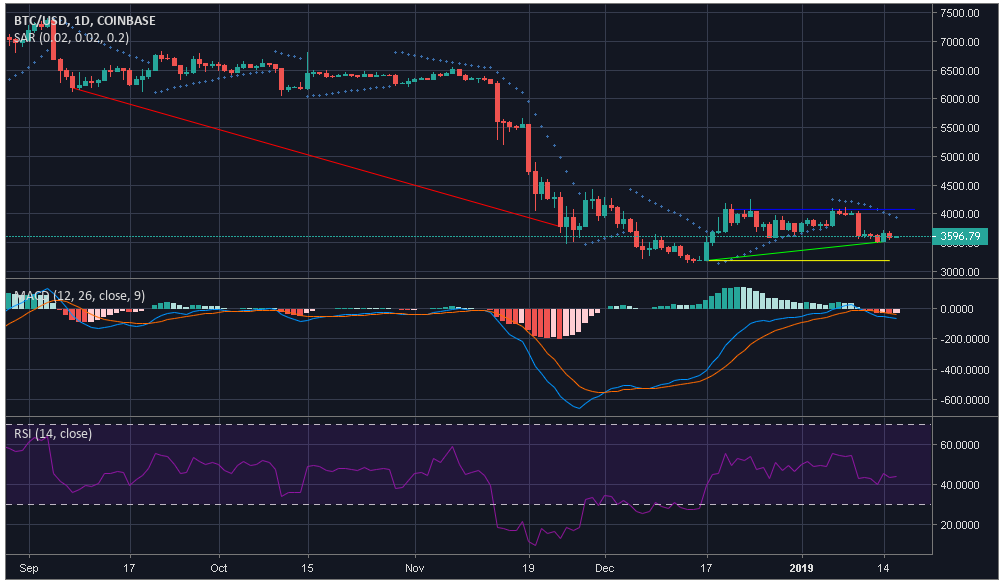 Parabolic SAR indicates a bearish market as the markers have aligned above the candlesticks.

MACD line is above the signal line, indicating a bearish market.

As per the indicators, Bollinger Bands, Parabolic SAR, and MACD predict a bearish market. Whereas, Awesome Oscillator and Chaikin Money Flow forecast a bullish run, which seems like a long shot at this point.