As the year comes to an end, Bitcoin [BTC] marks the end with a little slip. BTC, at the time of press, had slipped by 2.38% over the past 24 hours. 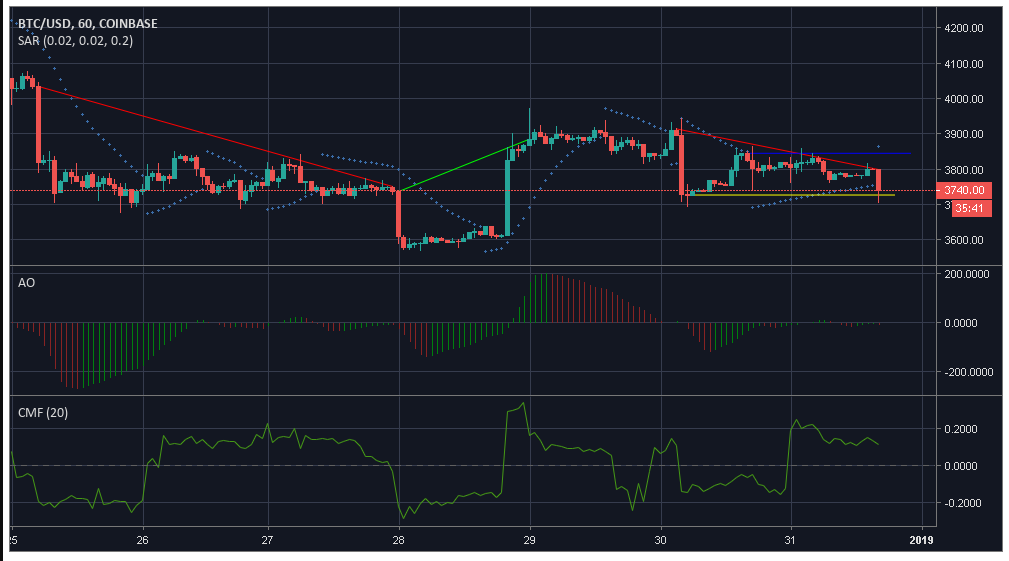 Parabolic SAR hints towards a bearish as the markers align above the candlesticks.

Awesome Oscillator indicates a bearish momentum emerging, but as per the previous trend, it might be a short-lived one. 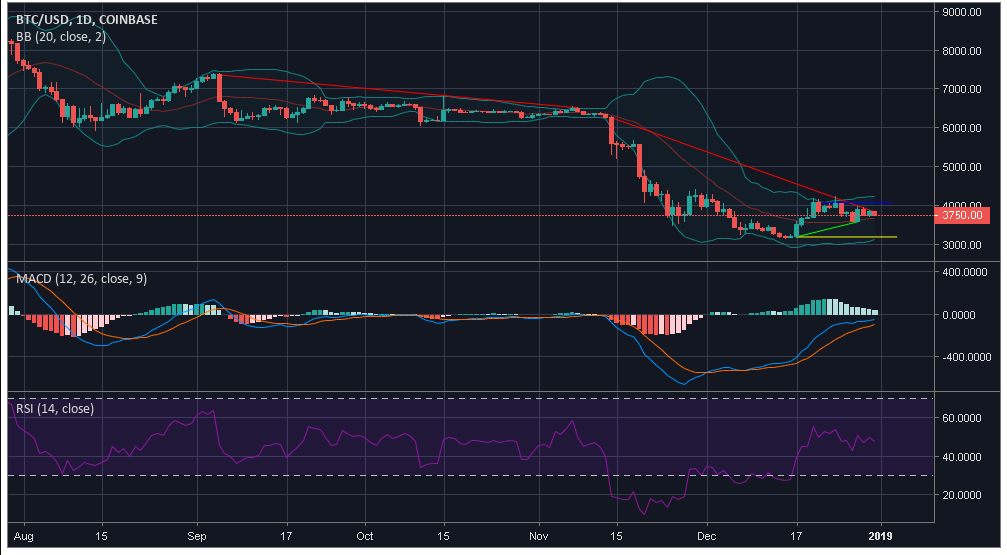 Bollinger Bands appears to be at a converging point, indicating a decreased volatility in the market. The moving average line is under the candlesticks, thus marking a bullish market.

MACD line is above the signal line hinting towards a bullish market.

According to the indicators, Awesome Oscillator and Parabolic SAR a bearish market is predicted. However, Chaikin Money Flow, Bollinger Bands, and MACD point towards a bullish market.