The cryptocurrency market has been bleeding for the past few days and many coins which reigned the market during the bullish phase have fallen prey to the bear. Bitcoin [BTC], the kingpin, is one of the coins which has suffered the burn of the bearish market. 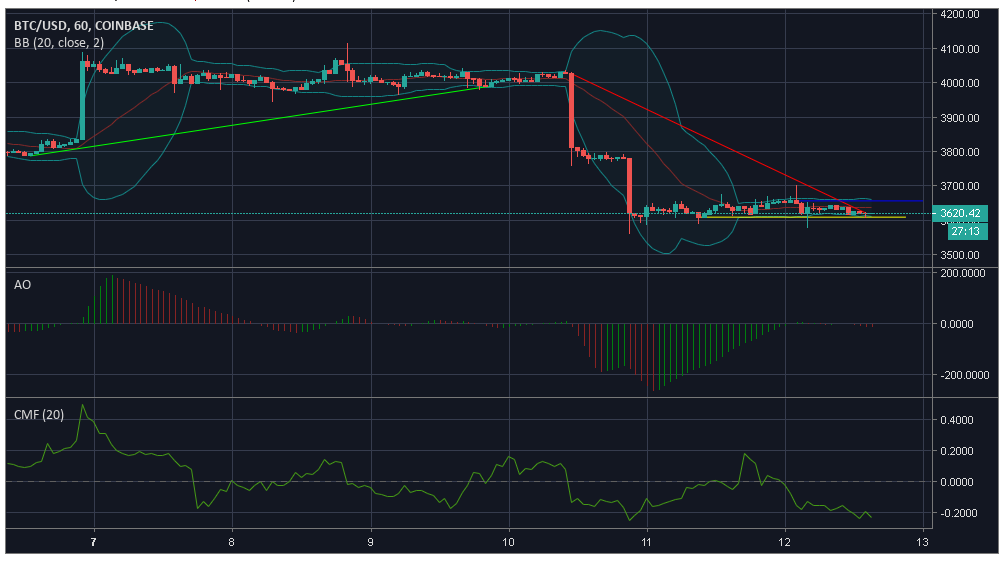 Bollinger Bands appear to be at a converging point, indicating reduced volatility in the market. The moving average line is over the candlesticks, marking a bearish reign in the market.

Chaikin Money Flow also points toward a bearish trend in the market as the marker is below zero. 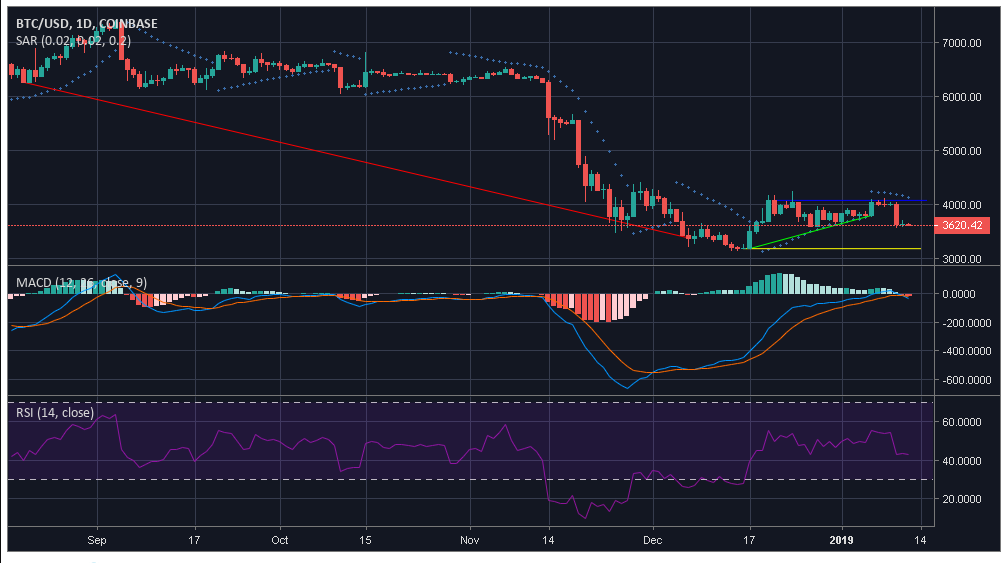 Parabolic SAR points towards a bearish market as the markers align above the candlesticks.

MACD line is under the signal line, pointing towards the awakening of the bear.

As per the indicators, Awesome Oscillator, Chaikin Money Flow, Bollinger Bands, MACD, and PArabolic SAR, a bearish reign seems to be the future for the coin.