According to analysts at JP Morgan Chase & Co., the top cryptocurrency in the market, Bitcoin [BTC] is not worth the mining cost, except to miners in China who can mine the coin at a fairly low cost, as reported by Bloomberg.

The analysts at the financial giant stated that the production-weighted cost to mine one Bitcoin amounted to $4,060 globally in the fourth quarter and the price of one Bitcoin, at press time, is under $3,500, following a severe decline post the weekend. 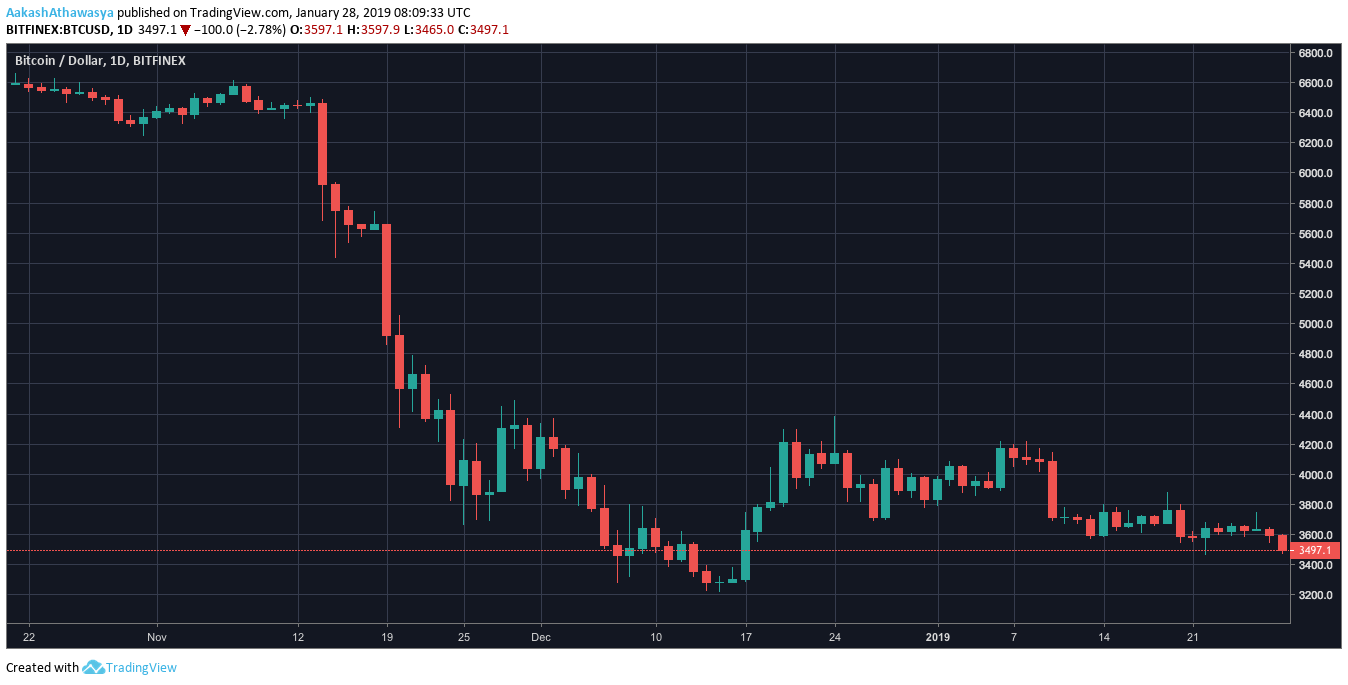 Miners in China, that can produce the coin at a low-cost edge the rest of the market and can come out positively. The JP Morgan team, led by Natasha Kaneva in a January 24 report, estimates that these miners dish out approximately $2,400 for every Bitcoin mined, in terms of electricity expenses.

JP Morgan’s figures, however, exclude the cost of the equipment and are on the higher extreme because of strict efficiency assumptions. The analysts stated:

“The drop in Bitcoin prices from around $6,500 throughout much of October to below $4,000 now has increasingly pushed margins further and further negative for just about every region except low-cost Chinese miners.”

Miners who spend a larger share on the production of Bitcoin should drop out as the relative cost increases, the analysts affirmed. However, they persist, with miners operating out of the United States, Czech Republic, and Iceland seeing their production shares rise in the past year, stated the analysts.

Moreover, if miners do drop out of the market due to rising cost, the miners who remain will their relative costs fall as the coins mined would increase with the energy consumption remaining the same. The analysts added that if the Chinese miners who operate on the lower cost end remain, there could be a reduction of $1,260 in the marginal cost of Bitcoin mining.

John Normand, the head of cross-asset strategy at JP Morgan said that Bitcoin and the other virtual currencies in the market do not make a good store of value or even as a hedge in investment portfolios, adding that there are more liquid and simple financial instruments for hedging.

“If the future indeed entails dystopia, then for consistency, investors and corporates should be making broader and deeper preparations beyond just acquiring cryptocurrencies.”

Back in November 2018, when the “crypto-winter” commenced shaving the market cap by $100 billion, miners began to bear the brunt of the decline. Miners in China were even selling their mining equipment by the kilo, in order to salvage some money as the cryptocurrency market crashed.