A French painter, Pascal Boyart, well-known for his Bitcoin and cryptocurrency paintings recently painted a mural in Paris that has a hidden puzzle in it. The puzzle when solved will reward the person with $0.26 BTC [~$1,000].

“#StreetArt treasure hunt in Paris with a #Bitcoin puzzle
For the 10th birthday of the genesis block, I painted this frescoe in Paris with a 0,26btc ($1000) puzzle in it.
Here’s the public key: 1NqPwPp7hEXZ3Atj77Ue11xAEMmXqAXwrQ Thanks to @alistairmilne for sponsoring this” 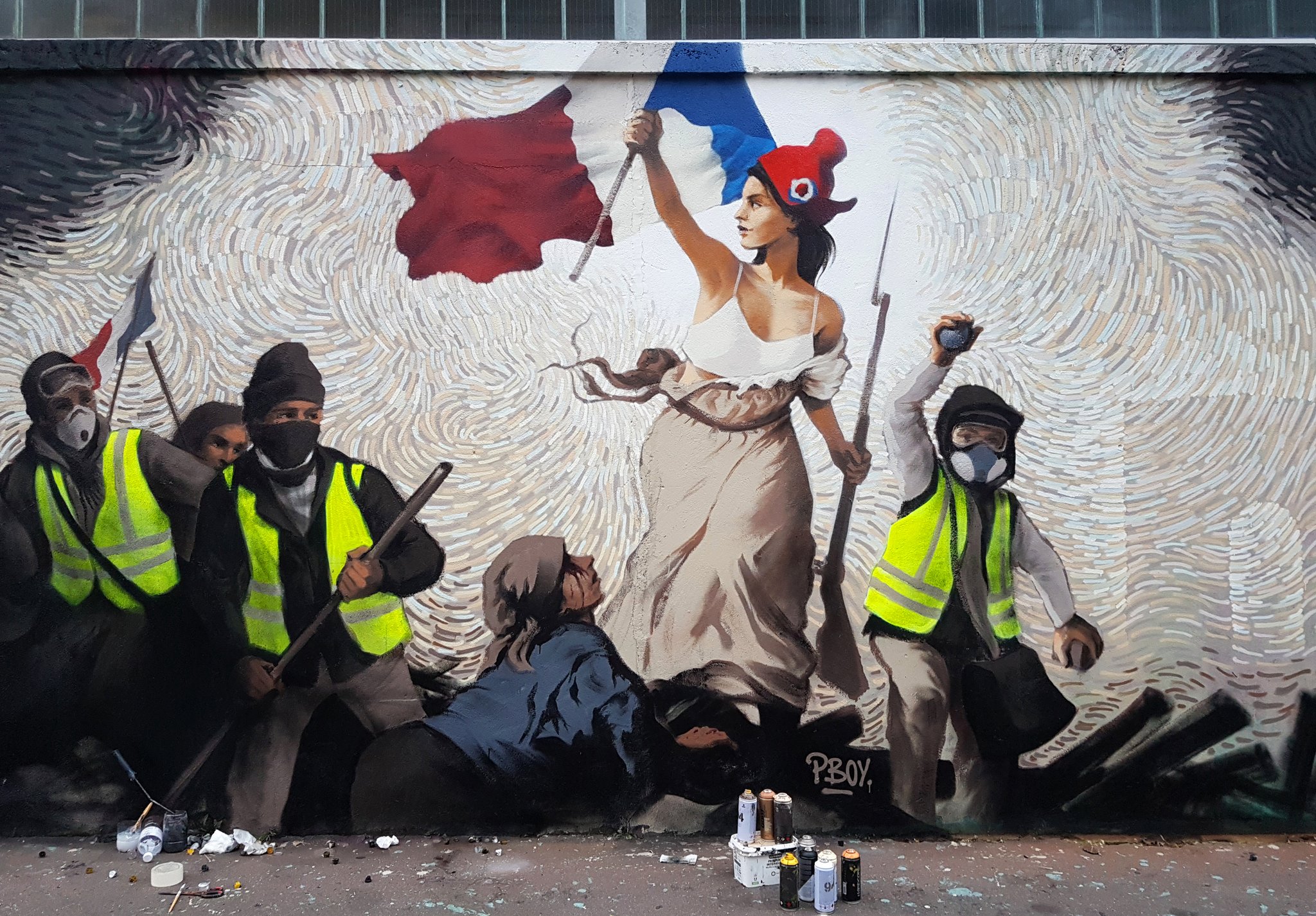 He said that the person solving the puzzle had to be physically in front of the mural and made sure to not give out any more hints.

This painting symbolizes the revolution that the people in France and Paris are going through against the burdening taxes that are being levied on the working and middle-class people. The Yellow Vest Protests have been happening for over two months in mainland France, which started on November 17, 2018, and has still shown no signs of stopping.

The painting, as seen in the above picture draws inspiration from the famous Eugène Delacroix’s “La Liberté guidant le peuple” [Liberty leading the people].

Liberty Leading the people is a painting that depicts how the woman, Marianne is leading people from all walks of life with pistols, rifles, and swords to revolt against the then king, King Charles X.

The tricolor flag represents the symbol of revolution and the current painting by Boyart represents the revolt against the President of France, Emmanuel Macron.

Even Bitcoin was created as a revolution to the existing financial system and its centralized concepts and was released to the people at the right moment, which helped to make its infusion easier.

The reason behind these protests has been mainly due to the rising fuel prices, high cost of living and claims that a disproportionate burden of the government’s tax reforms was falling on the working and middle classes, especially in rural and peri-urban areas.

The protests gained the attention of media around the world and one particular image of the protest caught the eye of the people in the Bitcoin and cryptocurrency community, which was a man wearing a yellow vest that said, “Buy Bitcoin” on the back.

“This is great work! Spreading awareness through artwork – a very good angle

The post Bitcoin [BTC] finds its way in a “Liberty Leading the people” styled painting in Paris amidst the Yellow Vest protests appeared first on AMBCrypto.