The cryptocurrency market has been seeing a rollercoaster ride in terms of price with the market seeing multiple ups and downs. On January 10th, the market saw a massive bearish drop with almost all the major cryptocurrencies seeing significant price drops. Bitcoin [BTC], Ethereum [ETH] and XRP all saw drops in the 1-hour chart that has been noted by both users and investors. 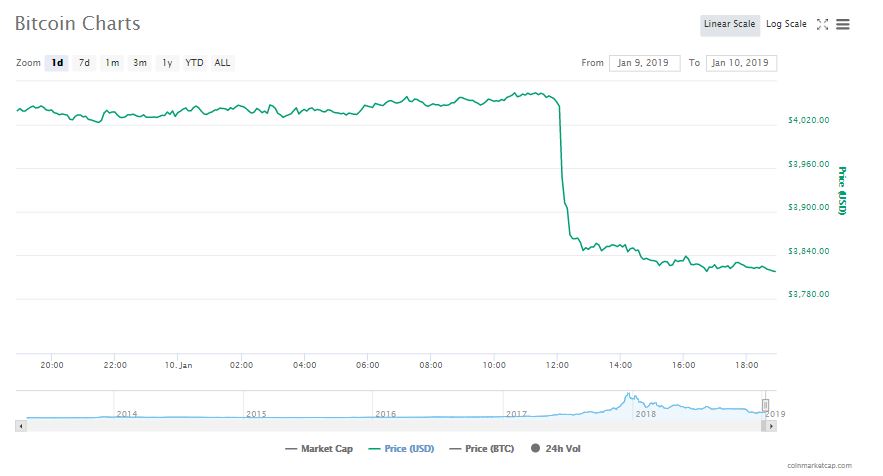 Another cryptocurrency getting attacked by the bear was XRP, sliding by 3.10% in an hour and 6.7% in the 24-hour spectrum  The cryptocurrency was trading for $0.34 with a total market cap of $14.065 billion. XRP held a 24-hour market volume of $775.485 million which was split between Upbit and ZB.COM. 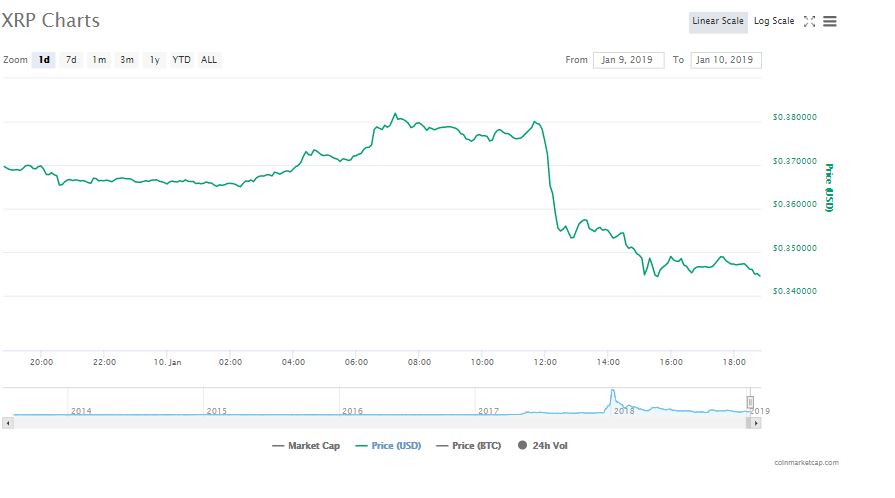 XRP had received a boost last week when Ripple announced that the company had partnered with over 200 financial institutions. Brad Garlinghouse, the CEO of Ripple had said:

“People got really excited about the potential of a new platform and the hype got ahead of the reality. That unequivocally has happened in this space… There’s religious fervor around all of them — some people seem to think these are the crusades and this is a holy war is being fought.”