Ethereum [ETH], the third-largest cryptocurrency by market cap, witnessed a massive slump in terms of its price, through-out last year, 2018. The year saw the coin reach its highest value, i.e., $1419 in January and fall to its lowest point for the year, i.e., $80 in December, recording almost 94% of loss.

The coin is back in the spotlight because of an investigation by ORS Labs. The firm’s new product, CryptoHound, a multi-blockchain AI-powered crypto analytics tool, shows that 5% of the total Ethereum [ETH] supply was transferred on the same day in the month of December 2018. The report shows that almost $500 million worth of Ethereum was transferred on December 1, 2018, and these transactions are recorded on six wallet addresses.

“Using ORS CryptoHound Transactions Widget we analyzed the top 1000 ETH transactions from October 1, 2018 to December 6, 2018. We discovered that abnormal activity occurred on December 1, 2018.” 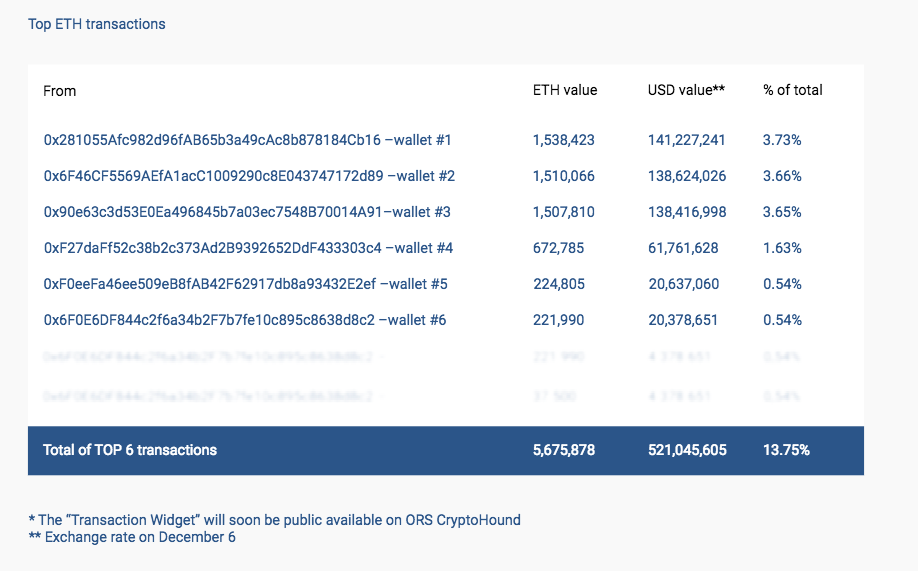 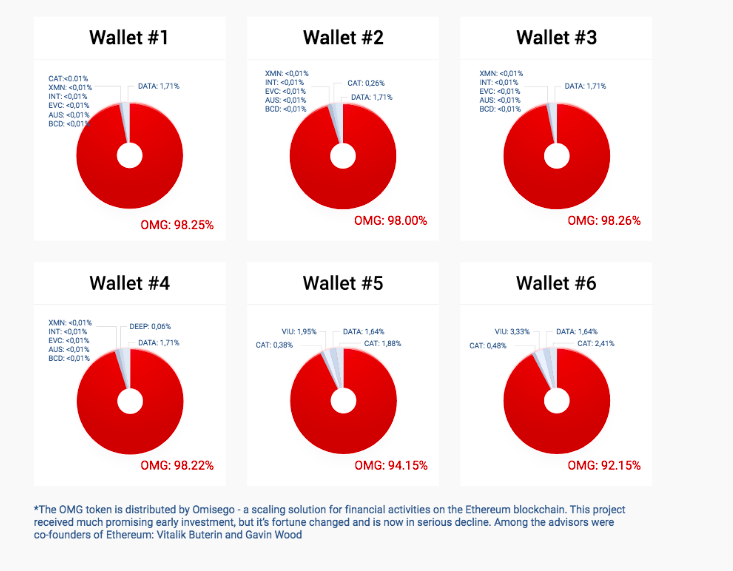 “Following the money, we discovered that these transactions didn’t settle in the first wallets but underwent 313 before eventually landing in 39 wallets.”

This was followed by the report ascertaining that these 39 final wallets hold a whopping 150,000 ETH each. It adds that the OMG tokens could belong to OMG advisors, “who want to protect their reputation by disassociating the wallets containing OMG tokens from their huge ETH holding”. It also states that a person who is interested in “faking the decentralization of ETH” is someone who wants to protect the integrity of the “ETH brand”

The post 5% of the total Ethereum [ETH] supply was transferred on the same day appeared first on AMBCrypto.