The year started with a bang as one of the leading exchanges reported a case of cryptocurrency heist that occurred on their platform. The exchange in the spotlight here is Cryptopia, a New Zealand cryptocurrency exchange. The platform released an official statement on January 15, 2019, stating that they faced a security breach, which resulted in a significant loss.

The platform, however, has still not disclosed details pertaining to tokens that were stolen from the platform and the worth of the tokens. To add on, the announcement stated that the exchange will be under maintenance until the case of the stolen tokens has come to a conclusion. It is currently being taken care of by the New Zealand police officers and the required regulatory authorities have been informed about the incident.

Now, a research by Elementus, a next-generation blockchain analysis company, outlines the timeframe of the heist and total tokens that were lost. The report stated that the funds were moved from the platform’s two hot wallets, one had Ethereum [ETH] and the other had ERC20 tokens, on January 13, 2019, 1:28 PM GMT. 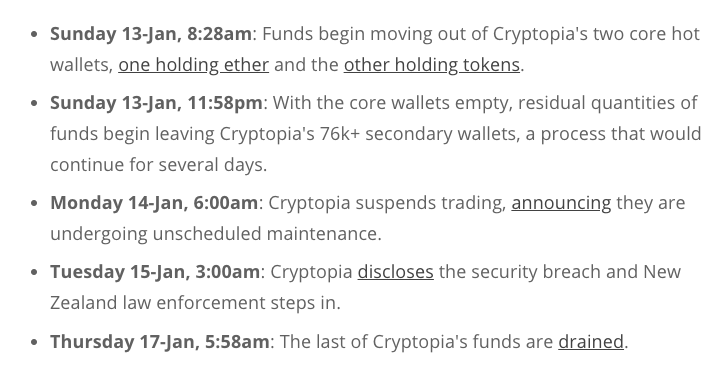 This was followed by the disclosure of the cryptocurrencies that were stolen. The report stated that Ethereum and ERC20 tokens were worth about a whopping $16 million. It further states that this number was taking into consideration only information found on the Ethereum blockchain.

“The funds were taken from more than 76k different wallets, none of which were smart contracts. The thieves must have gained access to not one private key, but thousands of them […] It seems Cryptopia not only lost their funds, they also lost access to all, or nearly all, of their 76k+ Ethereum wallets.” 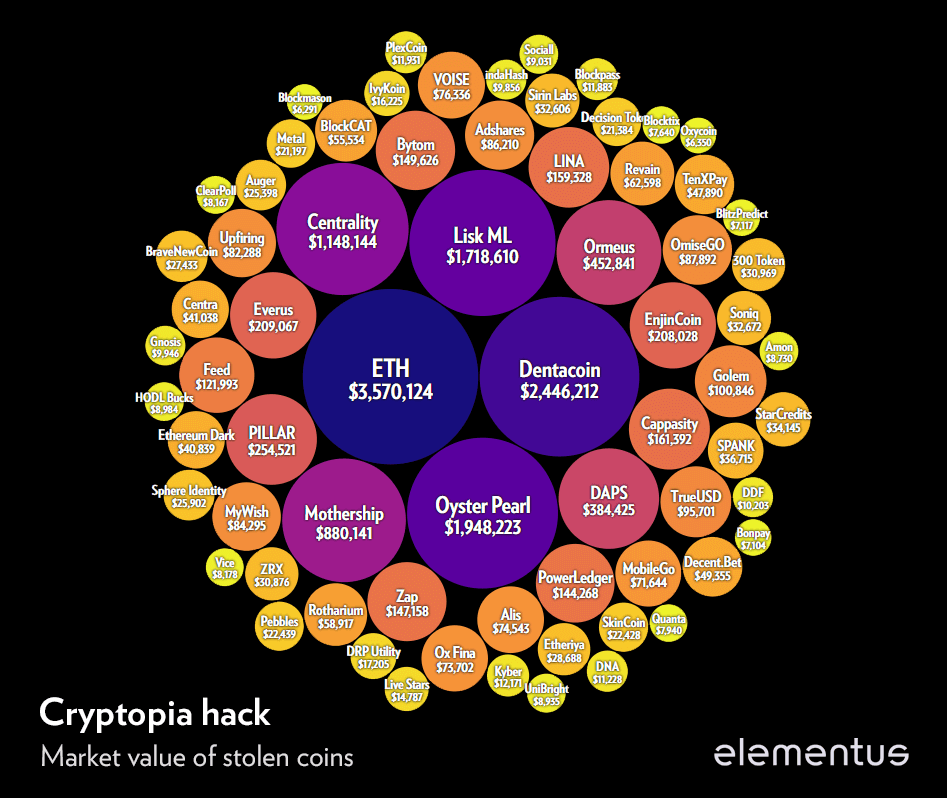 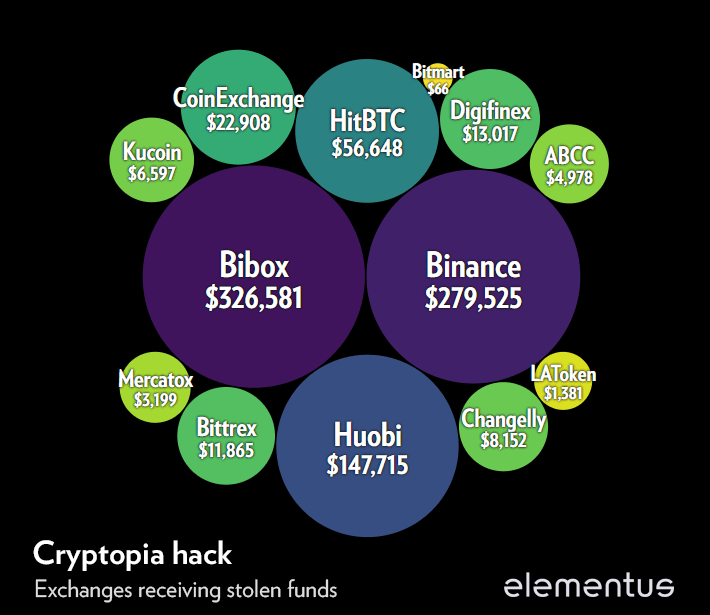 The post $16 million worth of Ethereum & ERC20 tokens stolen during Cryptopia hack appeared first on AMBCrypto.