A Twitter fan-channel of XRP called XRP Research Center, today uploaded a list of successes and developments that have taken place in the XRP ecosystem since mid-October. The tweet was mainly about the integrations that have been made into the ecosystem, wherein, some of the mentioned ones were the adoption of xRapid by SendFriend and r3 choosing XRP as the first settlement mechanism for Corda Settler. The full tweet read: 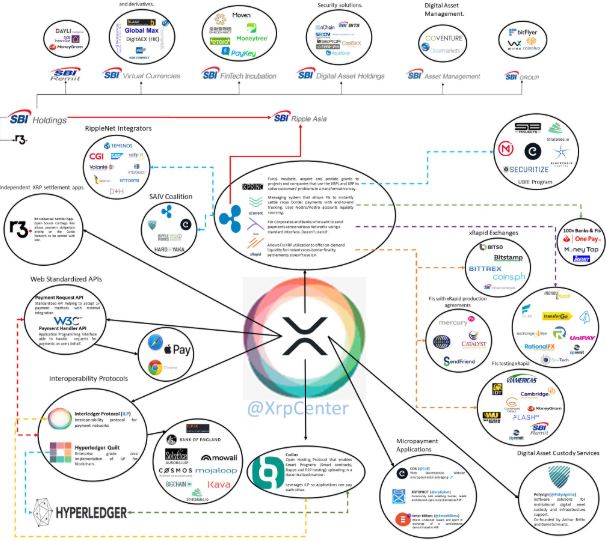 Recently, Ripple and XRP saw a lot of adoption and partnerships this year. One of the most significant cases is r3’s inclination towards XRP. This is because Ripple and r3 used to be industry rivals wherein a lawsuit was involved. Here, the case revolved around an agreement outlining that r3 was allowed to purchase 5 billion XRP at the price of $0.0085 per unit from Ripple’s subsidiary.

The case went on for a while before the conflict could finally be resolved in September 2018. Regarding this, the involved parties published a press release stating that the dispute was resolved under confidentiality. The press release also stated:

“R3 HoldCo LLC, R3 LLC, Ripple Labs Inc. and XRP II, LLC announce that they have reached a settlement of all outstanding litigation between the parties. The terms of the agreement will remain confidential and both sides look forward to putting these disputes behind them.”

Recently, Santander’s service called One Pay FX that uses Ripple’s xCurrent also bagged an award for innovation at FIAwards 2018. The community took it as a huge success due to the involvement of Ripple’s blockchain in Santander’s victory.

“This is beautiful. Look how every entity Benefits from one another working as a collective rather than an individual. Absolutely brilliant great work!”

Another Twitter user took a negative tone and wrote:

“less of an ecosystem more of a toxic swamp?”

The post XRP ecosystem blooms as the year ends; Ripple, r3 leave animosity behind and more appeared first on AMBCrypto.