XRP overtaking Ethereum to become the second largest cryptocurrency was talked about in the cryptocurrency community for a long time as it was not just a momentary switch in the ranking.

Ripple’s Chief Marketing strategist, Cory Johnson tweeted to an article of a popular news portal insinuating that the market cap was calculated incorrectly. 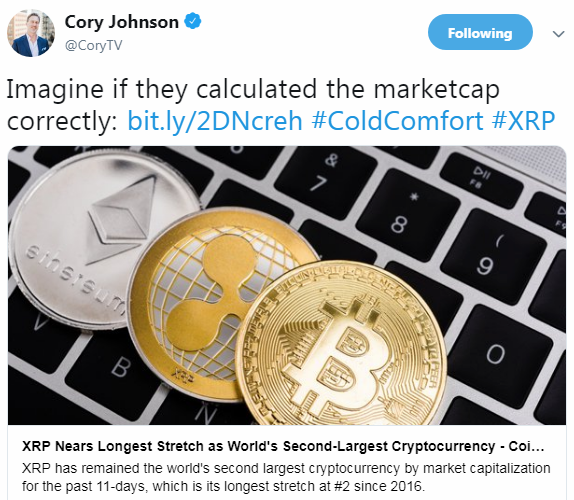 The other half of the community argue that with that definition the Bitcoin’s market cap has to be reduced as well because Craig Wright holds 1.1 million BTC in an escrow called “Tulip-Trust” which will be released in 2020.

Yahoo finance website is in agreement with the latter half of the community and considers the escrowed XRPs as well.

As per CMC the market cap of XRP at the time of writing was $14.57 billion and that reported by the Yahoo Finance the market cap is $36.17 billion while the price of XRP remaining at $0.3616.

Prominent members in the XRP community like Tiffany Hayden and Dr. T are against CMC’s version of market cap for XRP.

“1/2 You keep saying this, but it your methodology is wrong and should be altered to:
A) better represent all projects
B) adhere to already standardized methods of determining market capitalization rather than arbitrarily creating a methodology that falls outside of the norm

2/2 BTC’s supply currently includes all unrecoverable BTC and large holders’ balances.
What does it feel like constantly losing these ideological battles? I hope it’s more exhausting than it is constantly fighting them.”

Furthermore, some community members even pointed out how CMC excluded the data from the Korean exchanges for market cap calculations on January 8, 2018 without any prior intimation. 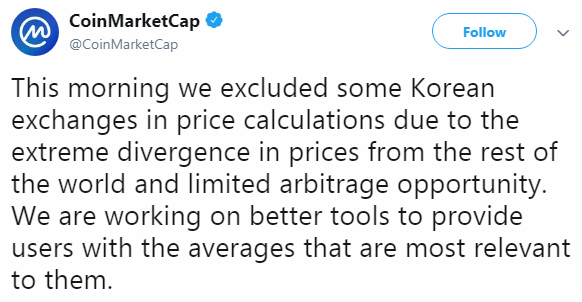 CMC, at one point partially agreed with the community and asked a Ripple official to submit a request to update the market cap. 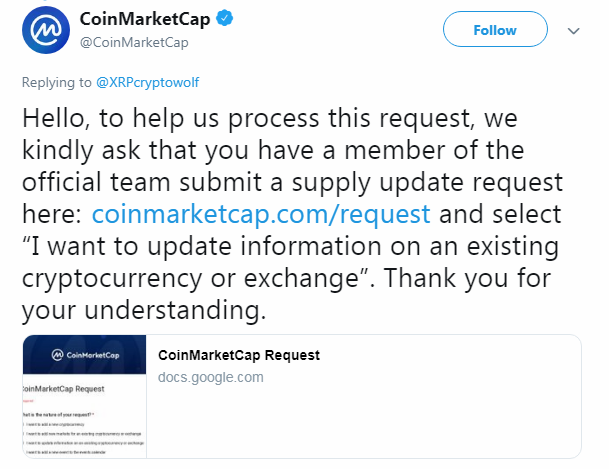 David Schwartz, CTO of Ripple commented on the matter:

“I don’t really have strong feelings either way. It is hard to figure out how to be fair in all these different cases. But it is weird that XRP winds up getting penalized in many ways for its transparency with people assuming the best imaginable about what they do not know.”

“Jon Redz:
Cory johnson would disagree with you. In fact Maybe the SEC should look at CoinMarketCap for manipulation of the market as they clearly have a bias towards, anyway no longer using coinmarket cap as it does not give you the true facts”