As technology grows, so too does its potential for exploitation. Where there were a reported 3.8 million computer records breached in 2010, by 2016 the figure had increased tenfold to over 3.1 billion. 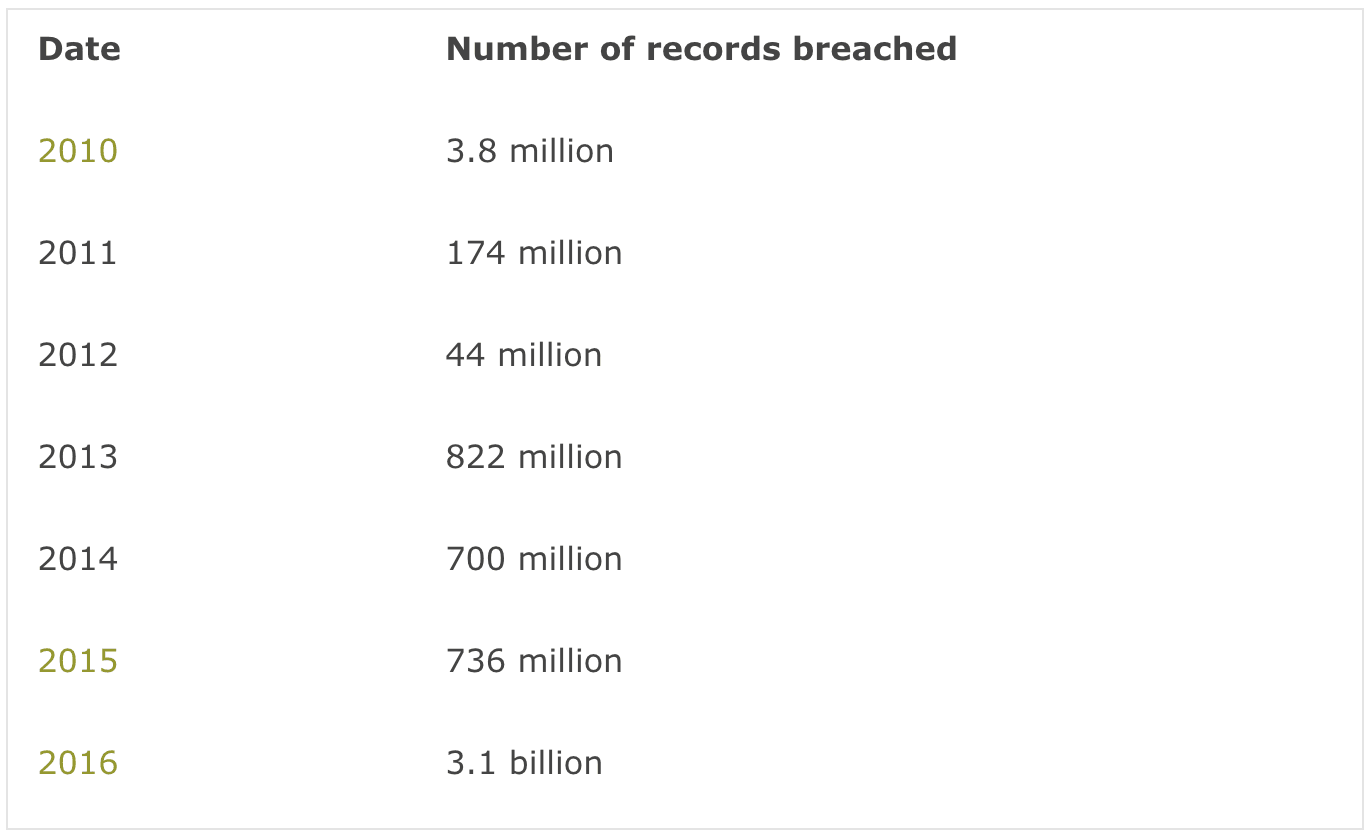 There are plenty of contributing factors to this increase to near-epidemic level of compromised security, from the power of the software available to hackers to the rise of Bitcoin providing them with a quantifiable currency to hold for ransom.

Fortunately, as the tools at the disposal of hackers becomes more sophisticated, so too does our defences. The arrival of blockchain and intricate biometric verification systems promise to provide users with a safe foundation in which to conduct their business online.

The global toll of ransomware attacks on computers worldwide totalled over $5 billion in 2017, so can biometrics transport us back to the relative tranquillity of pre-2010 levels of cybercrime? Given the sheer aggression of the software used to compromise our data it could be a difficult ask, but in this article, we’ll take a deeper look at the types of verification methods that will be looking to keep us safe moving forward.

We live at a moment in time where we’re governed by our passwords. The problem is that they’re not only becoming easier to decipher for criminals, but they’re also vulnerable to human error. How many passwords do you have written in your notes right now? And how many times have you opted to choose an imaginative password so that it’s easier to remember?

Even with the use of a symbol, it takes just a fraction of a second to crack a six character password for a hacker with the right tools at their disposal, which is why you may have noticed more complex instructions for setting your security phrases when registering with websites in recent years.

In fact, most people use similar or the same passwords across many different websites and platforms. 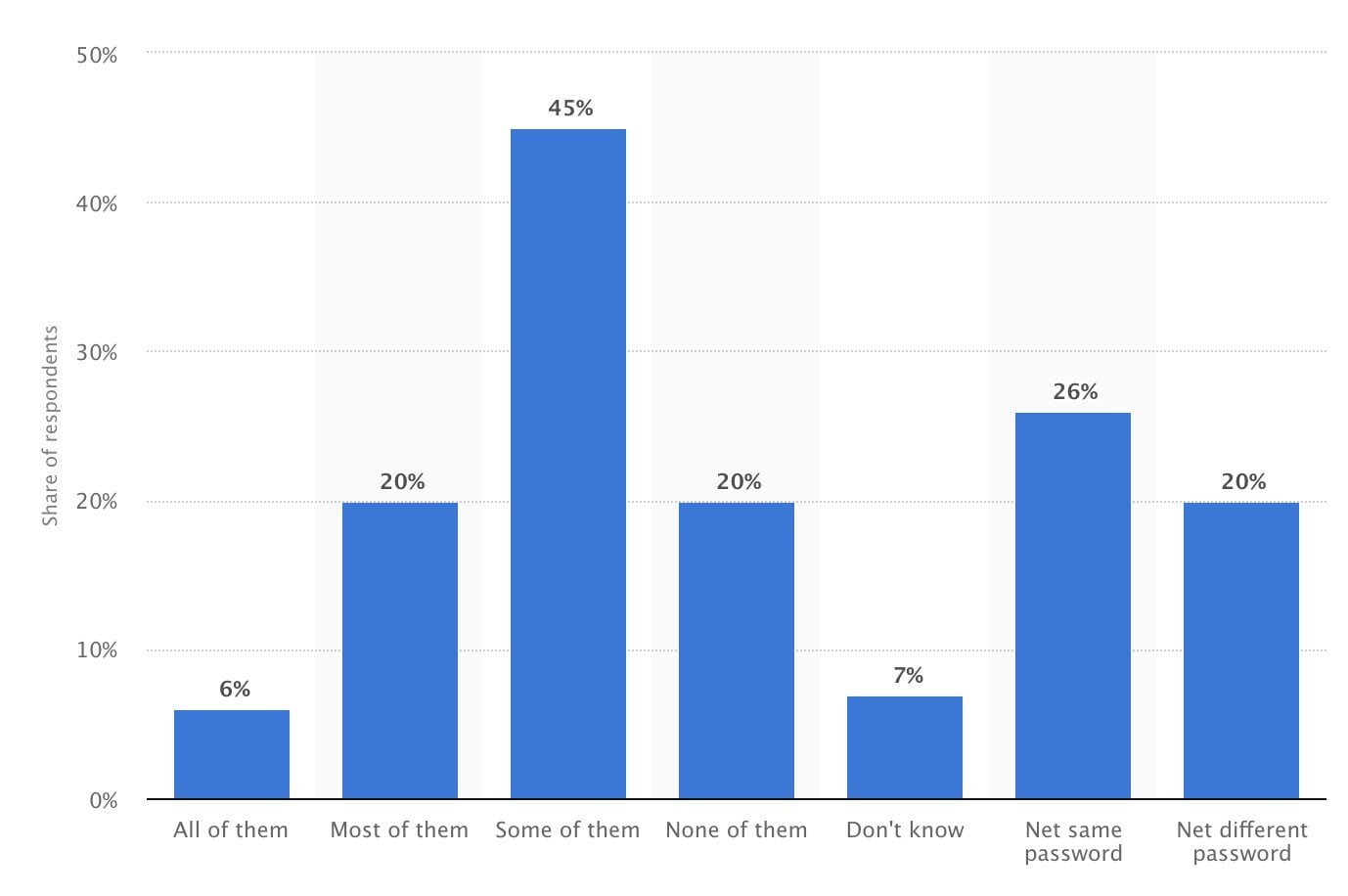 The problem is that the old-fashioned password is fallible. Because of this, more pioneering companies are turning to biometrics to keep its customers secure. Notably, Apple have incorporated ‘Face ID’ into their latest smartphones, as well as fingerprint verification.

Stephen Cox, the Chief Security Architect at SecureAuth believes that Apple’s adoption of biometrics is paving the way for a seismic shift in industry standards: “It’s certainly a sign that biometrics are becoming more of a commonplace technology with a critical place in authentication. It’s interesting to see the consumer market leading the enterprise market in the adoption of biometrics. The major smartphone vendors are making it easier for the enterprise market to move towards passwordless.”

Cox’s perception of biometrics is something that Paul Barnes of Webroot agrees with. Barnes forecasts “continued growth in biometric services and devices with usernames and passwords becoming the legacy choice for authentication.”

One major advantage of adopting biometrics is its potential for stopping brute force attacks in their tracks. With fallible passwords giving way to multi-factor verification, the task at hand for hackers is made monumentally more complex.

Such secure levels of encryption are already being adopted and developed within the burgeoning cryptocurrency industry, for example. Where the values of digital currency are increasing, so too are the security measures to combat cryptojacking.

Another example of a company is Humans.net, which plans to integrate DNA verification on its freelancing platform.

As we fight to keep our personal and confidential information secure against ever-advancing technology, it’s plausible to see the advent of even more foolproof identification measures being implemented in the coming years.

Although still in its fledgling stages, researchers at Columbia University believe that they’ve created a blood test that’s capable of determining a user’s identity within minutes.

The method, which utilises an off the shelf device called MinION, may pave the way for the most flawless of approaches to security, and could ultimately be an effective way of keeping highly confidential information such as intelligence or medical trial data robustly free from prying eyes.

Samsung recently filed a patent that details ways to track the flow of blood inside a user through photoplethysmography (PPG), electrocardiography (ECG), and galvanic skin response (GSR) sensors.

While such technology will certainly make waves in tracking human health, biometric scientists agree that blood flow is actually a unique trait that varies from person to person – meaning that the technology could ultimately make for a continual verification system by constantly monitoring its user’s blood flow through their pulse.

The rapidly increasing instances of cybercrime illustrates the flaws of password-based security systems online. Fortunately, while hacking tools develop and become more aggressive, we get to benefit from the realisation of the potential that biometric verification. Forgetting passwords is a sure-fire way to ruin anyone’s day, so the next time it happens just cast your mind forward to a future where we’ll never have to remember a security phrase again. Bliss.

The post Will Biometric Verification Herald A New Era Of Unprecedented Security? appeared first on ValueWalk.